Examining Polish Culpability in the Holocaust - The Jewish Voice

Examining Polish Culpability in the Holocaust

Can Poland look honestly into its anti-Semitic past?

Polish Prime Minister Mateusz Morawiecki canceled his trip to Israel. He was meant to attend the Visegrad Summit (first time to be held in Jerusalem and not in East-Central Europe) which was to include the prime ministers of the Czech Republic, Hungary, Poland, and Slovakia. Israel is now an active partner in this group. According to Polish government sources, the reason for the cancelation was due to comments made by Israel’s Prime Minister Benjamin Netanyahu, alleging Polish culpability in the murder of three million Polish Jews during the Holocaust.

The diplomatic “crisis” between Israel and Poland this time was essentially over one word–“The.” Responding to a question by the Israeli outlet Kan, regarding Poland’s Holocaust law, Netanyahu was alleged to have said “The Poles cooperated with the Nazis” during the Holocaust. It soon however, became clear that what Netanyahu actually said was that “Poles cooperated with the Nazis.” Naturally, it was not all “the” Poles.

Poles are particularly sensitive to insinuations that Poland, as a nation, cooperated with Nazi Germany during World War Two. This prompted the Warsaw government to enact legislation in January, 2018, which criminalized blaming Poles for Holocaust crimes.

The law created a major diplomatic crisis between Poland and Israel. The U.S. criticized the Polish law as well. The dispute was resolved when the Polish government, with input from Israel, amended the law essentially decriminalizing, and softening it. Still, Netanyahu was criticized for his joint statement with his Polish counterpart, which alluded to the involvement of the Polish resistance in helping Jews. Israeli historians, including the Yad Vashem Holocaust Memorial and Museum in Jerusalem, considered that a distortion of history.

Polish-Israeli tensions flared up again late last week when Israel’s interim Foreign Minister, Israel Katz, reportedly claimed that Poles “suckled anti-Semitism with their mother’s milk.” On Monday (2/18/2019) Polish Prime Minister Morawiecki slammed Katz’s remark as “reprehensible, unacceptable, and simply racist words.” French TV outlet, France 24, went a step further suggesting that comments were “racist,” a term very much in vogue with the hypocritical European Union (EU) elites. In fact, the statement by Katz is not new. It was invoked by the late Prime Minister of Israel Yitzhak Shamir, a Polish Jew, whose father was murdered in Poland during WWII.

During last week’s Ministerial Conference on Middle East Peace and Security (February 13-14, 2019), U.S. Secretary of State Mike Pompeo surprised his Polish hosts by bringing up Poland’s lack of a formal law to return property stolen from Jews during WWII. Poland is apparently the only EU country without such a law. Pompeo said, “We also appreciate the importance of resolving outstanding issues of the past, and I urge my Polish colleagues to move forward with comprehensive private property restitution legislation for those who lost property during the Holocaust era.” Jewish property in Poland, including the home of this reporter’s parents, was taken over by Poles, and those thefts were institutionalized by the then Communist regime in Poland.

PM Morawiecki’s reply was that the issue has been “definitely resolved.” This response was wrong and inaccurate. The 1960 treaty between Communist Poland and the U.S. addressed only people who were citizens of the U.S. during the Holocaust. Therefore, the treaty excluded most American Holocaust survivors from Poland who were not citizens at the time, those who had arrived after WWII and came to the U.S. in subsequent decades.

Nazi Germany chose to locate its death camps in Poland, ostensibly because of the rabid anti-Semitism in pre-war Poland. Of course no one would argue with the fact that Nazi Germany is responsible for the murder of Six Million Jews, among them over three million Polish Jews (my own relatives included). 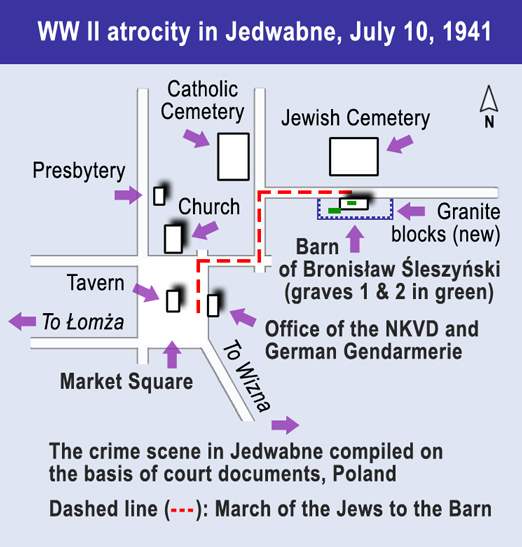 History however, cannot ignore the collaboration of Catholic Poles in the murder of their fellow Polish-Jewish citizens. Polish journalist Anna Bikont describes in her book “The Crime and the Silence,” what happened on July 10, 1941 in Jedwabne, a town of 3,000 residents in northeastern Poland. A mob of Catholic Poles murdered most of their Jewish neighbors that day. “Using axes, clubs, and knives, the mob first killed some 40 Jewish men. The remaining Jews – men, women and children, many of them infants – were herded into a wooden barn on the outskirts of the town. Then, as the jeering mob watched, the murderers barred the doors, poured gasoline on the structure and lit the fire. Everyone inside died.” 1,600 Jewish men, women and children perished in the fire, while the mob of peasants plundered the Jewish homes of their victims. At the monument for the burned Jewish victims erected in later years, the inscription reads: “The site of the martyrdom of the Jewish population. Gestapo and Hitler’s gendarmerie burned alive 1,600 people, July 10, 1941.” No mention of the fact that Catholic Poles perpetrated this heinous murder.

A Polish-American academic of Jewish decent, Jan T. Gross wrote a book titled “Neighbors,” which dealt with the role Catholic Poles played, including many of its church leaders, in the collaboration and murder of their Jewish neighbors. Gross exposed the enormous efforts the Polish perpetrators had made along with their families and the Church leadership in denying Polish responsibilities. Among those thousands murdered by Poles was a cousin of this reporter, 10 year-old Zvi-Leib. He was placed in the hands of a Polish farmer for safekeeping, who was given an appreciable sum of money for his deed, while Zvi-Leib’s mother and two sisters were deported and murdered at the Belzec Death camp. The farmer murdered Zvi-Leib in cold blood…

Polish anti-Semitism has been endemic in the past, with some strains of it still contaminating Polish society.

The Polish democratic governments, on the other hand, have been one of the closest allies and friends of the Jewish state in Europe. Poland has stood with Israel at UN agencies, as well as in the EU. Poland moreover, does not fund anti-Israel Non-Governmental Agencies (NGO’s) as Germany does these days. Nor does Poland act hypocritically as Germany does with regards to its hidden support of the BDS (Boycott, Divestment, and Sanctions) movement.

Israel cannot afford to give up on Poland as a close friend. For Israeli-Polish relations to solidify further, Poland must look with honesty and resolve its past, and confront its anti-Semitic history. Polish-Catholics and Polish-Jews share a 1,000-year glorious history. Polish Jews contributed richly to Poland’s prosperity, and Israelis of Polish decent can contribute much more now and in the future to enrich Poland.

The two governments must consider a wide, all consuming educational dialogue that would deal with what happened in Poland during WWII. It should include the entire educational system, Catholic seminaries, the media, the arts, and in foreign relations. Israelis too, should be cognizant of Polish sensitivities regarding WWII, and its cruel treatment by Nazi Germany. Unlike the Austrians who welcomed Hitler and the Nazis in 1938, and later claimed victimhood, the Poles were actual victims. Still, many Poles collaborated with the Nazis and victimized their fellow Jews. 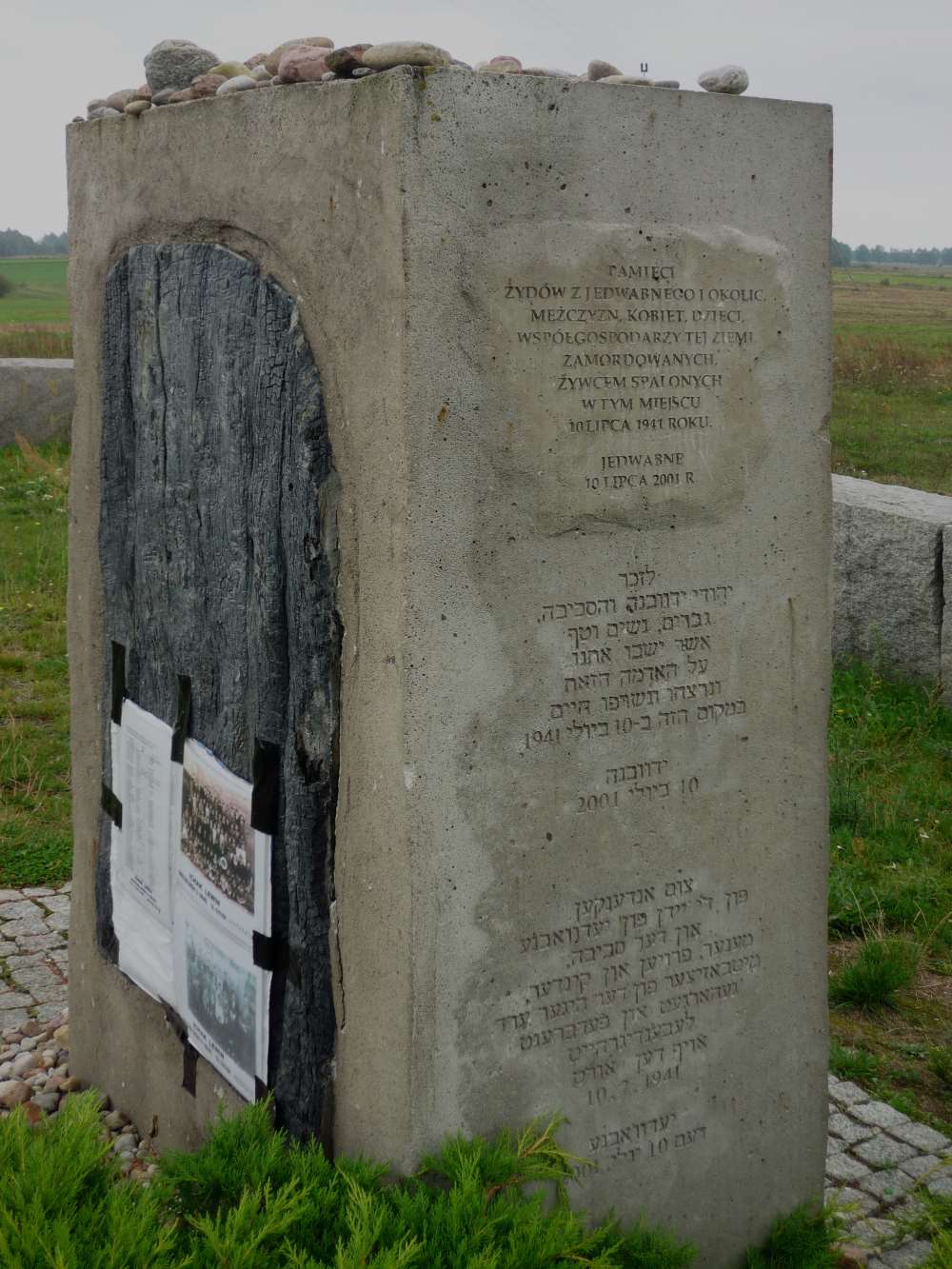