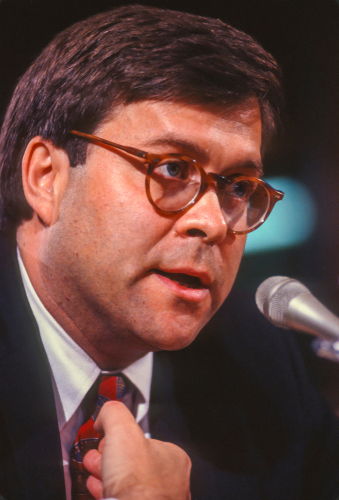 Agudath Israel of America congratulates William Barr on his confirmation as Attorney General of the United States.

From 1991 to 1993, Mr. Barr served as Attorney General in the administration of President George H.W. Bush, and Agudath Israel had occasion to work closely with him on issues of concern to the Orthodox Jewish community. He proved himself to be a great champion of religious liberty, as he took a leadership role in protecting the civil rights of Orthodox Jewish communities that were encountering harassment and discrimination.

The relationship between Mr. Barr and Agudath Israel was highlighted at the organization’s 70th anniversary dinner in 1992, when the Attorney General was feted with Agudath Israel’s Humanitarian Award.

“We are delighted that Bill Barr is the new Attorney General,” said Rabbi David Zwiebel, Agudath Israel’s executive vice president. “As we can attest through personal knowledge, he is eminently qualified to fill this important post. We look forward to working closely with him – just as we did during his first tenure as Attorney General a quarter of a century ago.”