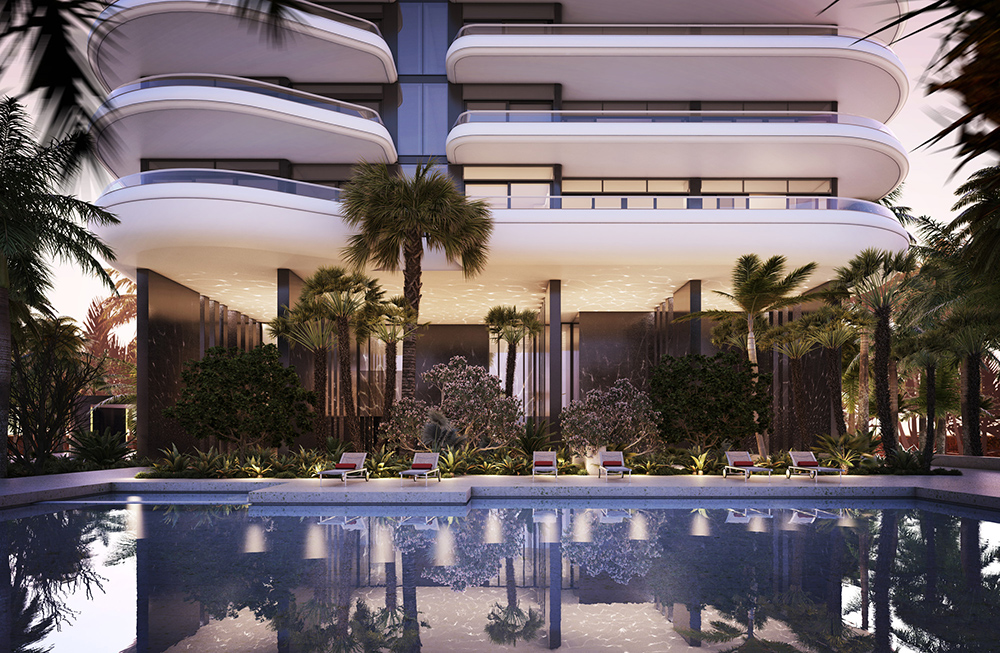 The name Faena has quickly become synonymous with the uppest of upscale living.

Alan Diego Faena, born 20 November 1963, in Buenos Aires, is an Argentine hotelier and real estate developer who has developed properties in his native Buenos Aires, as well as Miami Beach, Florida.

The son of a second generation Syrian Jewish textile manufacturer, Faena is the founder and President of the Faena Group and a member of the Tate International Committee and the New Museum Leaders Council. He also previously founded Via Vai in 1985, a fashion label, and worked as a fashion designer.

According to Curbed Miami, the brand new Faena House penthouse combined with another unit has officially sold for $60 million, making it the biggest sale ever for a single family home in Miami-Dade County.

“This comes almost a year after the news of the sale broke on Curbed when the building was still under construction, and more than two years after the top unit in the building designed by Foster+Partners was listed for $50 million,” the real estate site reported.

The Wall Street Journal noted that the developer “customized the layout for the buyer… and the apartment now has eight bedrooms, over 12,500 square feet of interior space and nearly 10,000 square feet of exterior space. On the top floor, there is a 70-foot-long rooftop pool with views of the Atlantic Ocean and the Miami skyline.”

The 8,273 square foot penthouse itself was combined with a lower unit, the 4,243 square foot ‘Penthouse B,’ to achieve the full 12,500 square footage, Curbed pointed out. “This explains why it sold for $10 million over ask. (Although the deal has closed and should be public record, it is still actually listed as available on realtor.com) This beats out the now second most expensive single family home ever sold in Miami-Dade County, 3 Indian Creek Island Road, by a whopping $13 million. The Douglas Elliman sales team representing Faena in the transaction included broker Oren Alexander, who also represented both the seller (along with the Jills), and the buyer (exclusively) of 3 Indian Creek. So, that’s one hell of a winning streak for him.”

Indeed, tongues began wagging recently when Kanye West surprised Kim Kardashian with a condo there. E! News has confirmed that “the “Stronger” rapper purchased a $14 million condo for the couple in the luxurious 18-story Faena House complex in Miami Beach. Kanye, who recently spent time in the area, viewed the property while he was in town for Art Basel.”

“Kanye completely surprised her for Christmas with the gift,” a source tells E! News. “Kim and Kanye did not view the condo together and they have not been looking. She has also never seen the condo.” According to reports, the unit is 4,700 square feet and has four bedrooms and five and a half bathrooms. Kimye’s new place also has a large wraparound terrace, says eonline.com.

But even more of the glitterati are finding their way there. TheRealDeal.com pointed out recently that “With potential neighbors like Goldman Sachs CEO Lloyd Blankfein and Apollo Global Management co-founder Leon Black, the elaborate Faena House in Miami Beach is luxurious enough for Jay Gatsby himself. Or at least for his filmmaker.”

Director Baz Luhrmann, said the site, “put the skills he used in creating last year’s epic version of “The Great Gatsby” to new use by filming a grandiose video for developer Alan Faena. Luhrmann, an Oscar nominee, and his Academy Award–winning costume designer wife Catherine Martin teamed up with Faena, an Argentine known for redeveloping a section of Buenos Aires, on the repositioning of the former Saxony Hotel as part of a larger mixed-use development.”

Luhrmann told TRD he learned of the project from billionaire investor Len Blavatnik while in France last year for the premiere of “Gatsby” at the Cannes Film Festival. He met Faena soon afterward in Buenos Aires. “From the moment Catherine and I met Alan Faena and his partner Ximena, we fell in love with them,” Luhrmann said in a statement, adding they share a “sensibility—a romance and a passion to create worlds for people to escape into.”