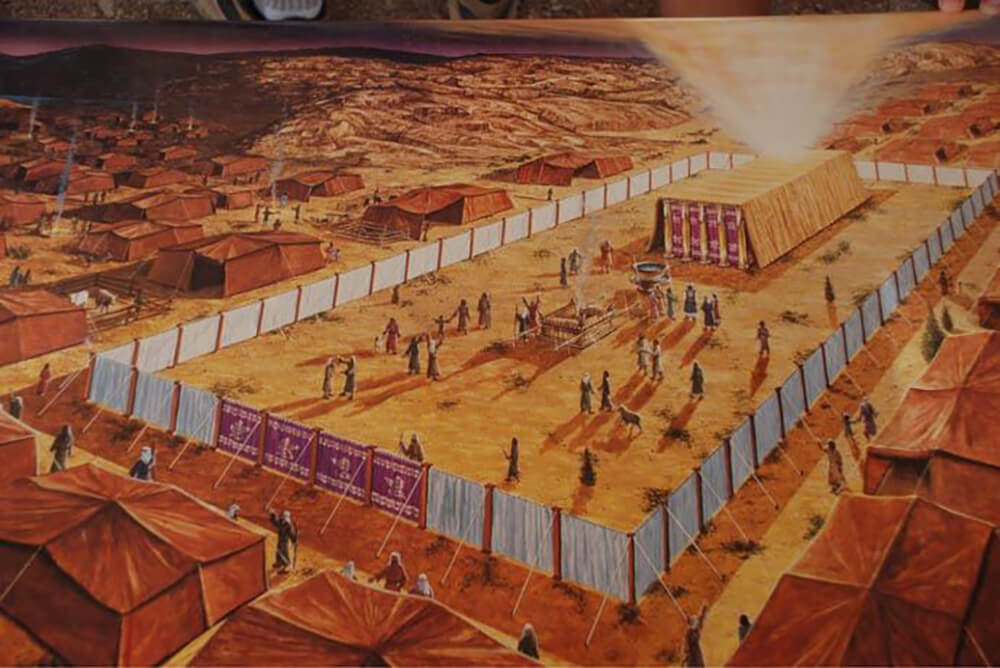 The verse lists the various materials that were donated to the Mishkan. The Torah mentions “gold, silver, and copper; turquoise, purple, and scarlet wool; linen and goat hair; red-dyed ram skins, tachash skins, acacia wood; oil for illumination, spices for the anointment oil and the aromatic incense; shoham stones and stones for the settings, for the Ephod and the Breastplate.” [Shmos 25:3-7].

The Or HaChaim notes that this list appears to be presented in descending order of value — until the end, when the shoham and other precious stones are mentioned. If so, he asks, why is it that the shoham stones and the setting stones are placed at the end of the list? These precious stones were perhaps the costliest items required for the construction of the Mishkan and the associated vessels.

The Or HaChaim suggests three answers to this question.

His first answer relates to the “story behind” the Shoham stones and the setting stones. Rashi cites the fact that the Nesi’im [princes], when solicited to donate to the Mishkan, told the solicitors to collect from everyone else first. They would volunteer, they said, to fill in the gaps of whatever was lacking at the end of the building campaign. The general populace, however, contributed everything necessary for the building–even to the point of having a surplus. The Nesi’im therefore gave the precious stones that were not part of the main building fund. However, the Torah was critical of their “laziness” in contributing, and dropped a letter from the name Nesi’im [Shmos 35:27].

We would look at their offer as very admirable. If we were conducting a building fund campaign and we received an offer from a donor “to make up any deficit remaining at the end of the campaign” we would consider that a tremendous offer. The Torah, however, is critical of their actions. What was wrong with their approach?

The problem with that approach is that they should have realized that in building the Mishkan, there could be no such thing as a deficit. A deficit means a lack, something missing. But G-d did not need our money in the first place. He merely gave us the opportunity to have the merit of participating in the mitzvah. There was going to be enough in this case no matter what. The question was only who will have the mitzvah of building the Mishkan. The princes were criticized for losing the opportunity to participate in the mitzvah.

In a similar vein, someone once came to the Chofetz Chaim and offered to underwrite the entire budget of the Radin Yeshiva. The holy sage refused the offer. The Chofetz Chaim told the donor that he could not allow one person to take away the merit of all the other donors and potential donors to his Yeshiva.

Rabbi Zev Leff explains the significance of the punishment given to the Princes for their ‘laziness’ in contributing to the Mishkan. The punishment was that a letter was taken away from the word Princes (Nesi’im — Nun Sin Aleph Yud Mem), leaving it to read Nisaim (Nun Sin Aleph Mem). The difference between the two words is dramatic. Nesi’im means those who carry. Nisaim means those who are carried. The Princes were taught that they forgot a basic and fundamental lesson: The Ark of the Torah carries those that carry it, not the other way around. A person who donates to a Torah institution or to a Torah scholar should not think “I am supporting Torah.” Rather, he should realize that “Torah is supporting me.” Therefore, to impress this lesson upon the Princes, their title of “Carriers” was removed and they were called “Those Who Needed To Be Carried.”

According to the Or HaChaim’s first answer, this is why the Shoham stones are mentioned last in the sequence of donations. Even though they were precious, since this was a gift that came about with a lack of excitement and enthusiasm, it was relegated to last place, so to speak, in the enumeration of the Mishkan’s donations.

The second answer that the Or HaChaim gives to this question is that everything else in the list was sanctified (Kodesh) and could not be used for any secular purpose. However the Shoham stones and the setting stones were on the Priestly garments. The Priestly garments may be used for non-sacred purposes [Yoma 68b]; the Kohanim may wear these clothes (at least for a short time) even while “off duty.” As such, these gifts did not wind up in as sanctified a state as the other materials, and hence are mentioned at the end of the list.

Finally, the Or HaChaim mentions a third answer: that according to at least one Midrash, the Shoham stones were not donated by human effort. They were brought to the Camp of Israel on heavenly clouds. Therefore, they were in a different category than the other donations and were mentioned last.

We must say — according to all the answers of the Or HaChaim — that in fact the listing IS in descending value. But value is not determined by monetary value. Value is determined by other measures–by self sacrifice, by how much work went into it, by the way in which it was presented and how it was given. That is value.

The list IS based on value. As to the premise of the question–aren’t precious stones more valuable than spices? The answer is–it all depends. These particular stones were not worth more than spices, for any of the reasons provided.

A Jew that scrapes together his money and donates spices with much love and much self-sacrifice may be donating a gift that at face value is worth a fraction of the value of the Shoham stones, but in the Heavenly measure, the spices may very well be more valuable. Value is not determined by what the “street value” will bring for the commodity. Value is determined by a totally different standard. G-d has a standard regarding how an item is given, which is why the gift of the poor Jew given with enthusiasm surpasses the gifts of the Princes given lazily. G-d has a sanctity standard, which is why the spices are worth more than the Stones worn as part of the priestly garments. G-d has a standard regarding that which is given of what is given through self-sacrifice and toil, rather than as a G-d sent gift that arrives on the clouds.

The Or HaChaim is answering that his original observation was correct. The gifts are enumerated in descending order. We just need to understand the standard or scale by which the hierarchy of value is measured according to each of the Or HaChaim’s answers.

A Jew in Post-War Europe Tells of Jewish Revenge