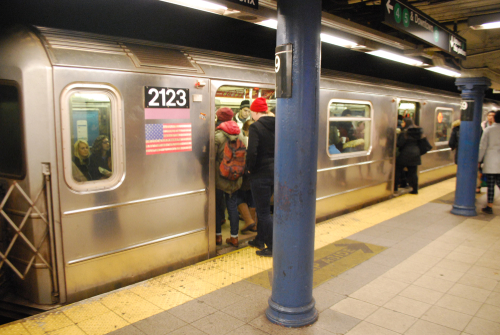 Tesla doesn’t make subway cars, but that’s not stopping Governor Andrew Cuomo from reaching out to Elon Musk’s company for advice on upgrading the inefficient and decrepit system.

At a press conference on Friday, Cuomo said his people had contacted Musk’s brain trust for technology pointers.

So-called “ultra-wideband” sensors used in cars could help prevent accidents, Cuomo said. “It is outside the box,” he said. “Tesla doesn’t do subways. And there is no company that does subways that is proficient in that technology.”

Cuomo’s criticism about the subway system are far from new. He famously challenged the MTA a while back to launch “The MTA Genius Transit Challenge,” an international competition seeking groundbreaking and innovative solutions to increase the capacity and improve the reliability of New York City’s subway service.

“It is no secret the New York City subway system is in dire need of upgrades and repairs, not only for the safety of commuters and visitors throughout the metropolitan area, but in order to meet the demand of travelers as ridership continues to grow,” Cuomo said in a press statement. “With the launch of this MTA Genius Transit Challenge, we will draw some of the greatest minds from across the globe to the Empire State to help inspire forward-thinking, innovative ideas that will usher in a new era of mass transit for New York that ensures the safety and efficiency of travelers today and tomorrow.”

Cuomo openly challenged the MTA to reimagine solutions to systemic issues with the subway system, all targeted on expanding the number of trains per hour at peak periods to relieve overcrowding and to enable more reliable service with fewer delays, his office said. “Ideas should improve reliability of the subway car fleet by obtaining new cars faster, or refurbishing the existing fleet to improve reliability, thereby reducing delays. This competition seeks to harness the innovative capacity of outside experts who will team together to combine new perspectives, skills and technical understanding wholly separate from the work presently underway.”

Plans for improvements that Cuomo has mentioned include these:

* To address the aging signal system in a faster and more efficient way to enable the MTA to expand the number of trains per hour during peak periods;

* To design communications technology for cellular and WiFi connectivity that can be installed throughout the entire subway system including tunnels.