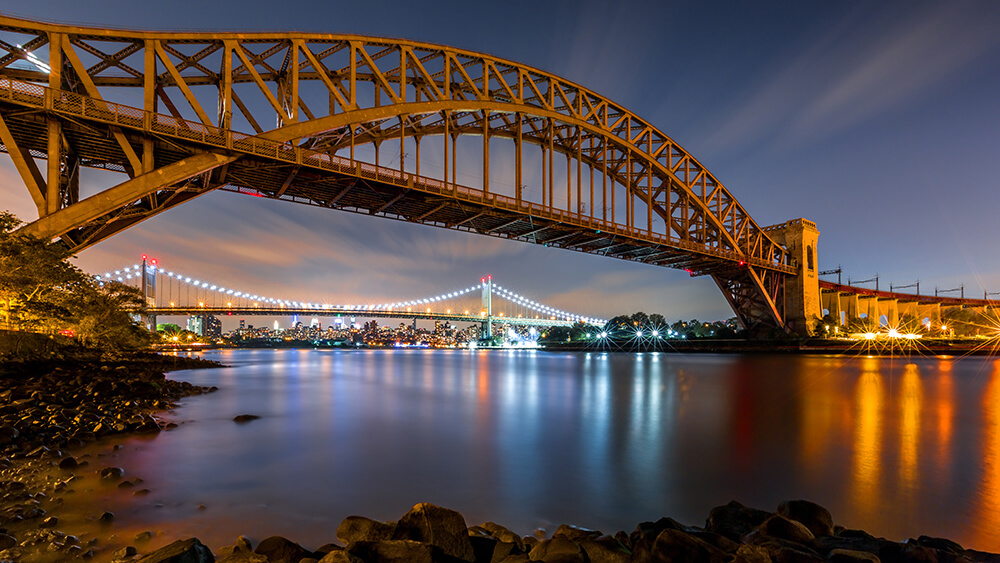 Looking for new housing? Don’t look too far. Localize.city, a real estate app that provides insights for every New York address, has released its annual list of up-and-coming neighborhoods in NYC for 2019. The data used to compile the list includes: the number of buildings and residential units under construction in any area, as well as its livable features such as transit upgrades, parks, cultural facilities, shopping, and dining options. Developments in progress as of Oct. 10, 2018 were incorporated.

As recounted by the NY Post, here are the nine hottest new neighborhoods that made it to the list.

Astoria currently has 71 buildings that are under construction with a total of 1,958 residential units being built. The neighborhood’s proximity to Long Island City, where Amazon will build its new headquarters, looks promising. The area also touts newly renovated parks, a new food hall, and renovations to the N and W subway lines are slated for completion this year.

Downtown Brooklyn is on the horizon, thanks in large part to Extell’s first project in the borough. Its 68-story luxury condominium tower at 10 Nevins Street and Brooklyn Point will soon be Brooklyn’s tallest residential building. The Brooklyn Point neighborhood is on its way to becoming one the borough’s largest food, shopping, and entertainment destinations. The Center for Fiction is also set to open there this month, and in the spring a mile-long stretch of the Brooklyn waterfront Greenway will debut.

East New York has the most residential units under construction of all the neighborhoods on the list. There are currently 44 buildings underway, for a total of 2,264 new units. Many of the new building will be fully affordable. The median rent there for a one-bedroom is $1,600. Plus, this summer, NYC’s largest state park, will open on Jamaica Bay.

The Financial District is still growing. Close to 1,000 units are under construction across 11 buildings in the southern tip of Manhattan. Many of these developments are pricey. The redevelopment of One Wall Street will create 566 condos with prices averaging at $3 million. The median rent for a one-bedroom in the area is approximately $3,900. The opening of Pier 17 in 2019 will bring many posh restaurants to the area.

GreenPoint, Brooklyn’s northernmost neighborhood, has 42 buildings under construction, with 1,754 units in progress and more is yet to come. As per Localize.city, “no fewer than five major developments are underway.” The most notable building, as yet, is 40-story condo tower named The Greenpoint, which will be occupied early this year. Presently, the neighborhood median rent is $2,400 for a one-bedroom. The local G train is just a few stops away from Long Island City, where Amazon’s new execs will be headed.

Hudson Yards can no longer be underestimated. Related Companies conceived a big bulk of the new neighborhood. The company tapped Robert A.M. Stern to design its fourth condo tower at 555 West 22nd Street. At 15 Hudson Yards, the 88-story condo has already opened for move-ins this month, while the 72-floor hotel-condo tower at 35 Hudson Yards will open later in the year. The median rental price for a new one-bedroom is $3,475. The area will have a public plaza, a 1 million-square-foot shop-and-eat area, and 25 other food and beverage localities.

Jamaica is finally seeing a boom, thanks to the $10 million the state pumped towards this Queens neighborhood. Over 1,300 new residential units are under construction across 14 buildings. The largest of the buildings is The Crossing at Jamaica Station, with two towers housing a total of 669 units adjacent to the AirTrain station, targeting low- and middle-income residents. The area also has affordable housing available.

Melrose, a neighborhood in the South Bronx, has 19 new buildings under construction, most of which will be affordable. La Central, is the main colossal five-building project, which will offer a total of 992 apartments, along with a 50,000-square-foot YMCA, green and retail space. Three of the buildings will open in 2019. Bronx Music Hall, the new permanent home of the Bronx Music Heritage Center, is an exciting addition to the area. Also, Melrose Commons Park, an acre of new public space will be opening. Melrose is the cheapest area on this list, with the median price for a one-bedroom at $1,595.

St. George is the last on the alphabetical list. Staten Island’s flagship town of St. George on the Northshore has 120 units under construction. A large bulk of the new residential units will be at the 13-story new mixed use building, Lighthouse Point. Empire Outlets, NYC’s first outlet mall, is also set to open there in the spring, complete with 100 stores, a 190-room hotel and plenty of dining options.