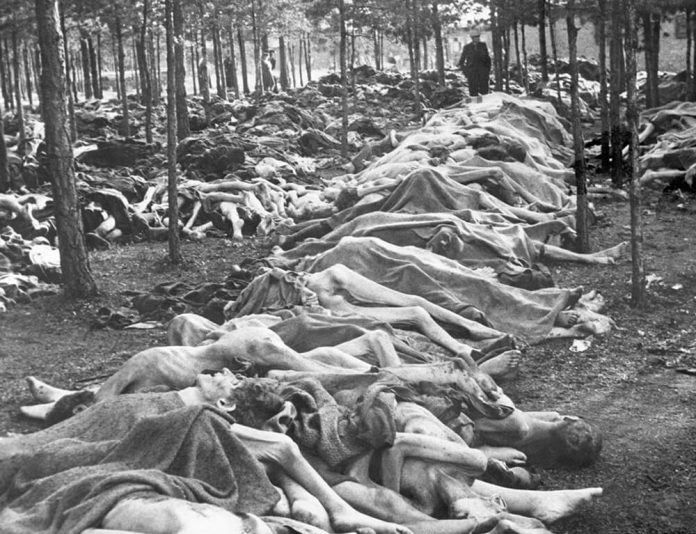 A new study has revealed that Jews were slaughtered at a “hyperintense” rate during the first 100 days of the holocaust. Close to a quarter of all the Jews murdered in the Holocaust were actually killed during the first three months of the operation, in 1942. As reported by the NY Post, the new shocking calculation says that as many as 15,000 people were killed per day for a total of 1.47 million in the 100-day period, likely making it the deadliest three months in the history of humanity. The study published last Wednesday, in the Science Advances academic journal, indicates that the time period between August through October 1942, during the Operation Reinhardt mass-slaughter campaign, was the most ruthless in recorded history.

“Apart from very few exceptions, victims who were transported to the death camps were rapidly murdered upon arrival in the gas chambers, thus giving the system perfected by the Nazis all the characteristics of an automated assembly line,” said Professor Lewi Stone, one of the lead authors of the study. He says that Operation Reinhardt, which began after Adolf Hitler ordered a speed up the genocide, was “poorly quantified in the past.” Stone, who is a mathematician at Tel Aviv University and also a professor at RMIT University in Australia, says the prior estimates undervalue the swiftness and brutality of the kill rate in the holocaust. “These underestimates have been repeated for nearly two decades without substantial criticism, a pattern that has effectively rewritten the history of the Holocaust in a way that diminishes its historical standing and the scale of human life it encompasses,” wrote Stone.

A total of roughly 1.7 million Polish Jews were murdered in the “largest single murder campaign of the Holocaust” from March 1942 till November 1943, primarily in the gas chambers of the Treblinka, Belzec and Sobibor death camps. The study, which introduces the intense average death rate of almost 15,000 per day during the first 100 days of the campaign, is almost three times higher than prior estimates, as reported by the Times of Israel. Stone’s findings are based on analysis of German train deportation data to the three death camps, as compiled by historian Yitzhak Arad in the 1980s. The updated kill rate breaks the records of all barbaric genocides in history. To date, the swiftest killing campaign of the 20th century was considered to be the tragic 1994 Rwandan genocide, in which an estimated 800,000 people were slain over a 100 day period.

Stone rationalizes that the vicious kill rate in the holocaust would have continued if not for the fact that the Jewish population was already so greatly diminished in Nazi-occupied Poland, “so the rate of the killing likely subsided because of the difficulty of rounding up victims.”

“That the massacre occurred in such a short time frame, and under complete deception, ensured the Jewish people did not have a chance and made the formation of organized resistance extremely difficult,” wrote Stone.