Neturei Karta Protest in NYC in Protest Against IDF 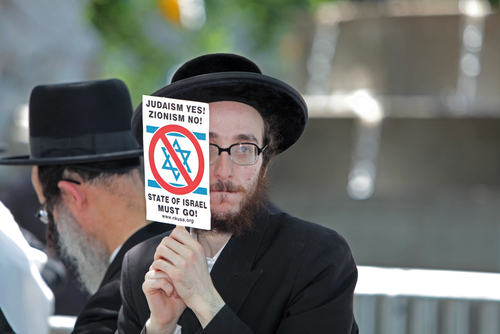 On Sunday, January 6th, close to 100 members of the anti-Zionist Hassidic
group Neturei Karta marched towards Grand Central Terminal in midtown
Manhattan to stage a vocal protest against the Israeli government and their
decision to draft yeshiva men and women in the country’s army. The
videographer said that the site was chosen as it is located across the
street from the New York offices of the Israel Defense Forces and that many
Israeli soldiers and commanders are often present in the area. The group of
demonstrators were made up of members of the Satmar Chassidic dynasty as
well as member of the Neturei Karta. As in the past, the Neturei Karta were
mispresenting the facts concerning the conscription of young Orthodox Jewish
women, according to witnesses.