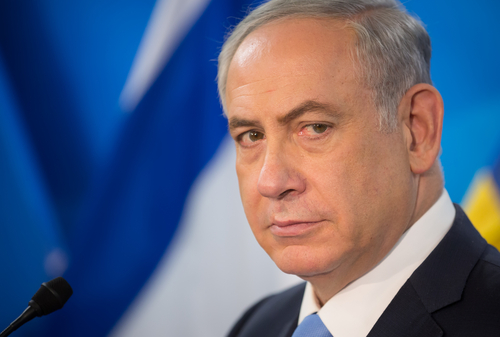 According to the report, senior officials involved in advanced discussions say the decision has already been made to charge Netanyahu. Mandelblit has accepted the recommendation of the State Attorney’s Office, specifically that of the Tel-Aviv Financial and Tax District Office, to indict Netanyahu in Case 4000.

The Bezek-Walla Affair is a case in which Netanyahu allegedly received positive news coverage from website Walla!, which is owned by telecommunications giant Bezek in exchange for preferential regulatory treatment granted to the telecom giant.

Channel 12’s Mako news site reported that the prime minister’s attorneys responded to the news, saying: “On the eve of a meeting between us and the attorney general, there is no room for leaks aimed at sabotaging the meeting and damaging our right to be fairly heard.”

On Thursday, Mandelblit had invited Netanyahu’s attorneys on the matter of delaying a decision on whether to charge the prime minister until after the elections, according to the Mako website. The site reported that the letter sent from the attorney general’s office said that even elections were no reason to delay cases against public officials or candidates.

On December 3, the Israeli police recommended that Netanyahu be charged with bribery and fraud in Case 4000, together with his wife Sarah, and the controlling shareholder of Bezek at the time, Shaul Elovitch, along with others.

Netanyahu immediately denied the charges. In a speech on December 3, he said “Ask yourselves – what special thing did Elovitch receive from me? Not only didn’t he receive a thing during my period, he and Bezek lost massive capital. They say billions. What did I receive? I received terrible coverage in Walla!, particularly hostile on the eve of the elections.”

Netanyahu remains defiant in the face of calls from opposition leaders that he resign as a result of the bribery cases. At a press conference in Brazil on December 31, he said, “I don’t intend to resign because I believe there’s nothing [to the case]. Second, Israel is country of law and according to the law there’s no reason to resign before the conclusion of the hearing.”

“In a democracy you establish who’ll be in power according to the ballots,” he said. Netanyahu has said that the cases against him are part of a left-wing effort to influence the elections through the legal system, in effect subverting the democratic process. (WIN)