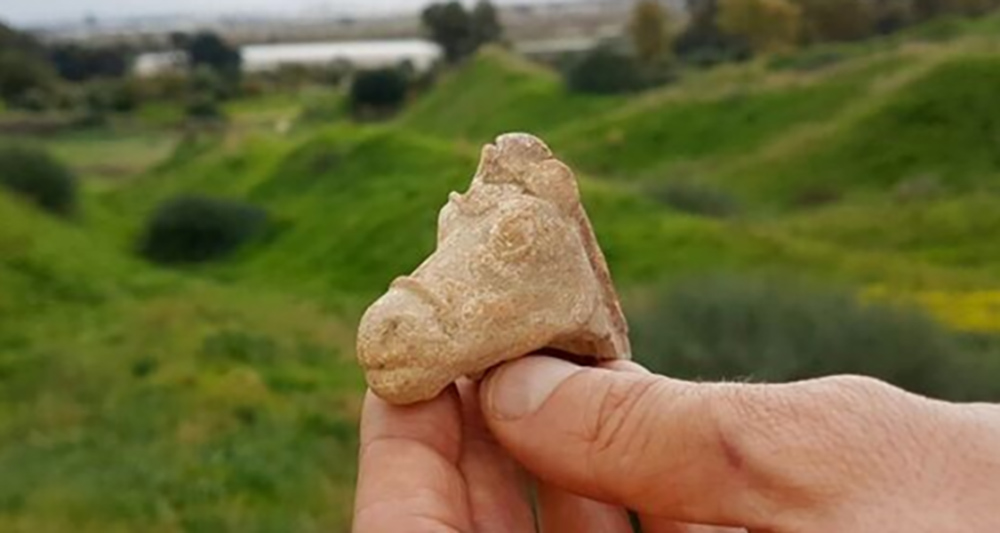 Jerusalem: Young terrorist’s textbook teaches to ‘die as a martyr’

The figurines were found by civilians at two different sites; One was discovered in the area of ​​Kfar Ruppin in the Beit Shean Valley and dated to the period of the Kingdom of Israel (about 2,800 years old).

The second was located near Tel Akko and dated to the Hellenistic period – about 2,200 years ago. The sculptures were handed over to the State of Israel and the Antiquities Authority will award the people with a certificate of recognition for their good citizenship.

“On one of the weekends I went with my daughters Hadas and Maya to collect mushrooms in the area of ​​Kfar Ruppin,” said Ayelet Kidder-Goldberg, who is also an archaeologist at the Israel Antiquities Authority.

“We did not find any mushrooms, but suddenly my daughters picked up this beautiful figurine from the ground. I immediately recognized that this was an ancient figurine from the Iron Age – the period of the Kingdom of Israel. We were very excited. This is a fascinating and spectacular find,” she said.

According to Dr. Adi Erlich of the Department of Archaeology of the University of Haifa, “Horse figurines were common in the Land of Israel in the 1st millennium B.C.E (the Iron Age), because the use of horses greatly increased – the story of the Exodus from Egypt in which the chariots of Pharaoh and his legions are mentioned, and in the war of Barak and Deborah against Sisera, when the heavy iron chariots of the latter’s army drowned in the mud.”

Why would horses and riders be sculpted?

There are those who think that the riders sculpted on the horses represented cavalry heroes. Another interpretation is that riders represented people who held a high social status, since not everyone could afford to own a horse – just like those who own a luxury car today.

“It should be noted that in our region, nearly only men were depicted in figurines on horseback, while women were described in the context of fertility, motherhood, sexuality, and more – which attests to gender roles in Iron Age society,” Erlich says.

The horse head figurine found by the Goldberg girls in the area of ​​Kfar Ruppin clearly show the rider’s hand on the neck. The figurine is characteristic of the Iron Age II (mainly 7th to 9th century B.C.E), as evidenced by its style.

Michael Markin, a resident of Acre, discovered the second horse figurine. It dates to the Hellenistic period (2nd to 3rd century B.C.E). On the horse the harness, ears and red-colored mane can be made out. The body of the horse did not survive, but according to Dr. Erlich, most of the horses known from this period would appear with riders on their backs.

According to Nir Distelfeld, the inspector of the Antiquities Authority’s Antiquities theft unit, “The heavy rains on the ground occasionally reveal archival findings that are close to the surface. And sometimes animals, such as porcupines and foxes, push ancient artifacts buried deep in the ground.”