Exploring Alentejo: A Window into Portugal’s Jewish Past - The Jewish Voice

Exploring Alentejo: A Window into Portugal’s Jewish Past 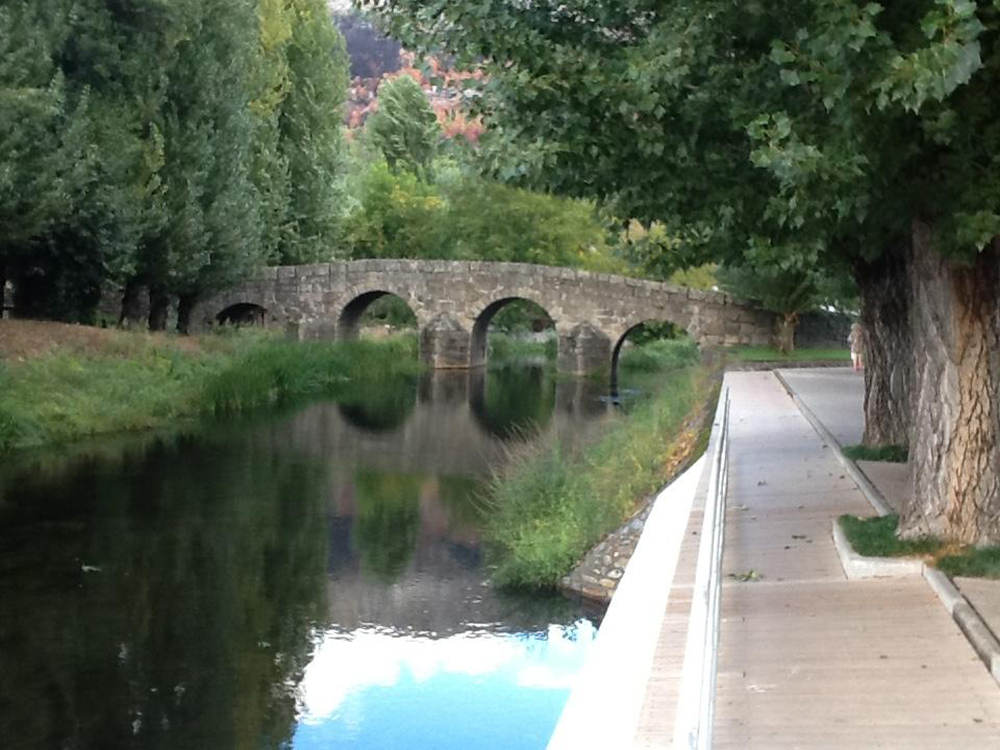 The Alentejo is the beautiful region of Portugal that lies between the Algarve and central Lisbon region. This vast and sparsely populated area covers over 30 percent of Portugal and is characterized by its rolling hills and historic fortified towns. Alentejo, Portuguese for “beyond the Tagus River,” is the world’s largest producer of cork, and forests of cork trees are all over the countryside. Their bark is carefully peeled back once every nine years, and the trunks are painted white with a number designating the last harvest. The region has a raw rural beauty, with extensive undulating plains, fields of cork trees and numerous vineyards.

The government allocated approximately $6 million to the Portuguese Jewish Network-Sefarad Routes – a state-funded project for preservation and commemoration works at sites connected to the country’s Jewish past. So far, it encompasses approximately 30 municipalities in the country’s center and north, which includes the towns of Castelo de Vide, Elvas, and Evora.

Scenic and charming, the town of Castelo de Vide welcomes the visitor with clusters of white houses leading up to a castle on a hill. Thirty years ago it discovered what is thought to be a medieval synagogue with a street laid out that had a Jewish influence on their names: Rua da Judiaria (Street of Jews) and Rua Nova (New Street), where Jews converting to Christianity had lived. In many nearby houses, there are markings or mezuzah slots on the doors as evidence to their former Jewish owners. On the right doorpost of one door there, visitors can find small indentations of around 10 centimeters. In Jewish tradition, before a Jew steps into the house he touches the mezuzah and then kisses his hand as an expression of faith.

Castelo de Vide was close to the Spanish border and was inundated with Jewish refugees at the time of the Spanish Expulsion in 1492, with some 4,000 Spanish-Jewish refugees settling in this town. Prior to that, 800 inhabitants lived in the village, including a tiny Jewish community. They streamed across the border and over the Old Roman Bridge in Marvao, where a toll was collected from the Jews. A plaque beside the 2,000-year-old bridge commemorates the painful exodus. Ruben Obadia, communications manager of the Regional Agency of Tourism Promotion of Alentejo, told NYJTG, “The Jewish Community decided to mark this location as a memorial place of the Bridge of Portagem, as a memorial for the 500 years of dispel of the Jews of Portugal”.

In 1497 the town’s Jewish community was forcibly marched down the hill from Rua da Judiaria to Rua da Fonte to the town’s fountain, which served as the baptismal site for conversion. Centuries later from here, Mario Soares, the former president of Portugal, issued an official apology to the Jewish people in 1986. Today, Portugal grants citizenship to the descendants of those Conversos who fled (who can demonstrate their Sephardic ancestry) from all over the world — across the Mediterranean, Turkey, Brazil, Israel, India and the United States.

The municipality has since used the synagogue to create a modern and impressive museum. It serves as a memorial to the town’s Jews who suffered through the forced conversions of 1497 and the ensuing Inquisition. The museum consists of the original synagogue, two rooms (one for women and one for men), a wooden tabernacle and 14th-century stone Ark for Torah scrolls, and the ancient baths. According to Jewish practice, a lamp or candles are lit for Sabbath every Friday at sunset. But during the Inquisition, the Jews couldn’t do so openly, so they lit a candle inside a pot with a small opening to follow the customs secretly. At the museum, you can see one such earthen pot used by the New Christians (those forced to convert to the Catholic Church).

In addition, these Anusim (secret Jews) were believed to eat pork (not kosher), but the clever Jews found an ingenious method of using lamb meat as sausages. The practices of the new religion meant cooking using lard, the fat from the abdomen of the pig. To escape persecution and detection, Jewish women cleverly fried onions in olive oil using herbs and spices that perfectly disguised the anomaly.

In one of the rooms of the synagogue, we can find the names of the New Christians who were executed during the Inquisition for allegedly following Judaism clandestinely. A name that has Indian connections is the famous Portuguese botanist and physician, Garcia de Orta, who produced the masterpiece “Coloquios dos Simples e Drogas e Cousas Medicinais da India” (roughly translated as “Conversations on the Simple and Drug Colloquia and Medicinal Things of India”).

In 1534, he went to Goa, a former Portuguese territory in India, to study and residing there until his death in 1568. It was believed that despite being obligated to follow the Christian faith, he practiced Judaism in secrecy. In the same year, his sister was burnt at the stake for being a secret Jew and based on her confession Garcia’s mortal remains were later exhumed by the religious fanatics and burnt along with an effigy. There are memorials recognizing his outstanding contributions in tropical medicine built both in Portugal and India.

An interesting story was told about an elderly woman from Netanya, Israel, named Esther Cohen. Her family lived in Castelo de Vide before escaping to Constantinople in the early 16th century. Her family left in 1507 when the ports were opened to New Christians wishing to emigrate, following the massacre of 3,000 New Christians in Lisbon in 1506. Esther had the two keys from her ancestors of her former home in Castelo de Vide, which were held in her family’s possession for over 500 years. The keys are now on display in the synagogue museum.

Mayor Antonio Pita of Castelo de Vide told NYJTG that there are three new projects underway now focusing on the history of the synagogue, which has received over 30,000 visitors. The first is what will be known as the “Inquisition House, which will be open to the public by March 2019 by the President of Portugal.” It will tell the story of the Inquisition “process” experienced by 300 families that “lived here from prison to persecution to their death”… To accommodate the visitors, the municipality will open a kosher hotel and other services for observant travelers. Second, he said, “there will also be a study on genealogy of the new “Christians” and the dissemination of these families, tracking their families and where they are now throughout the world,” he said. Finally, there will be a dedicated space for the House of Dr. Garcia de Orta, to open in October 2019 near the villa’s fountain.

Evora is a tourist destination South of Portugal. It is a delightful city that exudes Portuguese charm and boasts a vast array of fascinating historical monuments — in no way should it be mistaken for a sleepy old relic that is reliant upon its glorious past. The city is young and vibrant, with a large student population who attend one of the world’s oldest universities. Evora may not be as famous or instantly recognizable as other larger Portuguese cities, but it is a destination that should be high on your list while in Portugal for a Jewish heritage tour.

Evora is an ancient city of narrow streets, unforgettable monuments and white, sun-washed houses; left undamaged by the great Lisbon earthquake of 1755, it has been a UNESCO World Heritage site since 1986. The monuments of the historic center bear witness to a profound influence on Portuguese architecture in Brazil. In the Middle Ages, Evora was the second largest city of Portugal and had one of the most extensive Jewish quarters, with approximately 150 Jewish communities. Within a small group of streets and alleyways were believed to be two synagogues, a Jewish school, a hospital, a mikveh (ritual bath) and even a leprosarium (leprosy hospital). The Public Library also presents a rarity, the famous Almanach Perpetuum by a Jew, Abraham Zacuto, which was printed in 1496 and then translated by Master José Neighbor and the Nautical Guide Evora I in 1516.

Some recommendations of places to visit and things to do in Evora:

Praça do Giraldo: This square is a place of the Portuguese Inquisition court that handed out thousands of brutal sentences. There are eight spouts in the fountain, each for one of the streets branching off the square. The north side has a striking facade of the Church of Santo Antão, while all down the east side there are cafes and specialty shops.

The Evora Cathedral is a beautiful example of Gothic architecture, which closely resembles the fortified cathedral in Lisbon.

Roman Temple of Evora: One of the most important landmarks of the city and a UNESCO World Heritage Site, it is also known as the Templo de Diana. Situated in the historic center, it is believed to have been constructed in the first century in honor of Augustus, the first emperor of the Roman Empire.

Aqueduto de Agua de Prata: One of the most striking sights around Évora is this 16th-century aqueduct, channeling water to the city for almost 20 kilometers. The aqueduct ensured that there was a constant supply of water to the city and is connected to the constant water springs in Graça do Divor, 18 km to the north. Outside of the city walls the aqueduct forms imposing arches, while inside the city limits, houses and shops have been constructed beneath the arches.

Museum de Evora: The city’s museum is set up in the old Episcopal palace, which dates to the 1500s and has gathered some 20,000 items relating to Évora’s history. On show are paintings, sculpture, jewelry, furniture, textiles, gold work, and ceramics.