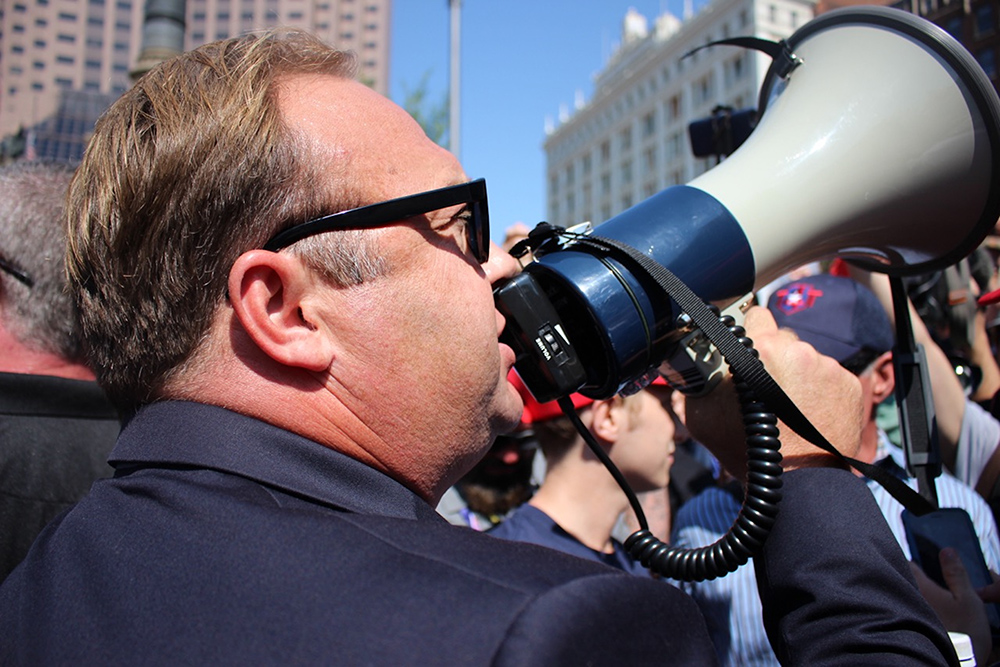 Fears of a conservative boycott of the social media platform Twitter caused its stock to drop on Thursday. The issue: the banning of a pair of conservative commentators, Jesse Kelly and Laura Loomer.

Timothy Collins, an analyst with Jim Cramer’s Action Alerts Plus portfolio, speculated that the drop may be tied to an apparent boycott of Twitter by Fox News,” “however the report ignored the recent controversy over Twitter’s ban of prominent conservative commentators Jesse Kelly and Laura Loomer.”

Loomer was reportedly banned for criticizing Congresswoman-Elect Ilhan Omar (D-MN). Unlike Kelly, Loomer has not had her account reinstated. She later chained herself to Twitter’s company offices in New York City in protest.

Kelly, a conservative commentator, radio host, and Iraq War veteran, was similarly banned from Twitter, however his account was eventually reinstated following a variety of complaints.

“A number of prominent conservatives and libertarians are currently banned from Twitter, including Gavin McInnes, Roger Stone, Alex Jones, and Tommy Robinson, and this year, Vice News admitted in a report that Twitter had also been shadow-banning conservatives,” Breitbart reported. “In July, Twitter’s stock dropped following reports that the social network had been deleting over one million fake accounts per day.”

“When we permanently suspend an account, we notify people that they have been suspended for abuse violations, and explain which policy or policies they have violated and which content was in violation,” noted Twitter.

“Loomer, who cuffed herself to the door at around 3:45 p.m. and was free shortly after 6 p.m., was banned last week for violating Twitter’s rules against hateful conduct,” the Washington Examiner reported. “She had tweeted about a Twitter moment that used a picture of Rep.-elect Ilhan Omar, D-Minn., and accused Omar of being “pro Sharia” Muslim religious law under which “homosexuals are oppressed & … killed.” “Ilhan is anti Jewish,” she said in the tweet.”

Loomer stood with an enlarged cutout of that tweet Thursday, the Examiner continued, “and asked an NYPD officer who was trying to persuade her to leave, “Does this look like hate speech to you?” The conspiracy theorist and provocateur then accused tech giants like Facebook, Twitter, and Google of “enforcing Sharia” on Silicon Valley.”

The Constitutional implications made the event news across the world. The UK’s Independent, for example, reported that “Laura Loomer, a far-right conspiracy theorist and activist, handcuffed herself to the front door of Twitter’s headquarters in New York City on Thursday, after she was banned from the platform for hate speech. But the protest ended just over two hours later, with little fanfare, when Ms Loomer had to ask police officers to help free her from the cuffs.

“The 25-year-old was permanently banned from the social media platform on 21 November after she posted a tweet attacking Ilhan Omar, an incoming congresswoman who is Muslim,” the Independent continued. “Ms Loomer’s tweet, which accused the politician of being “anti Jewish” and supporting sharia law, was deemed by Twitter to have violated the company’s rules against hateful conduct.”