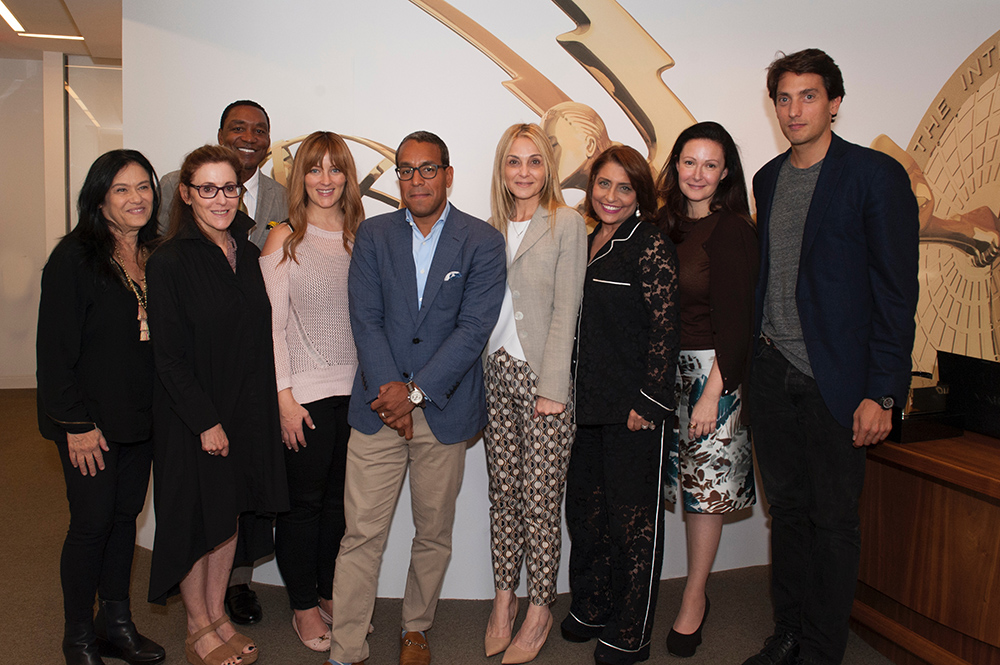 Raj Dutta, 23, had never seen the fluttering lights of Times Square. In fact, he’d never been to America. But after 50 hours of travel — beginning in his hometown of Guwahati in northeast India, and ending, bleary-eyed, with an early morning arrival at JFK’s creaky international terminal — he had finally made it.

Six hours later, following a quick nap and an even quicker shower, he found himself inside the Sofitel on West 44th Street near Times Square, at the nominee medal ceremony of the 46th Annual International Emmy Awards on November 17, 2018. He was there to accept the JCS International Young Creatives Award for his one-minute short film, “TeaShirt.”

Standing at the podium in a velvet, maroon-colored blazer and an open-neck black shirt, he told the 300 people stuffed into the standing room-only ballroom: “This award is proof that, yes, dreams really do come true.”

Her name is Michal Grayevsky.

Grayevsky is no stranger to media. In the 1990s and early aughts, she became a household name in her native Israel as a widely read, widely respected, and widely feared investigative reporter for Yediot Ahronot. But that was only her first chapter.

In 2008, she began work at Israel’s Channel 10 television network. She initially planned to produce an investigative news program, but instead found herself climbing the channel’s corporate ranks, ultimately serving as Deputy Chairman of the Board and Chair of the news website Nana 10.

In 2013, when Channel 10’s owner, Ambassador Ronald Lauder, sold the network to focus his energies on his role as President of the World Jewish Congress, Grayevsky moved to New York to serve as his senior adviser. Since then, she’s played a pivotal role in all matters that have crossed his desk — meaning she’s handled some of the most important issues facing the U.S., Israel, and the Jewish people.

Around the time she began advising Lauder, she became President of JCS International, a global media company that offers a range of strategic communications services, from event production to crisis management.

Like her boss Lauder, who is a singular champion of the two-state solution, Grayevsky’s great passion is promoting peace. Outside of her work, she devotes her free time, and free dollars, to peacemaking. For several years, she’s served on the Board of the UN Women for Peace Association, and recently became the group’s Treasurer. She also holds leadership roles at the RAND Corporation and Limmud FSU, the international Jewish education nonprofit.

Two years ago, she was approached about a new opportunity: joining the board of the International Academy of Television Arts and Sciences, the organization that gives out the International Emmy Awards. But Grayevsky is not the type of person who just passively joins boards.

She’s a doer, and when she does something, she really does it.

If she was going to get involved with the Academy, she wanted to find a way to wed her passion for peace with their work celebrating talented artists around the world.

Grayevsky is the mother of two professional artists: her daughter, Noa, is a fashion photographer and her son, Shay, is a performing artist and producer. So she knew first-hand how important it is for young artists to be recognized, empowered, lifted up.

She had an idea: Why not create a new award, with the impretur of the International Emmys, that would be given annually to three young artists — aged 18 to 29 — for outstanding short-films on a peace-related topic?

With the help of her colleagues at JCS International, including the company’s Israel-based CEO, Hanani Rapoport, the award sprung to life in 2017.

In its first year, the competition reached over 200 countries, in every corner of the globe. The three winners — Ewing Luo of China, Eisa Alhabib of Kuwait, and Robert Pino Almeyda of Chile — were flown to New York to accept the awards. The whirlwind weekend began with a medal ceremony and ended on the red carpet of the International Emmy Awards gala at the New York Hilton.

In its inaugural year, the Young Creatives Award was organized around the theme “Women Peacemakers.” This year, the theme was “Stand Up for Peace.”

The 2018 winners — India’s Dutta, as well as Puty Puar of Indonesia and Shubham Upreti, also of India — were selected by a jury panel of TV and film industry veterans, including Patrick Connolly of AMC/SundanceTV Global, Mozhan Marno, a celebrated actress and producer, and Ben Pyne, a successful media consultant.

Grayevsky served as chair of the jury panel and, as testament to the competition’s international spirit, the First Lady of Panama, Lorena Castillo Garcia de Varela, was also a juror.

After reviewing the entrants and selecting the winners, Grayevsky found herself overwhelmed by the quality of their craft and their inspiring messages of peace. “The challenges facing our world are vast,” Grayevsky said, “But these winners give me reason to be hopeful.”

For Dutta and Puar, their dream-like weekend in New York accepting the award is not something they’ll soon forget.

On Instagram, where Puar’s witty illustrations have attracted a significant following, she joked that the weekend was so wonderful that she feared she had exhausted her “luck quota” for the year.

But Grayevsky knows that’s not how it works. As a woman who rose through the ranks of the media profession at a less enlightened time, she pointed out that female leaders don’t need luck to get ahead. Instead, it takes hard work, savvy — and talent.

“Puty, Raj, and all of the Young Creatives Award winners have no shortage of talent,” she said. “Their futures are bright, and because of their craft, I know the world will be more peaceful tomorrow than it is today.”

“That’s the power of art,” she added with a smile.

The success of the Young Creatives Award means that in addition to having worked as an intrepid journalist, a financially-minded media executive, and a trusted adviser to a prominent world leader, Grayevsky can add a new title to her resume: patron of young creatives.