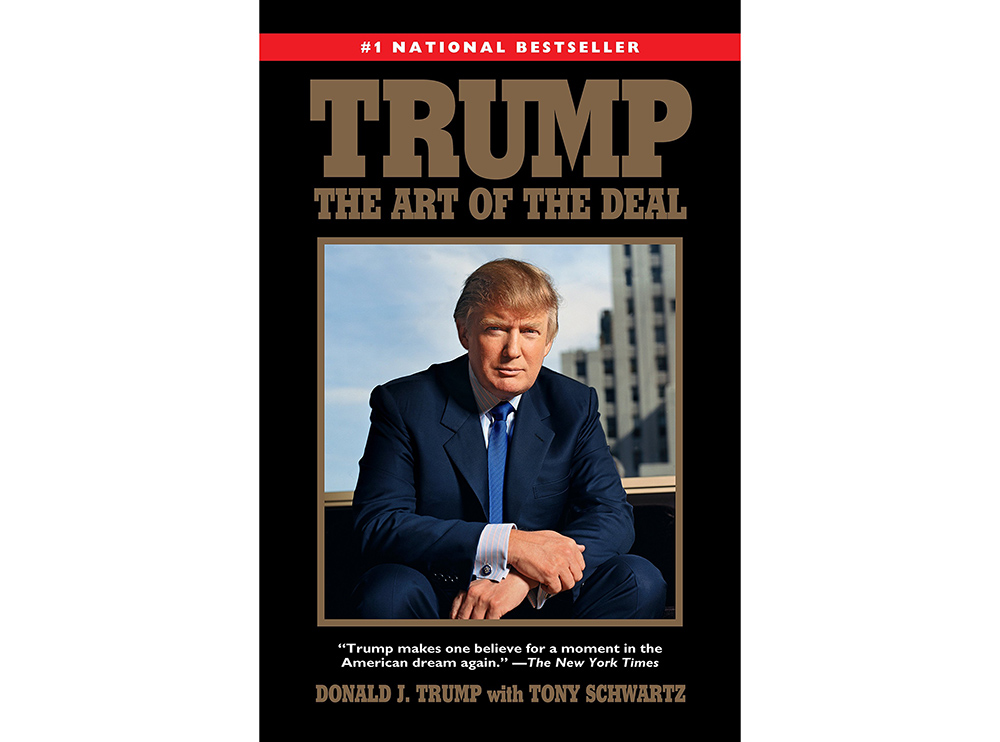 Maximize the options “I never get too attached to one deal or approach… I keep a lot of balls in the air, because most deals fall out, no matter how promising they seem at first.” Donald Trump, Third principle, The Art of the Deal

It was The Art of the Deal, his 1987 business advice bestselling book, that Donald Trump boastfully claims solidified his reputation as a deal-making negotiator par excellence. At the heart of his magnum opus are what he categorizes as his eleven winning negotiating principles. Today, as president, he understands that he might have benefited from a twelfth – the Islamic concept of taqiyya.

As president, Donald Trump has infinitely more political adversaries than he does foreign enemies. That number grows almost unchecked, most often when he violates one of his own fundamental strategies. Sitting on the sidelines are the Democrats, anticipating that Trump will invariably make yet another mistake – with the trust that the next big “scandal” will be the stick in the spokes to a second term.

None, however, is more telling of the orchestrated campaign against Trump than the Jamal Khashoggi incident – because even the Republicans would not dare to stand to defend the president.

Understandably, those whose invectives against the president are most shrill these days are the growing number of potential opponents for the White House. Democrats. And self-anointed moralists, looking for the next scandal.

Senator Bernie Sanders is just one example. As a yet-undeclared candidate for US president in 2020, the proud socialist is a declared Independent by party affiliation, but runs as Democrat whenever he decides to. Because that’s where the money is. Interviewed, as he is almost every day, Sanders is critical of American foreign policy for one reason more than any other: because it is President Donald Trump’s foreign policy.

Take the case of Saudi Arabia.

When asked if he will push for severe sanctions to be imposed against the Saudi kingdom, most notably because of its role in the murder and dismemberment of Saudi dissident Khashoggi in its embassy in Turkey, the often-confused moralist responded affirmatively. His frequent diatribes against American interests in the Middle East are, to be sure, a gift to that same Islamic Republic of Iran that Obama argued could do no wrong. It didn’t matter how many political opponents that regime eliminated, because it was under Obama’s watch.

And then Bernie piled it on. Everything is wrong with the American conduct of its foreign policy, because the wrong person was conducting it. Yes, Trump.

Why single out Sanders where many other “progressives” share his myopic view of America’s role in world affairs? Simply stated, it is because his unexpected success in taking on the powerful Clinton machine during the 2016 primaries was the impetus for pushing, or pulling, her ideologically closer to his far-Left camp than her own. Lesson learned. It is the very reason why virtually all of the yet-undeclared Democratic candidates who relish the opportunity to de-Trump the White House in 2020 are solidly and quite transparently jockeying to claim the position farthest Left.

Obviously, this does not bode well for Israel. Unless of course, Trump prevails again in two years. Measured accordingly, with the discernibly empathetic current president, Israel’s window of opportunity is either 2 more years, or six. Whatever political, diplomatic, or geo-strategic gains Israel needs to make, they must be accomplished within this framework. While it would be a terrible mistake to believe that the Saudis are Israel’s friends – because they are not – they do sit in concert concerned about Iran.

Those Democratic presidential aspirants hoping to be the last man or woman standing for the 2020 elections were those who tried loudest to capitalize on the anti-Trump vitriol of the Khashoggi scandal. After all, they represented a self-proclaimed moral force that would unhesitatingly punish the Saudi kingdom. And, somewhat obliquely, Israel as well.

This week, the US Senate – which three years ago voted to approve an unfathomable pro-Iranian agreement – offered its harshest rebuke of the Trump administration by voting to directly blame Saudi Crown Prince Mohammed Bin Salman for the Khashoggi caper. And again, it was Sanders – whose hatred for all-things-Trump supersedes his love of America – who reminded every microphone he could find that the US “would not support a despotic, murderous regime.” Except Iran, of course.

In May 2017, in his first foreign trip as president, Trump participated in a summit in Saudi Arabia where he negotiated a $110 billion arms deal. More than a year later, in the aftermath of the murder of Khashoggi, Trump defending his administration’s decision not to cancel the deal nor to impose strict sanctions – predicated on the benefits of enormous revenues as well as the jobs generated as a product of that agreement.

The decision was met with scorn by all the Democrats, and no small number of Republicans. The antagonistic media contributed to the black eye that Trump would carry for weeks. While the dissipating interest in the Trump-Russian collusion investigation had given the president a welcomed respite, the ubiquitous accusations about his handling of the Khashoggi affair were fodder for his antagonists, drawing even more Democratic progressive sharks into the bloody waters. Trump, outflanked, had been wounded in his endeavor to defend the indefensible.

Where indeed was Trump’s art of the deal?

What Trump and his talented foreign policy duo of Secretary of State Mike Pompeo and National Security Advisor John Bolton should have done was pulled a page out of the Obama/Kerry foreign policy manual – deception. The Muslim world knows it even better – it is taqiyya, the Islamic juridical concept that allows (some would argue, obligates) a Muslim to lie to advance the cause.

Here is what should have happened.

Trump, in collusion with his advisors, should have called a press conference and announced that in addition to the aforementioned massive arms deal with Saudi Arabia, there existed (wink) heretofore unpublicized secret discussions with the kingdom which would have given the Saudis additional benefits, as per John Kerry’s secretive meetings with Iran. They would now be rescinded (wink, wink). Mohammed Bin Salman and the Saudis would in fact be punished (wink, wink). As much as it was unfortunate to the American-Saudi alliance, Trump would prove that he too could stand on principles. A simple but deceptive lie to advance the cause. It would have silenced his critics. Maybe even the moralistic socialists always in search of a scandal.

That, would have been the real art of a deal, taqiyya-style.

Meir Jolovitz is a past national executive director of the Zionist Organization of America, and formerly associated with the Institute for Advanced Strategic and Political Studies.