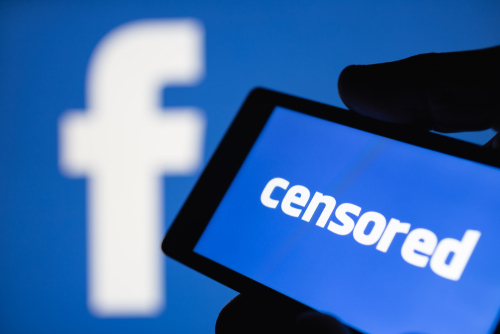 With over 2.2 billion account holders, Facebook has evolved into one of the premiere tools of global communication, especially in the fields of marketing, culture, science, religion and politics. The burgeoning imbroglio concerning users stressing out over the disturbing knowledge that their personal data may have been compromised and disseminated by Cambridge Analytica is most horrifying.

What is even more hideous is the fact that Facebook has embarked on a political campaign to target certain users for their views. Case in point: Liberal and leftist groups and/or individuals or those who toe the line that CEO Mark Zuckerberg happens to subscribe to are given the opportunity to gain an infinite amount of “likes” and followers and never is their content censored. On the other hand, anyone who does not march lock step with the Facebook doctrine is dealt with in a punitive manner that comes in the form of losing followers, “likes” and essentially remaining stagnant.

This rings true for the Jewish Voice. We have witnessed a concerted effort on the part of Facebook to monitor and censor our posts and to limit the amount of followers and readers that we have.

The larger implications of Facebook’s problems however carries way more long term egregious ramifications.  The fact that it is now clear that Facebook has morphed in to a political tool that cryptically enforces the unyielding mantra of liberalism while making it a priority to feverishly target, punish, silence and block political conservatives (i.e. Trump supporters and others of that ilk) or any person or group that does comport with their circumscribed philosophies, has really placed the First amendment on life support.

Those shady behind the scenes “deep state” folks who are orchestrating an algorithm fiasco in the cyber world of Facebook, and who are presumably directed to do so by Zuckerberg or his immediate acolytes are creating a free speech uprising of sorts. These Facebook main characters should know that by taking an active role in repressing the ability to express oneself, then a backlash of mammoth proportions is soon to follow.

In light of this, we ask that Congress step up to the proverbial plate and do so with alacrity in initiating legislative measures to curtail the insidious Orwellian monster that Facebook has come to represent.  While the Trump administration consistently trumpets the fact that a litany of federal regulations have been repealed, the time is long overdue for enforceable rules to be immediately implemented in order to effectively harness the increasing danger to our civil, political and cultural freedoms that this social media behemoth now personifies.

Crafting regulations to protect the iconic values that our nation was predicated on is not only advisable in light of direct encroachments on our freedoms but they are absolutely imperative in preserving our reputation for fair, free open and honest debate in America and throughout the world. Facebook MUST be taken to task !!