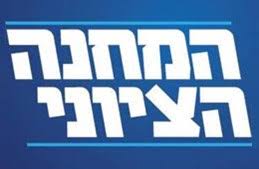 Avi Gabbay, who only 16 months ago landed the top spot in the Zionist Union (ZU) – an alliance of the Labor and Hatnua parties – is hearing the murmurs of rebellion grow louder, The Jerusalem Post reported Thursday.

Polls find the alliance hemorrhaging seats as elections draw nearer. Since Defense Minister Avigdor Liberman pulled his Yisrael Beitenu party out of the coalition recently, the government appears unstable, with a slim majority of 61 out of 120 Knesset seats. The current term ends November 2019, but elections could come sooner, according to speculation.

Signs of rebellion have been apparent for at least several months. The latest was MK Robert Tivaiev’s request this week to split and form a one-man faction, which Gabbay firmly rejected on Thursday, according to the Post.

Tivaiev had also tried to leave the party and join the coalition the previous day, after reportedly being offered the vacant Immigration Absorption portfolio.

The rebel MK was also suspended Wednesday from parliamentary activity for a month after refusing to cast a vote over ZU lawmaker Itzik Shmuly’s bill to make national insurance allowances equal to minimum way. The Knesset rejected the ZU bill by one vote, according to the Post.

“I’m really not the only one who wants to split from Labor, there are many more like me,” Tivaiev told Army Radio.

Other discontented MKs told the Post that they, too, were “ready to go” because, they say, Gabbay is not showing the voters a clear alternative to the Likud. They pointed to recent polls showing ZU falling from 24 seats to as low as eight in the next election.

Another point of contention is the four spots on the Labor party’s next Knesset list that were given to Gabbay to choose his own candidates, the Post explained. Four ZU MKs – Yossi Yona, Ayelet Nahmias-Verbin, Eitan Cabel and Nachman Shai – supported by 400 out of 700 Labor central committee members, signed a petition demanding the slots be cancelled. (World Israel News)