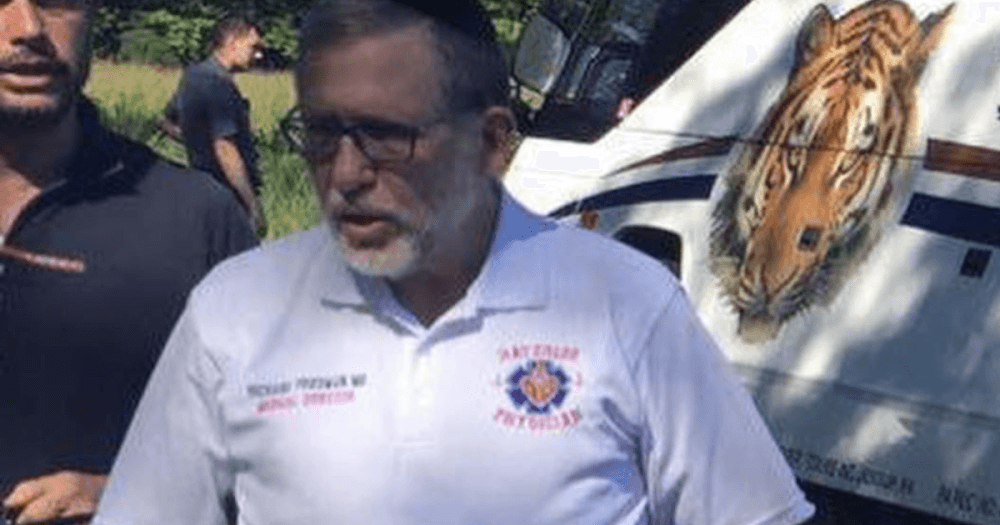 The weekend immediately preceding the Jewish holiday of Hanukka was unfortunately filled with sad news.  In Lawrence NY, on Saturday night, December 1st, the Jewish community faced a devastating and unexpected loss.  Dr. Richie (Nochum Tzvi) Friedman Z”L, a prominent and longtime member of Hatzalah, was walking home from Shul after Shabbat , when he was struck by a vehicle at Washington Avenue and Broadway.  Friedman, 56, suffered a traumatic head injury and was rushed to the hospital in traumatic arrest.

As per Yeshiva World News, tragically, he was pronounced dead a short time after arriving at the hospital.  Friedman was a beloved community member, a respected surgeon, and the selfless medical director of Hatzalah for all five boroughs of New York City, Rockland (Monsey) and the Catskills.  He had also formerly served as an East Side Hatzolah Member, and was one of the founding members of Hatzalah of the West Side more than 30 years ago.

The 44-year-old man who was driving the vehicle that killed him, was released after a brake and safety inspection was performed on his 2016 BMW.  The Nassau County Police Department is still investigating the tragedy.  The funeral took place on Sunday morning at 11:45 at the Bobover Beis Medrash in Boro Park.  It then continued to Yeshiva Darchei Torah in Far Rockaway.  May the Omnipresent comfort his loved ones among all the mourners of Zion.

On the other side of town, in Williamsburg, Jewish residents suffered yet another brutal attack of anti-Semitism.  On Friday night, November 30th, at approximately 6:30 PM, a Hasidic man walking home from shul, was standing with his young son, speaking to another man, at the corner of Throop Street and Wallabout Avenue.   Suddenly, without warning or provocation, the suspect came from behind and attacked.  The victim was punched vehemently in the head and fell to the ground.  The attacker then ran away.  The crime was captured on surveillance camera.

A spokesman for Shomrim told Yeshiva World News that a few Jewish men chased the suspect and apprehended him.  However, they were not able to locate a police officer and had no choice but to let the suspect go.   Later on they found a passing police car, and flagged it down.  The police chased the suspect but unfortunately he had gotten away by that time.

Less than a week ago a Hasidic child, age 9, was attacked in a similar manner, only one block away.  A man approached him on his way back from shul, and punched him in the face several times and throwing him to the ground. The boy suffered a broken nose.  The suspect in that attack is also still at large.  He is a black male, about 14 to 18-years-old, approximately 5’6″ tall, medium build, weighing 150 lbs.