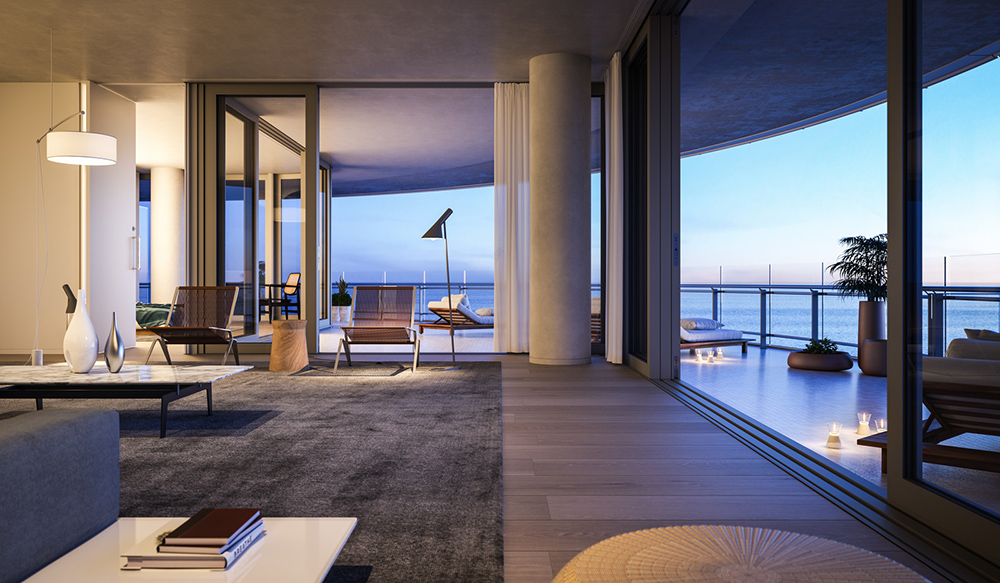 Task Force Recommends Anxiety Screening for All Adults Under 65

Get out your checkbooks. A Miami Beach penthouse at the 66-unit Eighty Seven Park in Miami, Florida, is set to go to market this week for the bargain-basement price of just $68 million.

The duplex home, which boasts 12,410 square feet of interior space and 18,247 square feet of private outdoor space, will presumably go to the highest bidder.

According to The Wall Street Journal, if the six-bedroom spread sells for close to that asking price, it would be the most expensive apartment ever sold in the state of Florida. “The current record belongs to hedge fund titan Ken Griffin, who in 2015 shelled out $60 million for a penthouse at Faena House.”

“I don’t think there’s ever been an apartment that can, in my opinion, compete or even excel [living] in a mansion,” David Martin, president of Miami-based Terra, tells the New Yok Post.

Given the huge asking price, the Post explained, “it’s no surprise the unit, which also has eight bathrooms and three powder rooms, comes packed with its own amenities. There’s a private gym and a home theater on the inside, but the crown jewel penthouse’s best features are on the roof. Up there, there’s a private Turkish hammam spa, an outdoor theater, two outdoor kitchens and two 45-foot-long infinity pools.”

Antoine Chaaya, a Paris-based partner at Renzo Piano Building Workshop — who led Eighty Seven Park’s design efforts alongside Piano — told the paper that one of the pools faces east for the sunrise, and the other looks west at the sunset. “You have possibilities,” says Chaaya. “In the morning you can swim on one side and in the afternoon on the other.”

The asking price easily eclipsed the one paid by TV producer Shonda Rhimes, of “Scandal” and “Grey’s Anatomy” fame – a penthouse at 765 Park Ave., according to property records quietly filed last Friday. The celebrity reportedly paid $11.75 million for the two-bedroom co-op, which it turns out was much less than its original $14.75 million asking price.

The two-story penthouse will feature six bedrooms, eight bathrooms, a service suite, a private gym and home theater and a rooftop terrace with two 45-foot long infinity pools, summer kitchens and an outdoor theater, according to a release, according to TheRealDeal.com. “When it sells, it could set a new record for residential sales in the county, blowing past the $60 million purchase by billionaire hedge fund manager Ken Griffin of two penthouses at Faena House in 2015.”

Terra is developing the 66-unit, 18-story condo building at 8701 Collins Avenue in Miami Beach along with its partners, Bizzi & Partners Development, New Valley and Pacific Eagle, the web site reported. Douglas Elliman is handling sales of the building, which is expected to be delivered next year. Buyers include tennis pro Novak Djokovic.

“Other features of the penthouse include a putting green and a Turkish hammam, and a design package by RDAI with furnishings by Hermes, Giorgetti, and Christopher Delcourt.”