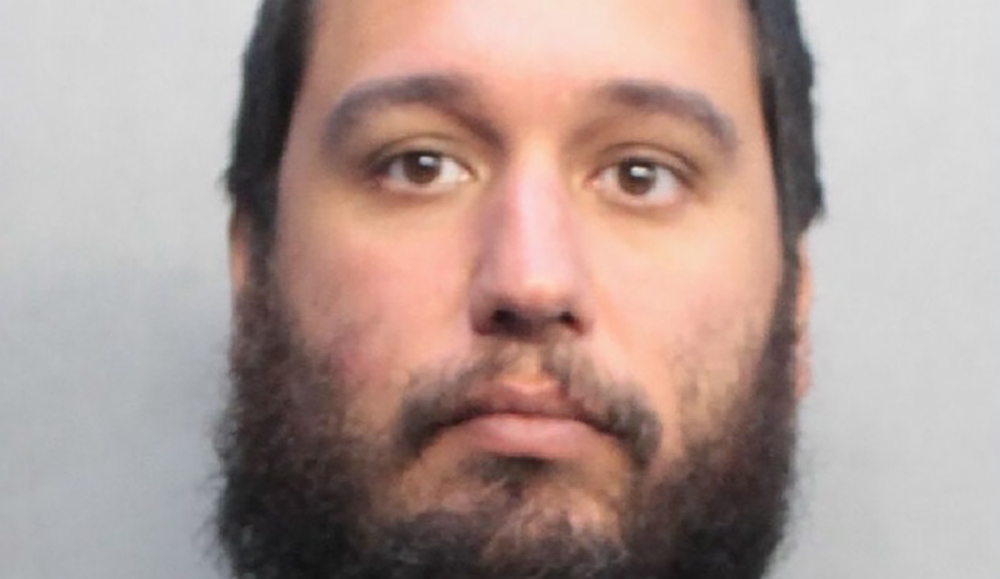 As the wave of anti-Semitic acts continues to rise, the Aventura Police Department announced the arrest of a man in connection with a series of hate crimes. As reported by VIN News, Nadim Siddiqui, 35, was arrested on Saturday December 8th, for making threats to making threats to the Aventura Turnberry Jewish Center and possibly other Jewish establishments. The suspect, who is from Hollywood FL, has demonstrated a pattern of prejudice and has stirred trouble in more than one Jewish business, according to police. Siddiqui became a “known nuisance in the area after a series of incidents many considered anti-Semitic, such as tipping over menorahs and repeatedly trespassing at a Jewish market,” wrote the Miami Herald.

An in-depth investigation was conducted to review Siddiqui’s historical crimes. The “coordinated investigation” included support from the Florida Department of Law Enforcement and the FBI’s Miami bureau. In the past few weeks, the suspect has been keeping busy, and has already been arrested at least three times by Aventura police. On December 4th, Siddiqui deliberately knocked down and damaged a menorah in the lobby of a building in Aventura, as reported by ABC Channel 10 Local News. Following an arrest warrant from the Miami-Dade County state attorney’s office, he was arrested in his home. Twice in October, he damaged merchandise inside of a kosher grocery store. He allegedly took a bottle of wine at the store and smashed it on the floor. In a different incident, he threw an egg from the store at its front window.

In other news, in Pittsburgh PA, authorities are investigating the dissemination of anti-Semitic pamphlets in the neighborhood. On Sunday morning police said that the anti-Semitic material was also found in the Squirrel Hill locality, where on October 27th, a gunman entered the Tree of Life synagogue and murdered 11 people in the deadliest attack on Jews in United States history.

While details regarding the content of the pamphlets have not been immediately released, Jeff Finklestein, CEO of Jewish Federation of Greater Pittsburgh, described them as “anti-Semitic and racist fliers.” He said they appear “to be recruitment information for the Ku Klux Klan.” “This is a prime example of how hateful people don’t only hate one group of people. The Jewish Federation of Greater Pittsburgh stands in solidarity with the African American community and all other communities who join with us as we continue to fight anti-Semitism, racism, and hate with love. To quote Rev. Dr. Martin Luther King, Jr., ‘Darkness cannot drive out darkness; only light can do that. Hate cannot drive out hate; only love can do that,’” Mr. Finklestein said.

“We are committed to the safety and security of the Greater Pittsburgh Jewish community. We have the utmost confidence in our local and national law enforcement as they investigate,” he added.

A spokesman said that police and the city department of public safety “are taking this matter very seriously and will follow every investigative avenue.” As reported by the Pittsburgh Post-Gazette, the investigation is ongoing. A statement by the Department of Public Safety vowed that “Such hate-filled material will not be tolerated in Pittsburgh — not by residents, City officials nor Law Enforcement.”