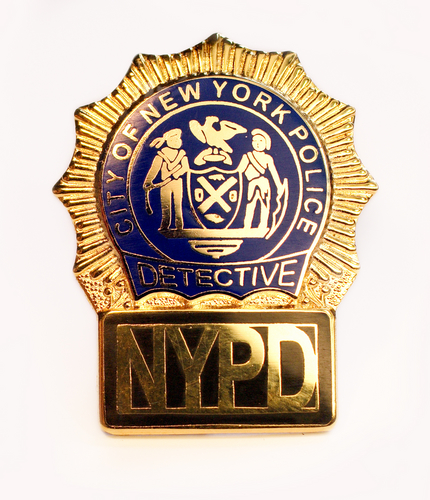 That was what a juror reportedly yelled from the jury box last week during a case involving a high-profile NYPD bribery trial.

The outburst came in the wake of a request for acquittal. Defense lawyer John Meringolo concluded his final remarks at the end of a nearly two month long proceeding in Manhattan federal court.

The attorney represents ex-NYPD Deputy Inspector James Grant, who according to the New York Post “had just spent the last hour blasting the government’s case when the juror made the unusual outburst.”

Meringolo, the paper reports, argued that Grant did favors for his co-defendant, Mayor de Blasio donor Jeremy Reichberg, only because the two men were longtime friends. “He also said Grant rose through the ranks due to skill and hard work — not bribery. “Ladies and gentlemen, we’re from here. We know bad cops. That’s not a bad cop!” Meringolo exclaimed while pointing to Grant. “There’s no corruption. There’s no corruption whatsoever,” he told the jury.

The show biz element hadn’t been exhausted, however, as prosecuting attorney Martin Bell decided to treat the jurors to his rendition of the theme song to the “Golden Girls” TV show. “Thank you for being a friend,” he crooned in order to cast doubt on Reichberg’s and Grant’s friendship defense. “This wasn’t a ‘Golden Girls’ friendship. This was bribery, plain and simple,” he said. Jury members are set to begin deliberations Wednesday.

“After eight days on the stand, corrupt Mayor de Blasio donor Jona Rechnitz ran out of patience and helped a defense attorney complete a list of his many misdeeds,” was how the New York Daily News reported it earlier in December.

“You’re missing jewelry and hookers,” Rechnitz said, drawing guffaws from the audience filled with people who loathe him. The comment came as Susan Necheles, an lawyer for police buff Jeremy Reichberg, wrote a list titled “alleged bribes” that was shown to a jury. Rechnitz’s bribes were broken down into categories: gifts, meals, entertainment and trips.”

Indeed, de Blasio has come under some harsh scrutiny in this case. As The New York Times reported, “Nearly 16 months ago, a batch of emails between the mayor and two supporters was released by City Hall, depicting the mayor’s chummy relationship with the men.

But the courtside-seat email, sent to the mayor from one of the men, Jona S. Rechnitz, was not among them. That correspondence, showing a particularly transactional relationship between Mr. Rechnitz and the mayor, as well as another previously undisclosed email, emerged… during a police corruption trial in Federal District Court in Manhattan.”

Mayor Bill de Blasio and his staff are required to keep records that are connected to his government work, the paper of record added. “That includes emails about public activities that are sent to private email accounts. If someone requests the mayor to do something in his capacity as an elected official, those emails would be subject to public review.”