J Street U, the student organizing arm of J Street, is pushing to have Palestinians present their view of Israel to Birthright groups run by campus Hillel centers. But Jewish students and leaders argue that the effort is contrary to Birthright’ mission, which is to unify and strengthen the next generation

When Taylor King boarded the airplane in 2012, she was a newly minted college graduate who, like most of her fellow Birthright Israel travelers, had never been to Israel.

“I didn’t really know what Israel was,” she says six years later. “All I ever heard was it’s a war zone, but when you get there, you’re totally surprised it’s such a normal place.”

In fact, it was on her Birthright trip, high atop Masada, that King underwent the bat mitzvah she’d never had. “I never expected to have such a spiritual experience as I did there,” she says.

Back in Boston, King was determined to do something with her newfound connection to the Jewish state. “I knew then that to understand what Israel is about, you have to be there; it’s nothing you can get from a book,” she says.

“I was beginning to understand that, for the first time in thousands of years, we have a safe place for any Jew to seek sanctuary.”

In the years since, she’s donated to Birthright and staffed trips herself, “so kids like me can have this amazing opportunity to connect with Israel and the Jewish people.”

So when King, who’s now in a graduate program for communications at Suffolk University in Boston—working towards a degree she’s planning to utilize on Israeli causes—heard that J Street U (JSU) is collecting student signatures on petitions at 30 American campuses (so far) to influence Hillels to include Palestinians speaking to their Birthright travelers about “the realities of the occupation,” she was “really perturbed.”

“If these people had been on the trip, they’d know that Birthright is honest about the conflict, but that’s not what it’s about,” she says. “Birthright has just 10 days to strengthen our Jewish selves—many of us didn’t get much of it growing up—and introduce us to Israel and Israelis so we can appreciate them and how we’re all connected.”

‘Formulate their own views’

Indeed, Birthright’s website puts that vision succinctly: “To ensure the vibrant future of the Jewish people by strengthening Jewish identity, Jewish communities and connection with Israel.”

In the last 19 years since it was founded by the likes of mega-philanthropists Charles Bronfman and Michael Steinhardt, Birthright Israel has taken nearly 650,000 Jewish young adults on free trips to experience Israel up close and personal, most of them for the first time.

Today, the founders have good company; some 30,000 donors make these 10-day trips possible for some 40,000 young adults each year, with support from the State of Israel, the Jewish Federation system and Keren Hayesod, the Jewish Agency for Israel.

But J Street U, the student organizing arm of J Street that calls itself “the political home for pro-Israel, pro-peace Americans,” is pushing to have Palestinians present their view of Israel to all Birthright groups run by campus Hillel centers.

The Brandeis University version of the JSU petition, for instance, argues that “meeting with these individuals is essential to students’ ability to engage meaningfully with Israel and Palestine,” and includes a list of Palestinians and pro-Palestinian organizations happy to meet the groups to present their point of view.

“We’ve got close to 1,000 students signing the petitions so far, and we’re just getting started,” says Shira Wolkenfeld, a George Washington University student and member of the J Street U national board.

When she went on Birthright in 2015, “they talked to us about Israeli security, but I didn’t feel we were hearing the full conversation—not like on campuses where these conversations are vigorous,” she says. “I think the Hillel representatives are going to see this as something students want.”

Trip organizers currently include a briefing on the geopolitics of the region among other Birthright basics: visits to Jewish heritage sites, discovering the dramatic 70-year story of the Jewish state, as well as a taste of Israel’s natural wonders, arts and culture, innovation and entrepreneurship, the joys of Shabbat and getting to know their Israeli peers who join them on the trip. Not to mention consuming vast quantities of falafel and pita.

It seems that both Hillel and Birthright are trying to keep this latest JSU pressure in proportion.

Birthright said in a statement to JNS.org that “all our participants attend a geopolitics module where the complex issues of the Middle East are addressed without endorsing any specific agendas, opinions or beliefs. We encourage all eligible Jewish young adults to attend our trips, and we respect the ability of our participants to formulate their own views and ask questions in a constructive and respectful manner.”

And for its part, “Hillel is proud to be one of the largest operators of Birthright Israel and other immersive travel opportunities for students,” says its spokesman, Matt Berger.

Though he says that trip organizers “always appreciate hearing our students’ perspectives and work continuously with Birthright Israel to plan programs that meet our shared educational objectives and students’ interests,” he adds that “these programs are focused on building Jewish identity and community for participants by connecting students with Israel’s history, people and cult.

Indeed, an in-depth study of the conflict is not Birthright’s mission, says Leonard Saxe, who in his role as Jewish-studies professor at Brandeis University, and director of its Cohen Center for Modern Jewish Studies and Steinhardt Social Research Institute, has studied Birthright and its impact closely over the years. (He’s also written a book on the subject: Ten Days of Birthright Israel, published by Brandeis University Press.) “Birthright does deal with the conflict on its trips—they don’t need J Street U to tell them to do that—but it’s primarily a program designed to engage Jews from around the world with their Jewish identity, with Israel, Israelis and each other. Participants come back feeling they learned important things—about Israel, about Jewish peoplehood and about themselves.”

‘Politicizing the trip, polarizing the community’

On the same campus, but coming from a very different background than researcher Saxe is Barry Shrage, who spent more than three decades at the helm of one of the nation’s large-scale Jewish federations, Boston’s Combined Jewish Philanthropies, before joining the faculty of the Hornstein Jewish Professional Leadership Program at Brandeis.

Calling the JSU campaign “a destructive effort which does nothing to further their stated goal of ‘pro-Israel, pro-peace” Shrage adds that “having Palestinians come onto the trip to complain about the so-called ‘occupation’ is just politicizing the trip and polarizing the community—the opposite of Birthright’s purpose, which is to unify and strengthen our people’s next generation. Birthright is transformative; it’s an amazing opportunity to see Israel as it really is and look their fellow Jews in Israel in the eye. J Street wanting to poison this well is bound to be destructive.”

David Brog, executive director of Maccabee Task Force, an organization determined to “combat the disturbing spread of anti-Semitism on America’s college campuses,” puts it this way: “Birthright is not meant to be an introduction to Palestinian nationalism or Middle Eastern geo-politics. If J Street has different priorities, they should pursue them on their own time and with their own dime. But they should keep their hands off—and their politics out of—this wonderfully successful effort to build Jewish identity in the Diaspora.”

Historian and researcher Gil Troy, author of his newest book, The Zionist Ideas, and chair of an advisory committee for Birthright, warns that “what people are forgetting is the danger of muddying Birthright’s mission. I respect J Street’s slogan of ‘pro-Israel and pro-peace,’ but I want them to live up to it, instead of allowing their pro-Palestinian position to overwhelm it. You want your pro-Palestinian message broadcast to these young Jews? Pay for your own trip; don’t try to hijack this one.”

But when asked, JSU’s Wolkenfeld says she knows of no Birthright-esque trip designed to immerse young Jews in the Palestinian narrative. 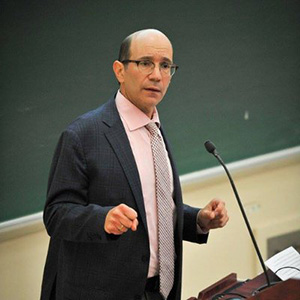 Which is just fine by Morton Klein, national president of Zionist Organization of America, who has some advice for both Birthright and Hillel: “You need to ignore J Street’s malicious attempts to turn Birthright trips into anti-Israel propaganda trips by giving a podium to Israel-haters. Jewish students are regularly exposed to this sort of anti-Israel propaganda on their campuses; the last thing they need to hear is more of it on their Birthright trip.”

And yet, the appeal of the Palestinian claim to underdog status is strong, points out King.

“They’re 18 and they don’t want their friends to accuse them of Islamophobia and racism,” she says. “So they’re going to drink the anti-Israel Kool-Aid. Having grown up in an assimilated culture, they don’t see the need for a Jewish state. Neither did I until I met Israeli soldiers on Birthright. Suddenly, I got it: It’s thanks to them that we were able to walk on that beach. But you have to be there to get it, and to bond with our land and our people.”