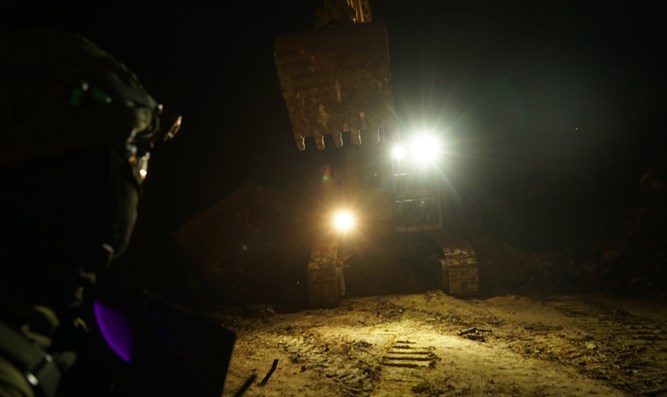 An IDF delegation will head to Moscow on Tuesday to brief their Russian counterparts on operations to destroy Hezbollah tunnels from Lebanon, the IDF said on Monday.

“An Israeli army delegation composed of senior officers and led by the head of army operations, General Aharon Haliva, will fly to Moscow on Tuesday,” it said in a statement.

“During the day-long visit, the delegation will brief their Russian counterparts on Operation Northern Shield and other operational issues,” added the statement.

The visit follows a telephone conversation between Prime Minister Binyamin Netanyahu and Russian President Vladimir Putin over the weekend about the IDF’s Operation Northern Shield.

During the phone call, the two agreed that defense delegations from both countries would meet soon and that a meeting between the two leaders would be scheduled afterward.

The tunnels mirror similar terror tunnel networks used by the Hamas terror organization in the Gaza Strip for both internal transit within the coastal enclave, and for attacks on Israeli targets outside of the Strip.

The conversation between Netanyahu and Putin followed a period of strained ties between Israel and Russia following the downing of a Russian reconnaissance plane over Syria in September.

An IL-20 reconnaissance aircraft was reported missing over Syria in mid-September, following an Israeli airstrike on a military research facility in northern Syria.

The plane, which was carrying 15 crew members, was later declared lost, after apparently being downed by a Syria surface-to-air missile.

Russian officials blamed Israel for the downing of the IL-20, saying the IDF had provided just one-minute advance notice of the impending airstrike to Russian Defense Ministry officials, adding that the Israeli fighter jets had used the IL-20 to draw the Syrian air defense network’s fire.

Israel denied the claims, saying its jets were already out of the combat zone and in Israeli airspace when the IL-20 was downed, and that the IL-20 had been far from the area of the airstrikes during the Israeli operation.

An IDF delegation was later dispatched to Moscow to share information collected by Israel as part of its investigation into the incident.

The Russian government refused to accept the validity of Israel’s investigation into the incident, however. (INN)