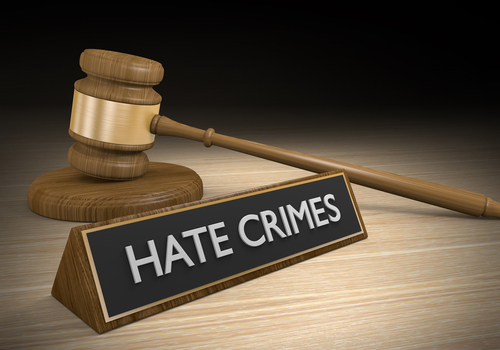 TERROR IN JERUSALEM: At least 19 injured, 1 dead; 3 in critical condition

Police have arrested two teenagers in Queens, for the brutal beating of a 16-year-old yeshiva student, who was seriously injured.  On November 29, at about 5 PM, a group of teenagers, allegedly Forest Hills High School students, targeted, harassed and beat a Bukharian Yeshiva boy, who does not attend the public school.  As of December 7th, the victim was still at Elmhurst hospital with deep bruises and cuts on his head.  During the beating, which took place in in the vicinity of 64th Road and 108th Street, a mob of roughly 20 boys took turns to punch and kick the victim, then throwing him on the ground and fleeing the scene, as police arrived. Another 15 teens stood watching and filming the beating with their cell phones, as per Pix 11 News.

As reported by VIN News, 18 year old Jonathan Torres of Flushing, and 17 year old Victor Hidalgo of the City Line section of Brooklyn, were taken into custody on Thursday, and charged with gang assault in the first degree and assault in the second degree.

According to the NYPD , however, the incident cannot currently be classified as a hate crime.  “Right now it seems to be more of a gang related incident and a case of mistaken identity,” said Assemblyman Daniel Rosenthal, following conversations with the NYPD and the Queens County District Attorney’s Office.  “While we are disappointed, the charges filed have to be able to hold up in court and a hate crime has to meet certain legal criteria.”  He also tried to assure community members that the charges that the two teens are currently facing are “extremely serious.”

Jewish leaders are frustrated that the act was not classified as a hate crime.   “Police said that they mistakenly confused him with someone that they thought was part of the gang,” said Yaniv Meirov, president and CEO of Chazaq, which does religious outreach.  “What we understand is that he was wearing tzitzis and a kippa and they took it out on him and beat the living daylights out of him.”  Meirov noted that in the video footage of the incident, shouts of “kill the Jews” and “kill the Bukharians”, can be heard.   He also said that the community appreciates the increased police presence in the area, over the past few days. “The precinct is doing a great job and we appreciate that, but we don’t want something like this to happen ever again,” said Meirov.  “Why do we have to wait for someone to die in order for something to happen?”

According to David Mordukhaev, of the Alliance of Bukharian Americans, the fighting has become an ongoing thing in the area, with the Hispanics and African Americans targeting those who are visibly Jewish.

In another incident, a second 17-year-old Jewish boy was surrounded by a group of teens who pushed, shoved and punched him, at the same time and location, leaving him with a deep tear to his lower lip.  No arrests have been made yet in that incident, but the NYPD has said that 11 individuals were taken in custody in connection with the two beatings.