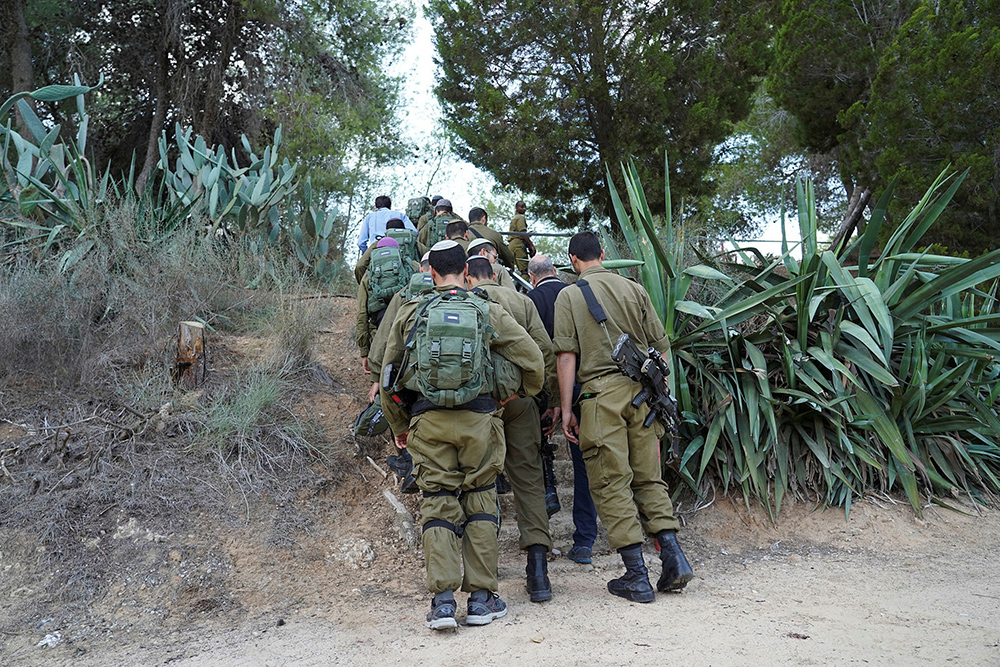 The “My Truth,” NGO is planning to file a complaint against Hamas and the Palestinian Authority for their use of human shields with the International Criminal Court in the Hague in the coming weeks.

In the last several months, the organization, founded by IDF reservists, whose vision is “to express the truth about how IDF soldiers operate and their adherence to the IDF Code of Ethics,” has been working on a documentary project that focuses on how Palestinian terrorist groups use the local civilian population.

“This project tells the story of former fighters and senior officials in the defense establishment, who have encountered severe violations of human rights and international law by Palestinian terror against Palestinian civilians, especially children,” a spokesman for the organization explained to TPS. “The documented cases include many elements that expose the cynical use of Palestinian civilians by Palestinian terrorism. Although this use is considered a flagrant violation of international law and the human rights treaty.”

He added that they will use the video testimonies when making the complaint at the ICC.

On “My Truth’s” website, there are 14 pages worth of video testimonies by former IDF soldiers and commanders who came up against women, children, the elderly and even medics being used by terror organizations – some being paid a mere NIS 100.

Many of the testimonies also address the fact that schools, homes, hospitals and the like are being used as places to fire rockets at Israel.

A former officer in the Southern Command Col. (Res.) Jonathan Branski described how Hamas recognized Israel’s “moral weakness” in 2005 and started using the lower levels and basements of apartment buildings where lots of families lived to store weapons. It was during that time that the IDF developed the method of advanced warning to civilians in Gaza to leave their apartment buildings before launching a “very targeted attack” to destroy the weapon caches.

Several soldiers, including a former paratrooper Capt. (Res.) Tamir Oren, spoke about walking into a booby-trapped school in the Gaza Strip, which was rigged with explosives, while others spoke of Palestinian children being used as distractions or in one case in Jenin, in Samaria, a little girl being shot at by terrorists during an IDF operation to make it seem like IDF had killed her. However, the IDF soldiers protected and saved her.

In a Twitter post the organization said “We hope that the Court in The Hague will not be surprised when it receives a detailed report with real testimonies proving that Hamas violates the human rights of Palestinians and Israelis and protects itself through civilians and children as human shields.”

In order to appeal to the Court in The Hague, “My Truth” is working with two other organizations with more legal experience: the International Legal Forum and the Jerusalem Institute of Justice.

Director of the International Legal Forum Yifa Segal said that “the purpose of the testimonies is not only to shock the morals of the listener, but also to present a flagrant violation of international law, which is a war crime and crimes against humanity at the most serious levels.