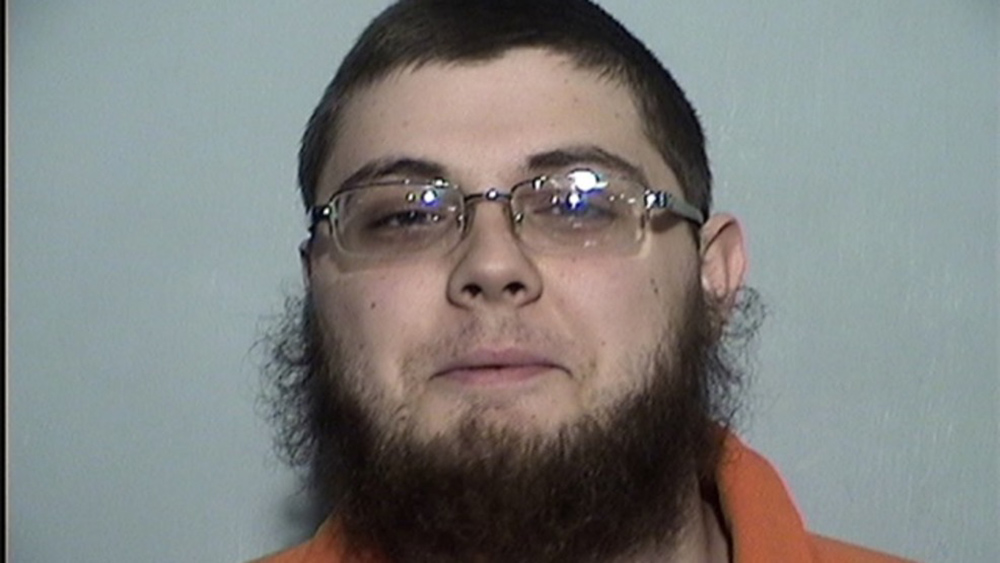 Federal authorities say they’ve charged two people in Ohio involved in planning separate attacks, including one who wanted to carry out a shooting at a synagogue.

The FBI and Department of Justice said Monday that the attacks were in the planning stages and that there was no immediate threat to the public.

But they say both people who are from the Toledo area had identified specific places they wanted to target.

The FBI says a suburban Toledo man arrested Friday wanted to carry out an attack on behalf of ISIS and began focusing on a synagogue and talked of killing many people, including a rabbi.

Federal authorities say the other arrest involved a woman who wanted to shoot up a bar and also blow up a pipeline.

Damon Joseph, of Holland, Ohio, was charged in federal court in Toledo on Monday with attempting to provide material support to ISIS. He told an undercover FBI agent that he was inspired by the shooting attack on a synagogue building in Pittsburgh that left 11 worshippers dead.

“I admire what the guy did with the shooting actually,” Joseph said of the Pittsburgh shooting to an undercover agent, according to the Department of Justice. “I can see myself carrying out this type of operation.”

Joseph, 21, told the agent that he wanted to kill a rabbi, the Toledo Blade reported, citing an FBI affidavit. He also said, according to the FBI, that “Jewish people were evil and deserved what was coming to them.”

He sent a plan for his attack on one of two Toledo synagogues to the agent earlier this month with a request for weapons and ammunition. He took possession of the weapons, two AR-15 rifles, on Friday from the agent and was then arrested, according to the newspaper.

The FBI said that law enforcement became aware of Joseph earlier this year though his activities on social media. He pledged his allegiance to ISIS and made videos to encourage others to join ISIS, the jihadist militant group. He expressed hatred for Americans – singling out gays, Christians, Catholics and Jews, according to the FBI.

If convicted, Joseph faces up to 20 years in prison.

The Secure Community Network, a national Jewish community initiative, praised the FBI “for their ongoing and thorough work on behalf of the safety and security of the Jewish community,” noting that Joseph had been under surveillance for nearly a year before his arrest.

Michael Masters, SCN National Director and CEO, said in a statement that there is “no known ongoing threat against the Jewish community” related to Joseph’s actions. He called Joseph’s plans “highly calculated and inspired by hatred.”

Toledo Mayor Wade Kapszukiewicz said Monday in a statement: “We cannot tolerate hate directed toward people of Jewish faith, or of any other religion, and last month’s mass-killing at a Pittsburgh synagogue is a reminder of just how real this threat is. As Hanukkah concludes this evening, all Toledoans should reflect on the holiday’s themes of liberation, identity, and most importantly, freedom from religious persecution.”