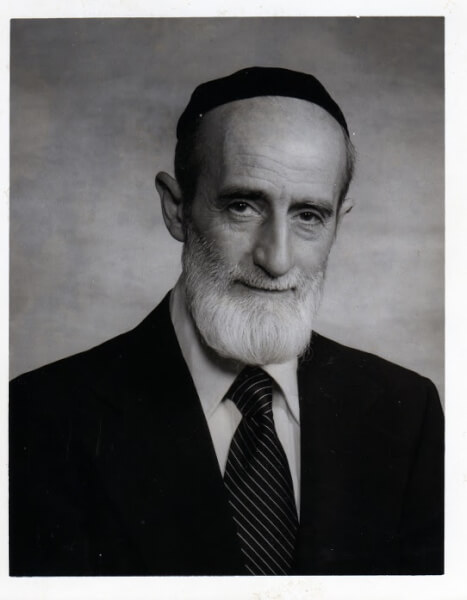 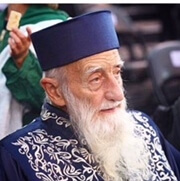 Born in Jerusalem in 1920, Shaul Kassin came to New York with his parents and two siblings in 1933, when his father, Rabbi Jacob S. Kassin became Chief Rabbi. Rabbi Shaul was editor in chief of Nir, yearbook of Teachers Institute at Yeshiva University, and of the school newspaper, where he also wrote Hebrew articles. Rabbi Shaul is an excellent mathematician. He typed his own speeches in Hebrew and English. He received his semicha from his father, Rabbi Jacob S. Kassin.

After becoming a rabbi, Rabbi Shaul Kassin taught for over 32 years at the Magen David Talmud Torah, and then the Yeshiva. Rabbi Shaul had hundreds of students during those first years in the community. His students include Rabbi Isaac Dweck, Rabbi Moshe Shamah, Rabbi Benjamin Seruya, Rabbi Diamond, Rabbi David Cohen, Dr. Robert Matalon, Dr. Eddie Sutton, Dr. Leo Sultan, and many others.

Rabbi Shaul was his father’s most trusted assistant. As Rabbi Jacob’s secretary, he wrote articles for him. Rabbi Shaul was secretary of the Bet Din. Rabbi Shaul had many accomplishments of which he is proud. He is the author of Light of the Law: Guideposts to Biblical Commandments and the Commentaries. (Shengold Publishers, 1980), a book on Jewish law, and commentaries. He assisted in building mikvehs in the United States, and in Israel, established Nivat Yisrael, a school for girls.

He was named Chief Rabbi of the Brooklyn community after his father’s death in December 6,1994.

May the family be comforted among the mourners of Zion & Jerusalem.