Bloomberg Might Sell Parent Company Ahead of Presidential Run in 2020 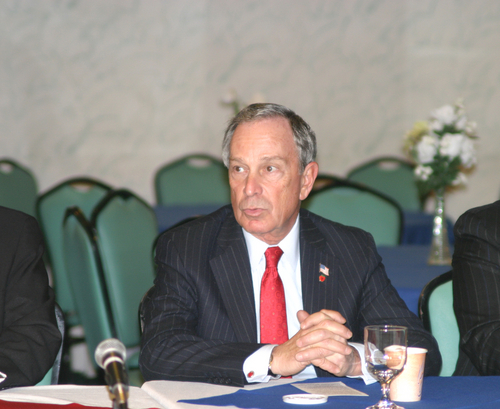 Bloomberg News is now in the news for reportedly shedding dozens of its senior reporters and editors this year, in what may be preparation for a sale of the parent company.  As reported by the NY Post, Billionaire owner Michael Bloomberg, the former NY Democratic Mayor, philanthropist, and the 8th-richest person in the United States, is considering selling Bloomberg LP, the news empire, ahead of his possible presidential campaign.

More than 42 experienced reporters and editors, most of them in New York, have left the company this year, as per a list independently confirmed by the Post.  Those named on the list, left for a mix of reasons from layoffs to voluntarily resigning, and mostly declined to comment. Some of them have continued their careers moving to CNBC, the New York Times and other news outlets.

Just in the last week, the company confirmed that more than four senior editors were laid off.  They include: Bob Brennan, a markets editor who started with the company back in 1993; Chuck Stevens, hired in 1996, now an editor at Daybreak, a fast-news outlet; John Lippert, a senior writer hired in 1995, who covered the auto industry; and Faris Khan, who joined in 2010, and served as senior editor covering corporate finance.  Ty Trippet, a spokesman for Bloomberg, did not comment on the recent layoffs, and maintained that the headcount at Bloomberg has increased this year.

Insiders are speculating that the removal of better-compensated employees, which will be replaced by younger, cheaper reporters, is part of the strategy to lay the groundwork for a possible sale of the company.  Senior editors and staff members   tend to make roughly $250,000 a year, while new hires make only about a quarter of that amount.  It sounds like part of a clever plan to bolster profits.

Sources told the NY Post that the company is trying to increase operational profits by about 3 percent ahead of any possibility of sale, which may occur as a buyout or an IPO.  On Wednesday, Mr. Bloomberg told an Iowa radio station he might sell Bloomberg LP, which he co-founded in 1981, if he runs for president in 2020.  “It would either go into a blind trust or I would sell it. But I think at my age, if selling it is possible, I would do that,” said Bloomberg, who is now 76-years-old. Directly selling a company of this magnitude would present its own difficulties, as many of the interested buyers would not have the means to do so.  As per Forbes, Mr. Bloomberg has a net worth of 44.6 billion, making him the 11th richest person in the world.