As NYC Construction Permits Rise, So Do Worker Deaths - The Jewish Voice

As NYC Construction Permits Rise, So Do Worker Deaths 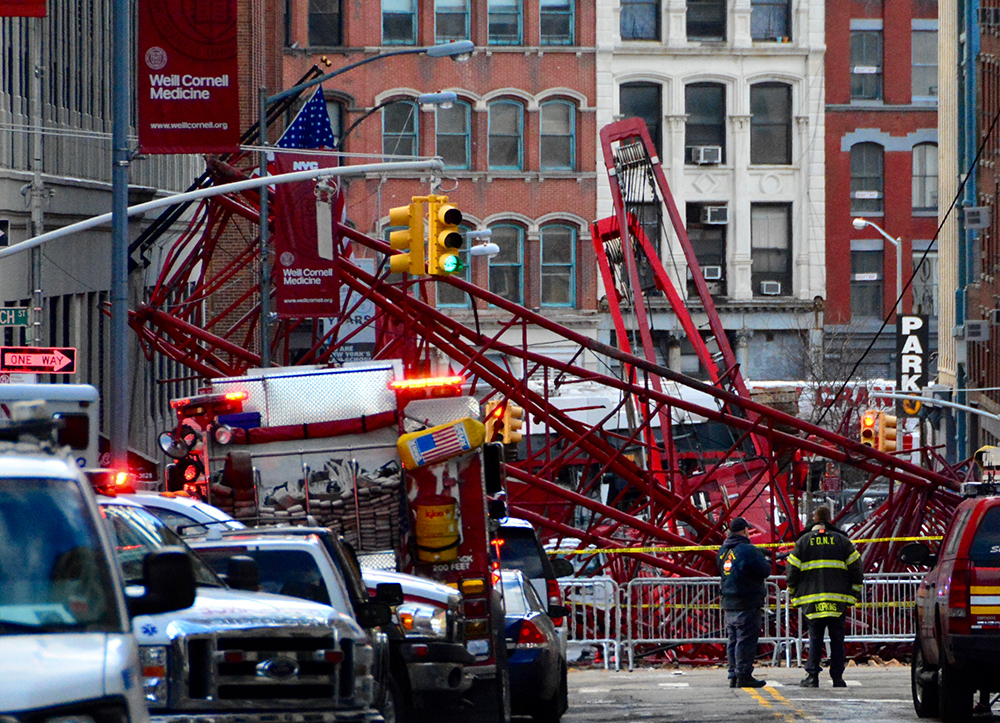 Construction work remains a grueling and dangerous job, and as federal regulations and agencies become more lax, construction workers have more reason to worry at a time when construction deaths in the city are hitting the highest point in about a decade.

Crain’s New York reports that “construction injuries in the city have been higher in 2018 than in any year of the post-recession building boom while fatalities will at least match the high-water mark of recent years, new statistics show.”

Just through October, injuries are already well past 2017 numbers, and accidents and injuries have been on the rise since the start of the increase in building permits that started in 2014.

A worker was crushed to death over a month ago in Brooklyn, which brought the total construction deaths on record to 12, which is less than the amount of worker deaths in construction that the federal Occupational Safety and Health Administration counted by their methodology.

City Hall and the City Council are doing what they can to change this grisly trend. The political bodies have tried increasing fines and oversight, and according to VIN News, “last year, the council enacted a sweeping safety law that eventually will require every worker to have at least 40 hours of safety training.”

“No building is worth a life—even one construction-related death is too many,” a Department of Buildings spokesman said in a statement. “DOB is committed to building a culture of safety in the construction industry.”

The Jewish Voice routinely covers construction in the city. One reason for the building boom is construction after Superstorm Sandy.

Over the last five years, since Superstorm Sandy washed out the neighborhoods along the city’s coastline and caused billions of dollars in damages, developers are filling these waterfront areas with tons of new commercial and residential buildings.

In a study by StreetEasy, it noted an “explosion” of new buildings. In the report, StreetEasy Senior Economist Grant Long said, “The demand for new housing has proven stronger than the memory of Sandy’s destruction.”

He said, “The pace of waterfront development conflicts with the lessons of Sandy and this year’s hurricane season, and calls the wisdom of development in some flood-prone areas of the city into question.”

The study found that since 2012, Red Hook, which had its streets flooded with up to nine feet of water during the storm, has 27 new residential buildings. With the rise of new constructions, the cost to live in Red Hook also continues to rise. This year, the neighborhood earned the rank as the priciest area in Brooklyn to live in. Back in May, the Italian developer Est4te Four was paid $110 million by Sitex Group for a five-property development site on the waterfront.