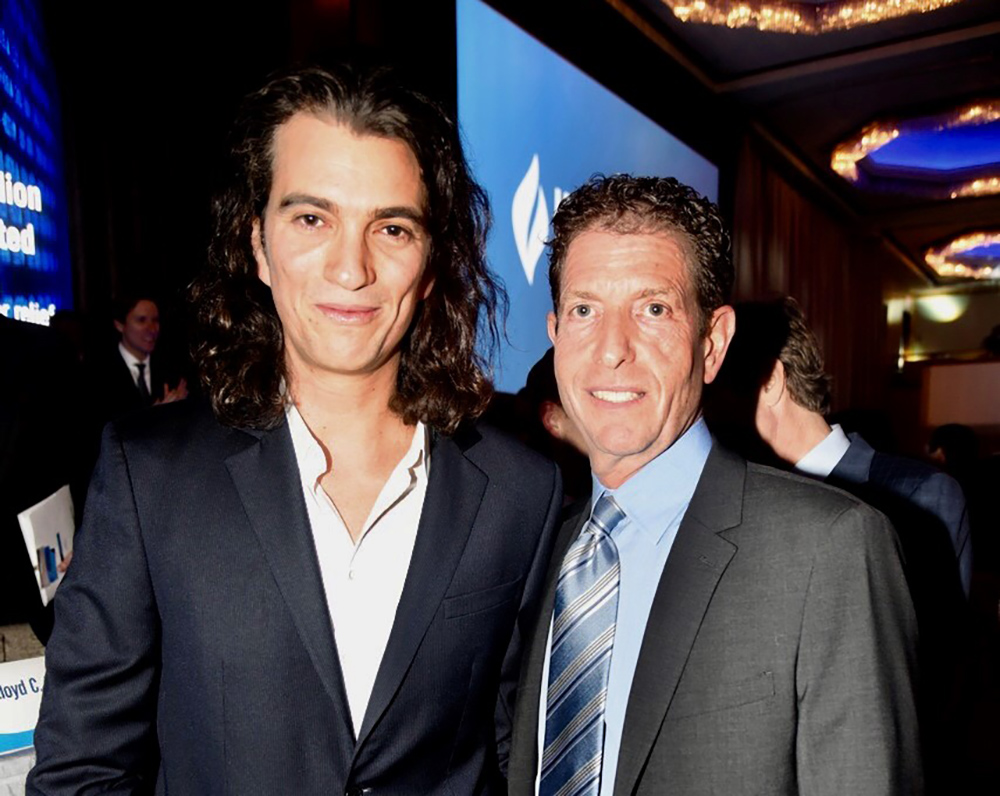 By Lieba Nesis United Jewish Appeal (UJA) Federation held its annual dinner on Monday December 10, 2018 with cocktails beginning at 5 PM at the Hilton Hotel. This year the crowd was epic as more than 2,100 people squeezed into the back room of the sold-out $350 event. There was barely room to take photos as thousands of people, mostly men, came to fraternize with their friends and colleagues. UJA was founded in 1917 and continues its mission of promoting Jewish identity, helping the elderly age with dignity, combating poverty and caring for people with disabilities and special needs. Four-and-a-half million lives were changed this year because of UJA as $81 million has been allocated for disaster relief since 2007, $6.8 million set aside for Holocaust Survivors, and 577,000 elderly cared for in New York, Israel and Russia.

Current president Jeff Schoenfeld spoke of their initiatives which included feeding thousands of poor families, spending $40 million for two community resource centers in Queens and Brooklyn, funding online platforms to help teens deal with anxiety and depression, and supporting more than 10,000 Holocaust survivors a day. Aside from recognizing the organization’s accomplishments the evening was celebrating the transition of leadership at Goldman Sachs from former CEO Lloyd Blankfein to current CEO David Solomon who received the Gustave Levy Award. The other honoree of the night was Anton J. Levy, managing director and global head of technology at General Atlantic, who received the Alan Greenberg Young Leadership Award for his values and ideals which reflect those of the late great Ace Greenberg.

Every year there is one star of the evening whose impact is so great that people discuss this person for years to come and this influencer might even change a couple of lives in the process.

Last year it was Howard Lutnick, in 2016 it was Michael Douglas and in 2015 it was Michael Milken-tonight it was WeWork’s Adam Neumann. Neumann, 39, is an Israeli-American billionaire, who co-founded WeWork in 2010. Neumann was born in Israel and served in the IDF as an officer. After completing his army stint, he graduated Baruch College and started WeWork which transforms buildings into collaborative workspaces. The company has a valuation of $20 billion and manages 10 million square feet of office space in 502 locations.

Tonight, Neumann was the star of the evening as hundreds of attendees ran over to get a picture with this luminary who had hair down to his shoulders and a big yarmulke adorning his head. Married to Rebekah Paltrow, they have four children and follow an orthodox lifestyle. As if keeping Shabbat wasn’t cool enough with super powerhouse couple Jared and Ivanka Kushner attesting to its numerous benefits; tonight, Neumann spoke about how being observant had transformed his life. Neumann said while he was living in Israel he didn’t feel any appreciation for his Jewish identity and it wasn’t until he arrived in New York that he started on his Jewish journey. In 2015 he became observant which transformed his life from focusing on himself, and his ego to helping others.

He noted that the observance of Shabbat had humbled and grounded him and stopped him from being haughty. He also compared UJA to WeWork as they both successfully seek to foster a community. Neumann called out to his Rabbi, Rabbi Heller, from the stage to thank him for improving his life. There was a lot of gratitude in the house as CEO of Goldman Sachs David Solomon thanked his parents and Lloyd Blankfein recalled how appreciative he was to UJA since he grew up in the Bronx and was a beneficiary of their camps and programs-remarking he went from being a beneficiary to a benefactor.

Anton Levy, also thanked his South African parents as he recounted the difficulty involved in moving from South Africa in 1977 and abandoning their home and riches to escape apartheid and all its injustices and how he stood on the shoulders of those who came before him. Levy also praised UJA for helping the underprivileged and balancing out the inequities of life. After the program concluded at precisely 8 PM, as promised in the schedule, guests returned to the back room for gambling, more dinner and desserts, and a DJ who played some Cardi B and rap tunes-this organization really does “Appeal” to everyone, especially with its democratic ticket price.