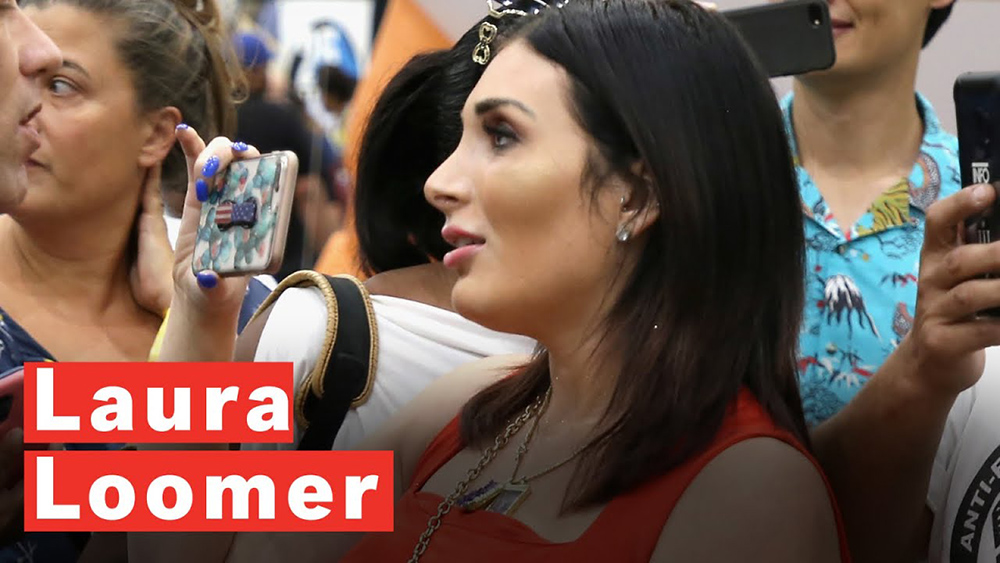 If the recently deceased comic book genius, the kid from New York, Stan Lee, ever wanted to create a Jewish super-heroine, he could not have found a better real life model than Laura Loomer to base her on. But Laura, as a real life protector of our American and Jewish values, does not need to hide behind a mask nor does she have to wear an outlandish uniform to perform her duties of mitzvah. She does them fearlessly and without regard for the condemnations of the anti American/Jewish Left. But since no good deed goes unpunished, for her bravery under fire she has had her Twitter account suspended…for the time being. Strange that the cowardly forces behind both Facebook and Twitter, who both not too long ago proudly stated that they were the voices of diversity permitting all their members to honestly, without vulgarity, to state their views openly and without fear of retribution have done just the opposite. So much for the life span of promises from the Progressive controlled media elites.

Ms. Loomer, claims she was pulled off Twitter after she accused new House member IIhan Omar of being anti-Jewish, pro-Sharia and in favor of female genital mutilation (FMG). Ms. Omar, who replaces Keith Ellison, from Minnesota’s 5th Congressional District, argued extensively against a 2017 bill in her state that increased penalties for female genital mutilation. In other words, she supported Sharia Law which is a threat to our Constitution and our freedoms. And Omar is unquestionably in favor of the Boycott, Divestment and Sanctions Movement that can easily be characterized as anti-Jewish. Her office, after the election, stated to the MuslimGirl website, that Omar supported the BDS movement against Israel. That came as a surprise to her Jewish supporters in Minnesota who were told by her that she was opposed to this tactic. That’s another Sharia biggee, ”Taqqiya,” lying to infidels to defeat them..

Laura has also disrupted a NYC production of ”Julius Shakespeare’ when she rushed the stage to protest a mock figure of President Donald Trump being stabbed to death multiple times as part of the performance. She was also forcibly removed from a Broward synagogue where anti-Israel Florida candidate for governor, Andrew Gillum was scheduled to speak. They anticipated her disrupting the event. We’ve written previously about these social websites and their dumping of conservative writers but such as Louis Farrakhan and Linda Sarsour continue to spread their hate without threat of being silenced. So getting back to our opening paragraph, we salute our Jewish Super-heroine, Laura Loomer. Even without a cape and the ability to fly, she sets herself up as a role model for all of us….speak out and fight for the Jewish people and Israel before it’s too late.