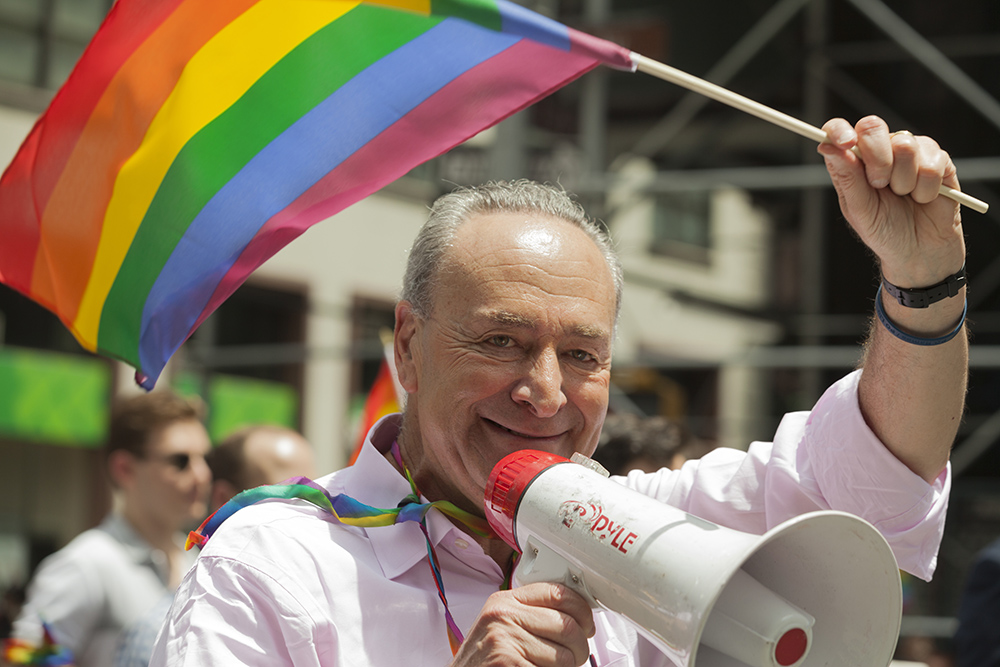 Chuck Schumer made a teary-eyed show of his supposed caring for illegal immigrants – but does he want anyone to know how much he feels for his own daughter?

The New York Post has posed the question of whether or not Schumer has pulled strings to get his daughter a high-paying position with Facebook. As the paper recently wrote, “Facebook employees, including some at the top of its corporate pyramid, have helped fill Schumer’s campaign coffers – and he’s returned the favor by carrying water for the social media giant in Congress, according to a recent report. And Alison Schumer, the senator’s youngest of two daughters, works as a Facebook product marketing manager – which pays an average of $160,000, according to Glassdoor.com.

“It sure looks hinky,” political strategist Susan Del Percio told The Post. “This is an industry that’s been trying for years to fend off heavy government regulation by actively cultivating relationships with senators and House members.”

According to the web site cityandstateny.com, an investigation published by The New York Times has “drawn attention to U.S. Senate Minority Leader Charles Schumer’s efforts to ease the Senate Intelligence Committee’s questioning of Facebook in its investigation of Russian interference in the 2016 election.”

In July, the web site reported, Schumer reportedly asked Sen. Mark Warner, the top Democrat on the Intelligence Committee, to back off his intense questioning of Facebook, advising Warner to look for ways to work with the company instead of antagonizing it, according to the report. “A Senate aide told the Times that Schumer wanted Facebook to focus on solving the issues of right-wing disinformation and consumer privacy.”

Schumer “has helped Silicon Valley in the past by advancing issues like patent reform,” the site continued. The Times reported that Schumer raised more funds from Facebook employees than any other senator in the 2016 election cycle, and noted that Schumer’s daughter Alison is also a marketing manager at Facebook.

“This isn’t the first time Schumer’s connections to a major industry have been scrutinized,” cityandstateny.com said. “Schumer’s campaign fundraising in the tech sector has been significant, though those contributions don’t come close to what he raises from the financial industry. OpenSecrets.org, a campaign finance research site run by the Center for Responsive Politics, tracks donations from companies’ employees and owners, their immediate family members, and their PACs. Those linked to Google’s parent company Alphabet Inc., Microsoft, Apple, and Facebook were some of Schumer’s biggest donors in tech between 2013 and 2018, according to the research group. Those four companies ranked 8th, 20th, 23rd and 26th, respectively, among the senator’s overall donors.”