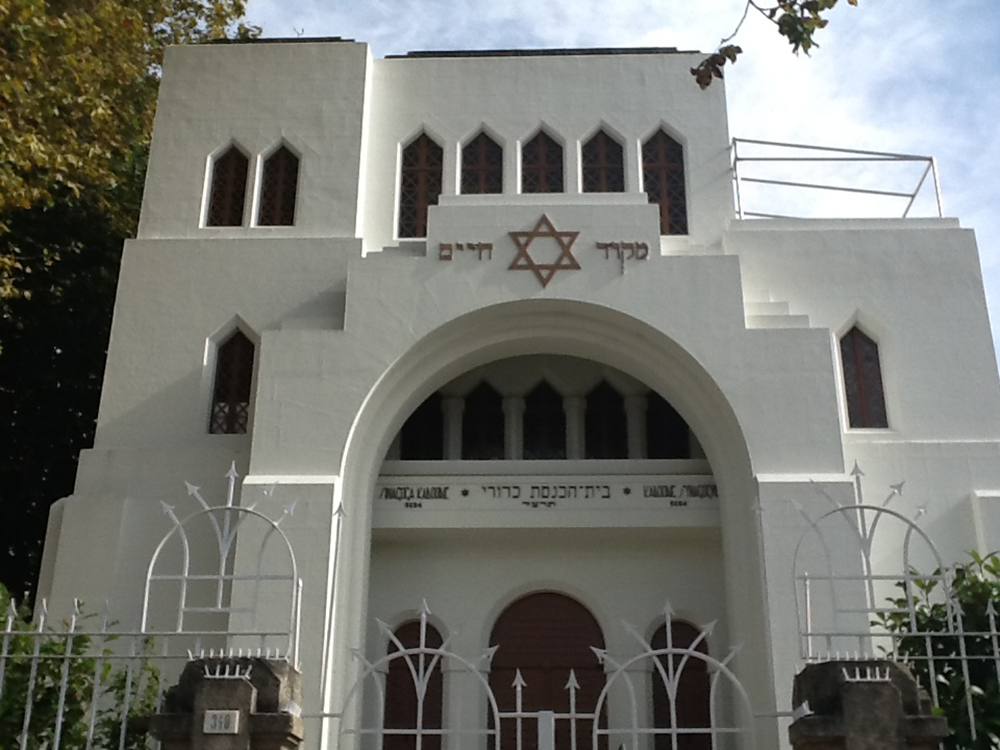 The contribution of Portuguese Jews to world history is enormous and its history is inseparable from the Jewish presence in Portugal between the 5th and the 15th centuries. In the northern region of the country are villages, cities and small towns where important Jewish communities once thrived. It would be hard to trace back the arrival of the first Jews in Porto as it is to trace back the foundation of the city. We know for sure during the High Medieval Ages that there were already Jews in Porto, close to the cathedral and inside the primitive walls of the city. Although Porto tolerated its Jewish community and even tried to protect it for many years, the expulsion of the Jews from the country following the infamous Inquisition completely destroyed its Jewish Heritage.

Porto is also Portugal’s second city, home to one of the oldest Jewish communities in the country that was spared by the earthquake of 1755 that destroyed much of Lisbon but left Porto intact, including the streets of the former Jewish quarter, narrow streets and balconied houses, with street names such as “Rua Monte Judeus,” “Escadinhas do Monte dos Judeus,” and Pátio das Escadinhas do Monte dos Judeus.” The main synagogue stood on the Escadas da Vitória, a place still locally called “Escadas da Esnoga,” meaning “stairway to the synagogue.” There is a plaque that marks this site.

Nearby, there is an ancient Jewish cemetery at Passeio das Virtudes. It was there that the largest numbers of Conversos (also known as Marranos), descendants of Jews forced to convert to Christianity during the Inquisition but secretly practicing Judaism, lived and in the 1920s Porto was the center of a modest Jewish cultural revival under the leadership of an army captain, Arturo Carlos de Barros Bastos. Basto, a Converso, converted to Orthodox Judaism at the age of 33. He was known as the “Portuguese Dreyfus” and was dismissed from the Army because he was a Jew. After leaving the Army, Captain Basto established a synagogue in Porto. As the synagogue grew he then moved into a new building donated by Elly Kadoorie, a wealthy Sephardic Jew.

The “Kadoorie” synagogue was built on property bought and donated by Baron Edmond de Rothschild of Paris. Basto established a Yeshiva in Porto, which ran for nine years educating more than 90 students. These activities did not go unnoticed by the government, especially after an estimated 10,000 families across Portugal admitted to practicing Judaism in secret. False charges were brought against the Captain and he was court-martialed, stripped of his rank and was forced to close the Yeshiva. The Marrano Renaissance was brought to an end. Bastos left behind a small community almost entirely descended from Conversos and the magnificent Kadoorie Synagogue, the largest active synagogue in Iberia.

Every Friday at the start of the Jewish Sabbath, positive murmuring sounds can be heard not only in Portuguese but also in English, French, Spanish and Hebrew, as the community is currently undergoing a rebirth of welcoming Jews who feel threatened in Europe and elsewhere. Dr. Michael Rothwell, a board member of the Kadoorie Synagogue, told NYJTG,“The Jewish Community of Oporto is a community whose membership includes 300 members from all over the world that has been growing from the last three years of only 100 members. The religious Jews and the secular Jews of the Community work together.” He noted that “the vast majority members of our synagogue are either foreign-born or descendants of Europeans who came or Jews who came from other countries during the 20th century. Our oldest member … his father came from Poland in the 40s and we have many families from Egypt, Turkey, France and Israel and from many countries. The community comprises 22 different nationalities, “the largest being French and the fastest growing Israeli,” and “we even have 100 French students from Marseilles studying at the University of Porto for dentistry.”

The Kadoorie Mekor Haim Synagogue is the largest synagogue in the Iberian Peninsula with an impressive blend of Art Deco and Moroccan decor, carpeted inside with Azulejos tiles, typical Portuguese tiles. Its Hebrew name, “Mekor Haim,” means “Source of Life,” while “Kadoorie” is the surname of Hong Kong-born Jews who donated the amount of money needed to complete the building, in honor of a deceased family member, Laura Kadoorie, who descended from Portuguese Jews.

Her husband, Sir Elly Kadoorie, died in 1944 and is still the Honorary President of the Israeli Community of Oporto. Ilan Dahan, a member of the synagogue and chef and soon owner of a new kosher restaurant, Casa de Hummus, told NYJTG, “We have a beautiful and very old one synagogue and we want to keep it like that. More than 80 percent of the synagogue is still original from 1938 … this synagogue survived World World II and we want to keep it like this for many years ahead.”

The congregation includes not only a prayer room, but space reserved for studying, a library, a board room, a community dining room, kitchen, a patio where a Sukkah is built for Sukkot, as well as apartments for the rabbi and the shamash ( a person who assists in the running of a synagogue or its religious services) of the community. There is a ping-pong table in the hallway that keeps young people occupied during Shabbat, as well as a museum on the first floor whose main purpose is to spread awareness of Jewish history and culture as well as the seven Noahide laws that apply to non-Jews; the museum is visited by visiting Portuguese students and non-Jewish tourists from all over the world.

There is a regular minyan and Kiddush every Sabbath. Even though this is not a neighborhood synagogue in the traditional sense, with many synagogue-goers living at a great distance, the synagogue maintains Orthodox practices. Rothwell added that while members include Conservative, Orthodox and Reform Jews, “we are open to the most religious and to the least religious because the least religious also do a lot of work for the community as each of them make their contributions in their own way and that is our key to our success in working together.”

The Porto Rabbinate is recognized by the lsraeli Chief Rabbinate and the Religious Committee is comprised of Orthodox members from Golders Green, London. There is a heated and renovated Mikveh that is in constant use at the synagogue. The Jewish Community of Porto has weekly Torah classes and there is a nursery for children of up to 6 years of age, absolutely free of charge for community members on Sundays.

For Israel, the Crisis in Incoming Tourism Continues