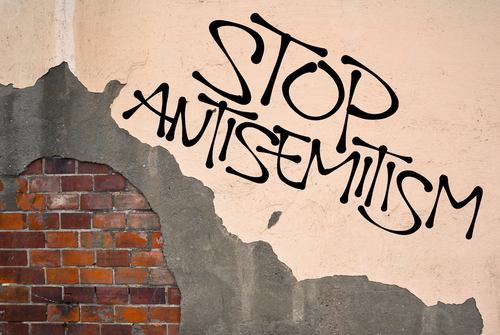 A Jewish professor at Columbia University in New York was the target of anti-Semitic vandalism on Wednesday, walking into her office to discover two red swastikas and the slur “Yid” spray painted on the walls.

Elizabeth Midlarsky, 77, has taught and researched the Holocaust at the Columbia Teachers College for nearly three decades.

She told CNN that she “almost passed out” when she discovered the graffiti and “was so shaky, I wasn’t sure I was going to make it.” Her shock and fear were so great that fellow staff members had to escort her home.

Midlarsky was similarly targeted in 2007, when she began publishing Holocaust research and took part in protests against an invitation to give a speech by Columbia to Iranian President Mahmoud Ahmadinejad, following his calls for Israel’s total destruction.

She reported that her office door was painted with a swastika that year, and that she received hate mail.

CNN reported that at the time, then Teachers College President Susan Fuhrman joined Midlarsky at a student-organized protest, saying, “We stand with our students, who have said ‘enough’ to hate crimes, and in this particular case, to a vicious swastika.”

However, Midlarksy said she has not proffered any controversial public opinions of late, and was taken aback by the recent attack.

Thomas Bailey, the president of Columbia’s Teachers College said in a statement Wednesday, “We unequivocally condemn any expression of hatred, which has no place in our society. We are outraged and horrified by this act of aggression and use of this vile anti-Semitic symbol against a valued member of our community.” Bailey added that they are working with police to find the perpetrator.

CNN reported that Midlarsky, who is 77 and in declining health, says she is baffled by the most recent vandalism.

“I haven’t done anything, said anything,” she said adding that she sees this incident as “connected to a trend and upsurge in anti-Semitism that we’ve seen in recent years.”

NBC News reported that the Columbia University attack comes less than two weeks after someone at Duke University in North Carolina spray-painted a red swastika on a mural honoring the victims of last month’s Pittsburgh synagogue massacre.

The FBI reported this month that hate crime had risen more than a 17 percent across America in 2017 — the third consecutive year the numbers have increased.

Shocking Report: Rikers Prisoners Locked in Showers with No Food, Defecating in Bags