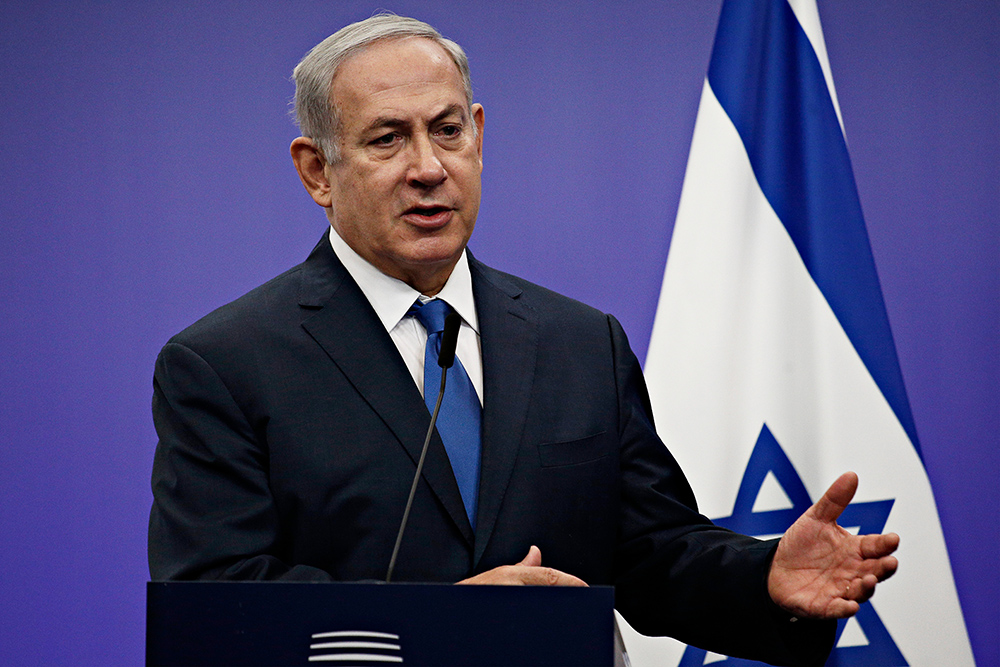 At the Likud party meeting on Monday (November 19, 2018), Prime Minister Benjamin (Bibi) Netanyahu declared, “We have an entire year until the elections.” He made the statement a day after he called on his coalition partner not to dissolve the government. Avigdor Lieberman, leader of the “Israel Our Home” party, originally a party of immigrants from the former Soviet Union, resigned last week as Defense Minister, and pulled his party out of the coalition government. He was hoping to bring down Benjamin Netanyahu’s Likud (party) led government. The pretext for his decision was Netanyahu’s reluctance to engage the Israel Defense Forces in another Gaza war, and his decision to agree to a ceasefire with Hamas. Lieberman denounced the move as “surrender to terror.”

Lieberman’s thinking was that his resignation will prompt other coalition partners to leave as well, and thus new elections will be called, since the Netanyahu government would not have the necessary 61 votes to govern. He failed. Now he will sit on the Opposition benches next to Ayman Odeh, of the United Arab List. Lieberman learned two lessons. One, the country and seated Knesset Members are not eager for new elections to take place, and two, Netanyahu is not led by his coalition partners, but rather the opposite.

Naftali Bennett, leader of the “Jewish Home” party and coalition partner was also in a heated disagreement with PM Netanyahu over the response to the massive rocket attacks from Gaza. Like Lieberman, Bennett also sought more aggressive action against Hamas and its terrorist partners in the Gaza Strip. Bennett used Lieberman’s departure as Defense Minister to petition for this job, the second most powerful post in the Israeli government.

Bennett’s eight seats in the 120 Knesset seats (Israeli Parliament), three more than Lieberman’s party, posed a veiled threat to Netanyahu. The “Jewish Home” party departure from the coalition would have brought the government down, and new elections would become a certainty. Netanyahu however, decided not give in. He was aided by Jewish Home party constituents, who pressured Bennett to stay put. They simply figured that Bennett’s quest for the Defense portfolio was not worth risking an early election result that might harm the party, and diminish its representation in the Knesset.

Benjamin Netanyahu, who sought early elections at one point, has changed his mind and is determined to go on with his narrow coalition government of 61 seats until its official term expires next year. Polls have consistently predicted that the Likud would end up increasing its representation in the Knesset. And Netanyahu predicted in August of this year that the Likud might possibly garner “35 (mandates), 40 is the goal.” Netanyahu has held the office of Prime Minister for 12 years, and if he manages, as it appears, to hold on until next year, he could surpass Israel’s founding father, David Ben Gurion, as the longest serving prime minister.

On Israel’s political map, the serious battle lines are no longer between the political right and the left. The old Mapai (Israel’s Workers Party, later to become the Labor Party and now the Zionist Camp), Ben Gurion’s original power base, dominated Israeli politics from its establishment in 1948 until 1977, when Menachem Begin’s Gahal party (Herut and Liberals Bloc which later became the Likud) shook up the Israeli establishment. Since then, the Center-Left Labor Party held power for only 8 years (Shimon Peres 3 years, Yitzhak Rabin 3 years, and Ehud Barak 2 years). In the last election (2015), the Zionist Camp came out second with 24 mandates, and in recent polls, it is predicted to lose much of its strength.

The Zionist Camp is no longer a serious contender to lead the country, just as the socialism of Ben Gurion’s time can no longer compete with the capitalistic free market of 2018 Israel.

A political game is now being played between the parties of the right and center for the uncommitted votes. Voters in the next elections cycle, possibly next year, will move either from the centrist parties to the Likud, or the reverse, to such parties as Yair Lapid’s Yesh Atid (There is a Future), possibly Moshe Ya’alon’s (former Chief-of-Staff, and Defense Minister in Netanyahu’s government) impending entrance into the political arena, or Benny Gantz, another former Chief-of-Staff who is considering entering political life as an independent.

Orly Levi-Abeksis (daughter of former Likud vice Premier David Levi) split away from the Likud to form her own party, might also compete for centrist votes. There is Moshe Kahlon’s (Finance Minister) Kulanu Party, currently a member of the Netanyahu coalition government, whose ideology is more centrist, albeit, his original home was the Likud. Kahlon toyed with the idea of bolting the coalition, but polls predicting a loss of many of his 10 seats was discouraging enough for him to stay put.

Israel’s electorate in recent decades has moved increasingly from center-left to center-right. Disenchanted with the prospect of peace with the Palestinians, and a strong innovative market economy that raised most Israelis standard of living, has solidified Netanyahu as an unrivaled leader of the country. In poll after poll, Netanyahu outscores the nearest rival by nearly 20 points. His experience and close relationships with world leaders and a healthy economy has overshadowed Netanyahu’s legal problems. A strong showing in the next election cycle will likely remove the prospect of a trial, conviction, or jail time.

According to Dr. Mina Tzemach’s and Mano Geva’s Rosh Ha’shana survey (September 25, 2017), among 533 people who are a representative sample of the adult Israeli population, when asked who is the most suitable figure to serve as prime minister, most respondents favored Netanyahu over his rivals. “Twenty-nine percent believed Netanyahu is the best candidate while 12% prefer Yair Lapid, who is followed by (the Zionist Camp leader) Avi Gabbai with 10%, and Moshe Kahlon and Naftali Bennett 5% each.” 24% said that none of these party leaders were fit to be prime minister. In other words, there is still no alternative to Netanyahu for the position of prime minister.

Tzachi Hanegbi, Minister of Regional Development in Netanyahu’s cabinet, told an audience at a cultural event last July that “The Netanyahu era will end in 10 or 11 years.” He predicted that the 68-year old Prime Minister would serve two more terms.

The Organization for Economic Cooperation and Development’s (OECD) March 2018 annual report issued report cards for its members, the industrialized democracies. Its finding was that Israel with 3.3% growth, a “comfortable” external surplus, and an enviable public-debt-to GDP ratio, got a high grade. Netanyahu instituted many of the reforms and policies that led to Israel’s successful economic upturn as Finance Minister (2003-2005), and has carried these policies out as Prime Minister since 2009.

Netanyahu’s critics have accused him of endangering American sympathies for Israel with his hardline policies on Palestinian independence and his strident opposition to the Iran nuclear deal. Netanyahu was especially lambasted by his political enemies in 2015, when he addressed the joint session of the U.S. Congress in an open opposition to President Obama’s nuclear deal with Iran. The Gallop poll revealed soon thereafter that Bibi was right when he dismissed the dire prediction of his critics as overly alarmist. Gallop showed that 74 percent of U.S. adults have a favorable view of Israel – the highest since 1991. If he wins re-election next year, Bibi Netanyahu will face his legal troubles with another set of talking points. The people have spoken.