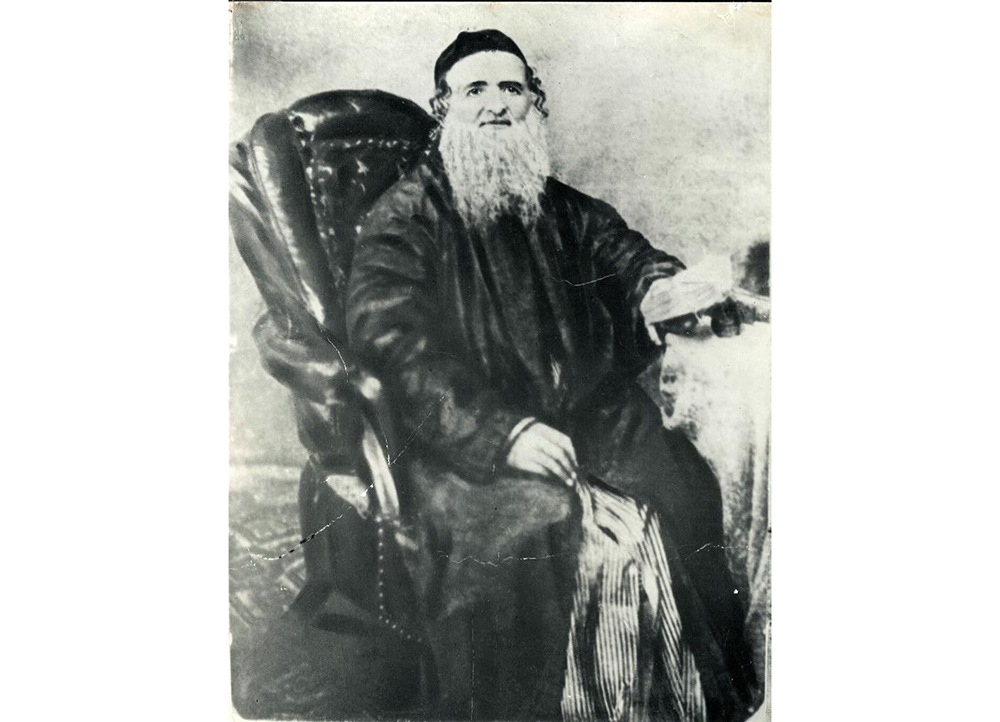 On the 5th of Kislev, the Jewish people will commemorate and honor the 145th Yahrtzeit of the saintly miracle worker, known throughout 19th century Europe as the Menuchas Asher of Czenger. He was renowned throughout Hungary and even across Europe as a tzadik who was imbued with Divine powers and his heilege memory continues to warm hearts in the service of Hashem today. He was particularly known for his segulos and blessings that healed the sick and aided the needy with a touch of the supernatural.

Born in Secze, Hungary in 1806 into a family of rabbinic aristocracy, Reb Asher Anshel, zt’l quickly earned a name in his own right. He studied for two years under the saintly Maharam Ash, who later described his student as “the outstanding rabbi and wonder worker.” At the tender age of 28 Rabbi Jungreis was eagerly welcomed as rabbi of the city of Czenger.

During his early years in Czenger the rabbi suffered from an appalling level of poverty. Without sufficient funds to purchase firewood, he suffered through the worst of the freezing European winters. Nights were spent cuddling up with his sons under blankets so they could study Torah together.

Somehow, though, the tzadik nevertheless managed to find money to support numerous widows and to marry off orphans. He also sent large sums of money for the poor of Eretz Yisrael. After his death, a receipt for the unbelievable amount of 25,000 gold coins was found in his possession. In appreciation, the people of Yerushalayim sent Rabbi Jungreis a fine garment of the type worn in their city. The rabbi made a point of wearing it all the time, and it can be seen in the famous photo of the Czenger Rav.

Beginning in 1842, when the Czenger Rav was 36 years old, his reputation spread throughout Hungary and beyond. People streamed to him from all over to receive the rabbi’s blessings and advice, and everyone knew that whoever followed the tzadik’s advice would be crowned with success. He offered segulos to heal the sick and blessed the barren with child.

Rabbi Jungreis had an uncanny ability to immediately reveal the cause of every health problem that was brought before him, even in cases where the top professors were completely stymied. It was obvious to all that he merited Divine Providence due to his wisdom and saintliness.

Among the many tzadikim who expressed their highest regards for Rabbi Asher Anshel Jungreis was Rabbi Meir of Premyszlan. He sent the Czenger Rav an invaluable gift: a handwritten siddur prepared a G-d-fearing scribe. Rabbi Jungreis treasured this gift, which remains in the possession of his descendants to this day, and he made it his practice to daven specifically from this siddur. The Czenger Rav wasalso praised highly by the Divrei Chaim of Tsanz, who often sent his sons to visit and learn from Rabbi Jungreis, as well as the Yeitiv Lev of Sighet.

On the night of the fifth of Kislev in 1873, Rabbi Asher Anshel Halevi Jungreis finished Maariv as he usually did and sat down to deliver a shiur on the Talmud in Shabbos that describes the experience of Moshe Rabbeinu when he ascended on high. Then the Czenger Rav lay down in his bed and passed away later that night in his sleep. He led the Jewish people for over 40 years.

Ever since his funeral the following day, the kever of the tzadik in Czenger has been known as a place where tefilos are accepted. Many people have enjoyed wonderful yeshuos after visiting the final resting place of the renowned Baal Mofes.

In addition to his seminal work Menuchas Asher, Rabbi Jungreis’ history is recorded in Niflaos Asher and Toldos Anshei Mofes. His legacy is carried on by his many descendants who for generations have provided guidance and leadership to Jews all over in their positions as rabbis and Torah leaders. (Over 80 of his descendants who were killed during the Holocaust, הי”ד, were leading rabbis and teachers in Hungary.)

Outstanding among these is Rabbi Mordechai Jungreis שליט”א, the Niklesburg Rebbe. The Niklesburg Rebbe is a fifth-generation descendant of the Menuchas Asher through a direct patrilineal line. His work in spreading the warmth of Torah and Chessed through the “Niklesburg Chessed Center” and in the summertime through the Woodbourne Shul, Congregation Bnai Israel, is well known.

Another internationally recognized descendant of the Menuchas Asher was Rebbetzin Esther Jungreis, a’h, who founded the Hineni Torah outreach organization in 1973. For over 40 years, Rebbetzin Jungreis dedicated her entire life to bringing Klall Yisroel closer to Hashem and Torah through her captivating Torah classes, as well as her many Hineni parties, seminars and special events.

Throughout the decades, she touched the hearts and souls of tens of thousands of alienated Jews and helped them find their basherte in the countless shidduchim that she made. Moreover, Rebbetzin Jungreis, a’h, was known for her palpable warmth, her powerful Ahavas Yisroel, her brilliance in chinuch, and her exceptional oratory skills, thus giving her the uncanny ability to help lost Jews rediscover and connect to their majestic Jewish heritage.

Many descendants and followers traveled to Hungary to daven at the kever of the tzadik on the day of the Yahrzeit. In Boro Park, Brooklyn a very special Yahrtzeit Seudah will be hosted by the Niklesburg Rebbe שליט”א. The attendees will share in this heartwarming experience and bask in the glow of the miracle rabbi, the Czenger Rav, zt’l.