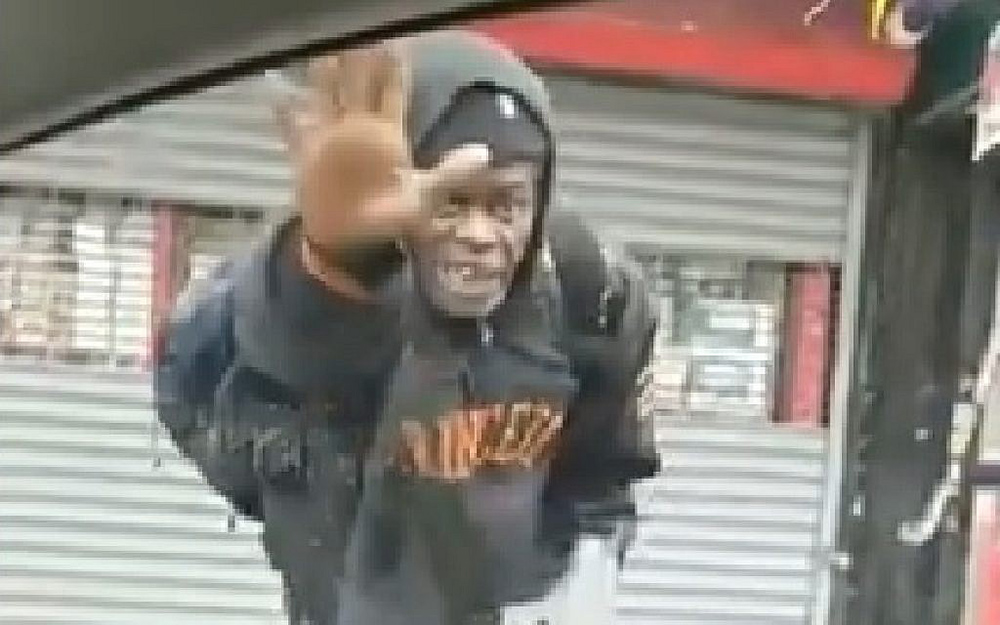 A man has been arrested in Brooklyn for shouting “Heil Hitler” at a Jewish man as he sat in his car, JTA reported on Sunday.

The man, who was identifiably Jewish, was sitting in his parked car and preparing to go to a meeting in a nearby building on Thursday morning when the young African American man shouted at him through the window that he should leave the neighborhood.

“This is a black neighborhood and you don’t belong here,” the man reportedly said.

He then started saying “Heil Hitler” and making the stiff-arm salute, which was filmed by the camera on the car owner’s cell phone. He returned to the car a second time to shout the same anti-Semitic slur, according to JTA.

The car owner filed a complaint with police. He was asked about a half hour later to come to a local police station and identify the perpetrator, who was then arrested.

The same day, a school bus driver in the Boro Park neighborhood of Brooklyn made a Hitler salute and yelled “Heil Hitler” at an identifiably Jewish man after complaining that he did not park properly near a local school, according to the report.

The bus driver asked “do you do this when you park near ‘your’ schools?”. The man said that when he tried to film the bus driver making the Nazi salute, the bus driver knocked his cell phone to the ground.

The bus company reportedly denied that the incident took place but local residents reportedly witnessed the altercation, according to JTA.

Brooklyn has seen a number of anti-Semitic incidents in recent weeks. Last week, the New York Police Department began circulating surveillance video of a group of preteens and teens who it says has carried out a series of recent anti-Semitic attacks in the area.

The incidents include a metal pipe thrown through the window of a synagogue in the hasidic neighborhood of Williamsburg on November 3 during afternoon services on Shabbat.

The incidents took place just days after a number of synagogues and yeshivas were attacked in the same area.

Seven fires were set outside of Jewish facilities in South Williamsburg, and anti-Semitic graffiti was scrawled on another Brooklyn synagogue.

A suspect arrested in connection with the fires was later identified as James Polite, a former intern for then-New York City Council Speaker Christine Quinn, and a campaign volunteer for former President Barack Obama’s 2008 presidential bid.