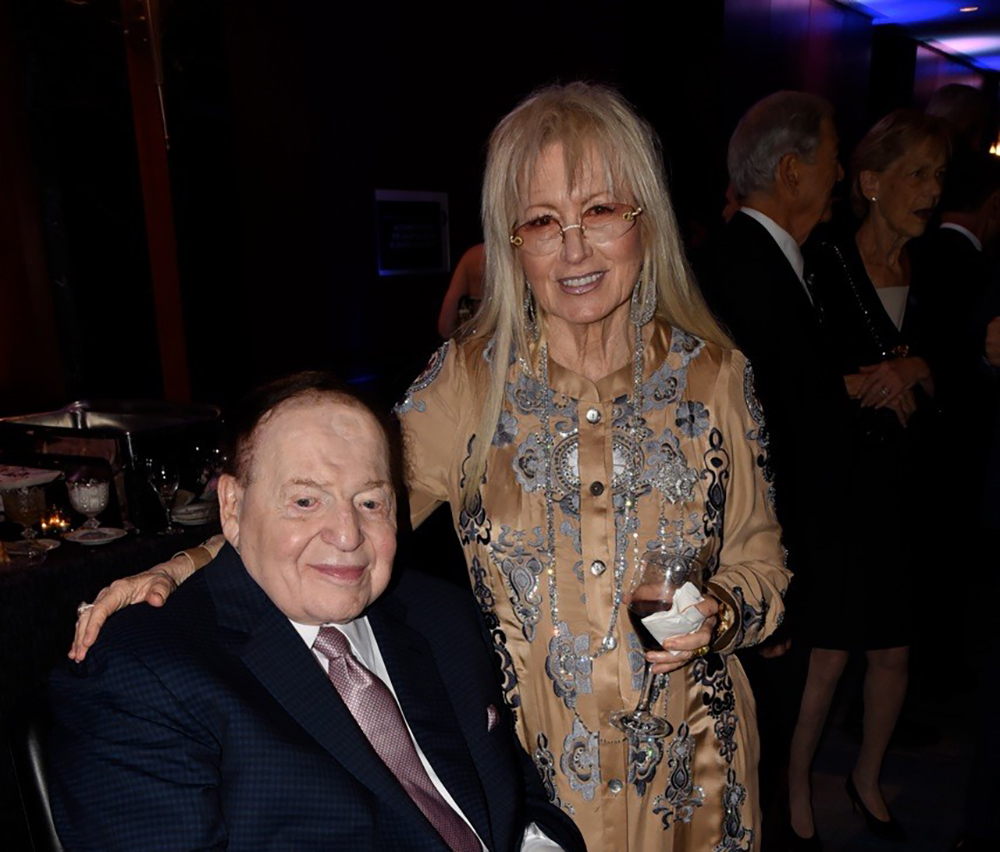 We’ll start out by informing our readers who Mrs. Miriam Adelson is and what the Presidential Medal of Freedom Medal she’ll receive from President Trump on November 16th is all about. Miriam is the wife of Sheldon Adelson and this honor was first awarded by President Kennedy and all future presidents to recipients “for especially meritorious contributions to (1) the security or national interests of the United States, or (2) world peace, or (3) cultural or other significant public or private endeavors.” And like all other deeds of President Trump, the Left has jumped all over one of his choices, Mrs. Adelson because her husband has been a major contributor to the “big, bad Republican Party.”

But Miriam is not only a billionaire’s wife, she is a noted medical doctor specializing in the disease of narcotic addiction, founded two research centers committed to fighting substance abuse and together with Sheldon, also established the Adelson Medical Research Foundation treating thousands for this grave illness. She’s also an outstanding member of the American Jewish community, supporting Jewish schools, Holocaust memorial organizations, Friends of the Israel Defense Forces and Birthright Israel, among other causes.

But her many contributions to society are not enough to satisfy the Democrat controlled media. We read in the Chicago Tribune that: “..the Adelsons also contributed at least $87 million to GOP candidates in the 2018 midterms.” And the Washington Post whineingly chimed in with:” Adelson’s selection, however, raised some questions about her qualifications for the award and also whether the White House was rewarding a donor.” We’ll throw in our two cents by proudly stating that, yes! the Adelson’s are proud, staunch supporters of Trump and are also backers of Israel and its PM Netanyahu and are owners of Israel Hayom, a politically conservative newspaper in Israel but what has that to do with Miriam’s obvious contributions to society? Nothing at all!

We tried to dig up anything negative from the mainstream media about President Obama’s awarding this medal to such outspoken major Lefties as Barbra Streisand, Bruce Springsteen, Tom Brokaw or Ellen DeGeneres, none of whom had ever medically saved a human life, and came up empty handed. Ditto for other Obama choices such as heavy Progressives, mega- billionaire couple, Bill and Melinda Gates.

But Obama’s choice of Ireland’s Mary Robinson in 2009 was an obvious slap in the face to Israel. Robinson was the United Nation’s High Commissioner for human rights in the infamous 2001 World Conference Against Racism in Durban, South Africa. Both the U.S. and Israel pulled out of the conference over objections to a document accusing Israel of racism in its treatment of the Palestinians. She was an ardent Jew/Israel hater who was rewarded with this prestigious honor by President Obama with no outcry from the media.

So, to Dr. Adelson, congratulations on being honored by our president and nation for your contributions to all of society, Jew, non-Jew and even to the enemies of Jews and the Jewish State. May G-d bless you and keep you safe.