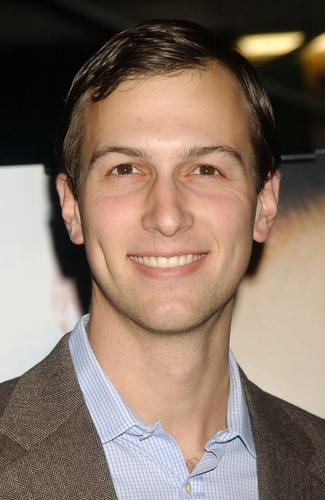 Iranian Assassins All Over the World

Governmental Abuse of Power Could Lead to Violence

A Message to the Jewish Community: If You Live in the 10th Congressional District – You Must Vote Against Yuh-Line Niou!

There is no doubt that at the point in time of the 2016 presidential elections, Trump was clearly not the favorite of any black or Hispanic leaders or groups. He was deemed “bigoted,” “biased” and a “white supremacist” by the likes of such glittering stars of intellectual mediocrity as Al Sharpton and Maxine Waters. We are awaiting their comments on his recent support for bi-partisan legislation that if passed, will surely lead to changes in our current criminal sentencing laws that appear to negatively affect men of color.

And to top this story off is the fact that none other than Trump’s son-in-law, Jared Kushner was the leading voice in the White House pushing for these proposed changes that should change the way in which non-violent criminals are sentenced needlessly to years of incarceration. He has worked with lawmakers from both parties over the past two years on the Senate bill and has met with acting Attorney General Matthew Whitaker, who is said to be more open to the overhaul than former Attorney General Sessions.

Jared’s interest in this legislation stems from his Dad’s poor treatment while he served time in a federal prison. He joined in with the bill’s authors to form a prison reform think tank at the White House last week with the inclusion of President Trump. Amazing that it took a Republican president and a family member to do what no other president before him had ever even contemplated.

Trump’s words: “I’m thrilled to announce my support for this bipartisan bill that will make our community safer and give former inmates a second chance at life after they have served their time. We’re all better off when former inmates can receive and reenter society as law abiding, productive citizens.” This move is in addition to the Republican led House’s passing legislation last May that would provide more education for federal prisoners and give them a second chance after their release. That bill would give more opportunities for current inmates to get their GED’s, vocational and college courses as well as assistance with their substance abuse and mental health help.

A major opponent of that bill was our own Rep. Gerald Nadler, who claimed it did not go far enough to reform sentencing guidelines and would even “exacerbate racial biases on the part of prison officials.” We’re waiting with baited breath to see how Nadler responds to the President’s and Kushner’s pushing for bipartisan support for this new proposed prison sentencing reform package. Will Nadler be blinded by his hatred for our president enough to stump against this legislation? Who knows but Jerrold.