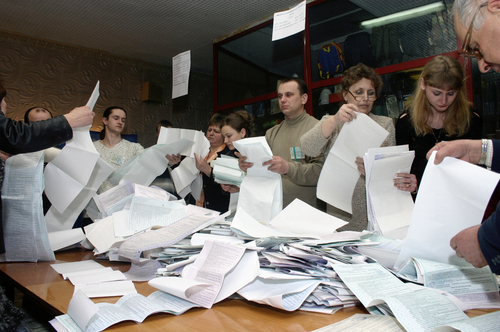 The Democratic candidate for governor in the state of Florida has rescinded the concession he made Tuesday night after the Florida secretary of state announced the governor’s race, as well as the race for a seat in the Senate, will be subject to a recount.

Andrew Gillum spoke to media Saturday shortly after the recount announcement. He said, “I am replacing my words of concession with an uncompromised and unapologetic call that we count every single vote. I say this recognizing that my fate may or may not change.”

Gillum said every Floridian who participated in the election deserves the comfort of knowing that every vote will be counted.

After Gillum’s concession speech on Tuesday, DeSantis has proceeded as if he is the victor, appointing a transition team in preparation for taking office in January.

The recount decision was announced earlier Saturday after unofficial tallies were submitted. Florida state law requires a statewide machine recount when the margin of victory is less than 0.5 percent, and a manual recount if the margin is less than 0.25 percent.

The governor’s race between Gillum, the Democratic mayor of Tallahassee, and Ron DeSantis, a Republican former congressman, showed DeSantis leading by 33,684 votes, or about 0.4 percent.

The contentious U.S. Senate race between Republican Governor Rick Scott and incumbent Democrat Bill Nelson had Scott ahead by just 15,562 votes, a lead of 0.15 percent.

Unofficial vote counts from county canvassing boards were submitted by a midday Saturday deadline, enabling the Florida secretary of state and the Division of Elections to determine that the returns met the legal thresholds requiring recounts.

The uncertainty over the outcome of the races has deepened divisions in a state that is likely to play a key role in the 2020 presidential election. The recounts will determine if Nelson returns to Capitol Hill or if Republicans increase their lead in the Senate.

The fight for Nelson’s seat has been particularly acrimonious, with both sides filing lawsuits. Scott, President Donald Trump and other Republicans have accused Nelson of trying to steal the election, while Nelson has alleged Scott is trying to stop officials from counting every ballot. Trump called the situation “a disgrace.”

Scott had asked the Florida Department of Law Enforcement to investigate the election departments in South Florida’s Democratic-leaning Broward and Palm Beach counties after his lead narrowed as ballots continued to be counted throughout the week. A state election spokeswoman said Friday, however, an investigation would not be launched because there was no evidence of fraud.

Judges ruled in favor of Scott late Friday, ordering election supervisors in the two counties to release information on the ballot-counting. (VOA)