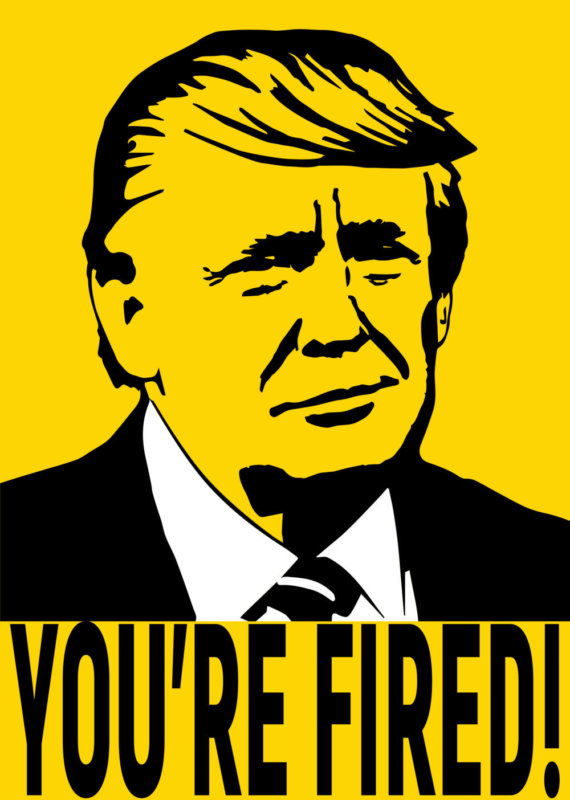 President Donald Trump forced out the country’s top law enforcement officer on Wednesday, a possible prelude to derailing the special counsel’s investigation of Russian interference in the 2016 presidential election.

Attorney General Jeff Sessions, in a letter, said he was complying with a request by the president for him to depart as the head of the Justice Department.

“At your request, I am submitting my resignation,” Sessions said in the letter, noting that he had “worked to implement the law enforcement agenda based on the rule of law that formed a central part of your campaign for the presidency.”

Trump, in a pair of tweets on Wednesday afternoon, announced that Sessions’ chief of staff, Matthew Whitaker, would step in as acting attorney general.

Sessions’ departure capped a turbulent 20-month tenure at the helm of the Justice Department that got off to a rough start when he recused himself from overseeing the Russia investigation, then led by the FBI. He did so on the advice of Justice Department ethics officials, who said he should not be involved in the investigation of any presidential campaign of which he was a part.

The move led to the appointment of Robert Mueller as special counsel and infuriated Trump, who repeatedly blamed Sessions for allowing a “witch hunt” to continue on his watch.

While steadfastly implementing the president’s tough-on-crime and immigration agenda, Sessions, 71, a former Republican senator from Alabama, grew increasingly isolated from Trump, to the point that the president told an interviewer earlier this year, “I don’t have an attorney general.”

It remains to be seen whether Whitaker, based on an opinion piece he wrote that some saw as demonstrating a conflict of interest regarding the Mueller probe, will be compelled to recuse himself from oversight of the investigation.

Whitaker, a former federal prosecutor, wrote in the piece last year that Mueller was exceeding his authority by reportedly citing “non-Russian-related leads” as part of his probe into whether Moscow meddled in the 2016 election, and he urged Deputy Attorney General Rod Rosenstein to limit the scope of Mueller’s investigation.

Asked whether Whitaker would oversee the Mueller investigation, Justice Department spokeswoman Sarah Isgur Flores said via email, “The acting attorney general is in charge of all matters under the purview of the Department of Justice.”

Matthew Miller, a former Justice Department spokesman during the Barack Obama administration, said Trump should not be “allowed” to pick the person who investigates him.

“Both for that principle, and because Whitaker has written a blueprint for shutting the Mueller probe down, he should recuse himself,” Miller tweeted.

But John Malcolm, a former federal prosecutor now with the Heritage Foundation, a conservative research group, said he saw no reason for Whitaker to step aside from the Russia probe.

“He is the acting attorney general. He has no reason to recuse himself,” Malcolm said.