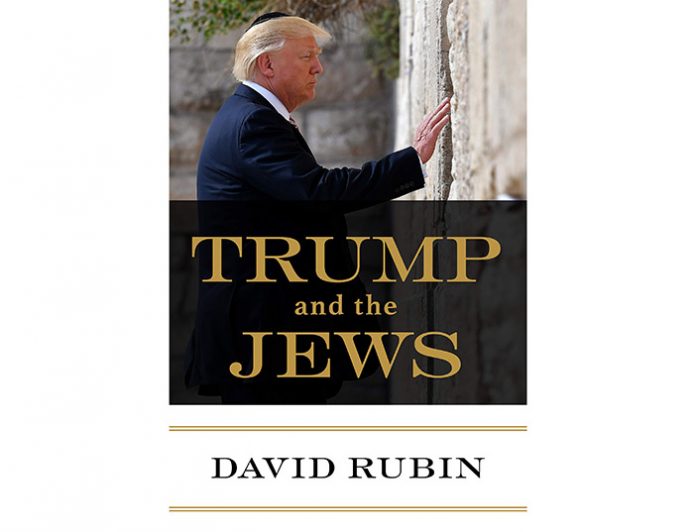 As four thousand Hondurans are marching north to America’s southern border, in an organized attempt to illegally immigrate, the media is again talking about this divisive issue that has polarized the American nation along political lines. In response, President Trump has threatened to cut off funding to Honduras, if it doesn’t stop the marchers in their race to the finish line.

Since Trump launched his presidential candidacy in 2015 with a promise to stop the seemingly unlimited breaching of America’s southern boundary by building a wall, the issue of illegal immigration has captivated and divided the American public like no other. Furthermore, his call for a halt to immigration from seven Muslim-dominant countries absolutely enraged many on the American Left, including many Jews.

They accused Trump’s senior advisor Stephen Miller, who happens to be Jewish, of hypocrisy, since he was one of the main architects of the Trump immigration policy, yet his grandparents were Jewish immigrants from Russia who were welcomed into the country!

Are such accusations justified? Can there really be an analogy made between the massive Jewish immigration of the early 1900’s, and the controversial immigrations of today?

In my new book, “Trump and the Jews”, I explained that Jewish immigrants to the United States were legal immigrants (with boat records to prove it) who came to Ellis Island on the New York shores wanting only to be “real Americans”. Many arrived with only the shirts on their backs, but they came to America to humbly work hard, to learn hard, and to achieve. Discrimination against Jews was a real issue in those days, but there were no “Days of Rage” in the Jewish community.

For American Jews, discrimination was an incentive to work harder and to be more entrepreneurial. After some years of working in sweatshops, the Jews started emerging from poverty, becoming managers of those same factories, and eventually starting their own thriving businesses, many becoming great American success stories.

The Trump immigration policy is one that is based on legality, merit and the desire to be loyal Americans. The building of a wall to stop illegal intruders is sound policy, that is based, at least partially, on the enormously successful hi-tech wall that Israel built on its own southern border with Egypt. Trump’s initiative to build a similar, albeit much longer wall, is fully justified, and should be built as soon as possible. Otherwise, the mad marches to the border will continue.

(David Rubin is former mayor of Shiloh, and the author of “Trump and the Jews”. Rubin also has written extensively about the Israel-US relationship, as well as the very real threat of Jihadist Islam to Judeo-Christian civilization. These books have included, “The Islamic Tsunami: Israel and America in the Age of Obama”, and “Peace For Peace”.He can be found at www.DavidRubinIsrael.com)