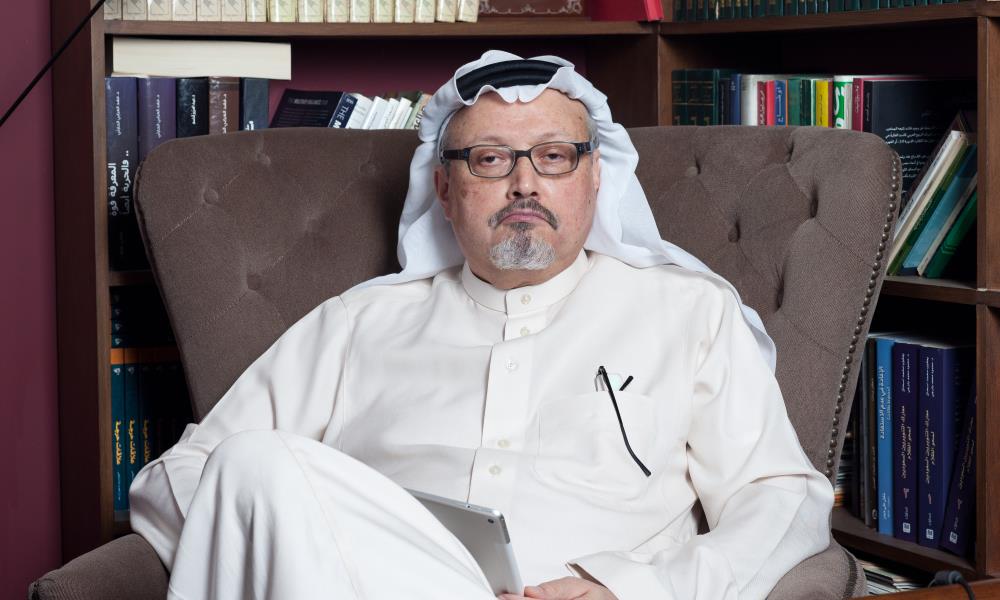 France and Germany are condemning the killing of Saudi journalist Jamal Khashoggi inside his country’s consulate in Istanbul.

French Foreign Minister Jean-Yves Le Drian called Saturday for an “exhaustive and diligent investigation to establish exactly who was responsible” for Khashoggi’s death. Le Drian also said “those guilty of the murder” must be held accountable for their actions.

German Chancellor Angela Merkel and her foreign minister, Heiko Maas, said in a joint statement Saturday that they condemned the death “in the strongest possible terms.” They went on to say “we expect transparency from Saudi Arabia” regarding the details of Khashoggi’s death and called the available information on the incident “insufficient.”

“Nothing has been explained so far,” Merkel said, “and we need to explain it.”

European Union foreign policy chief Federica Mogherini said Saturday that the circumstances around Khashoggi’s death were deeply troubling, and she called for a thorough, credible and transparent investigation.

The statements came in response to Saudi Arabia’s announcement that Khashoggi, who has been missing since entering the Saudi Consulate in Istanbul on Oct. 2, died inside the compound after “discussions” between him and people he had met inside the consulate turned into a fistfight.

Saturday’s comments were the first admission by the Saudi government that Khashoggi had died.

President Donald Trump, who was at a campaign-style rally in Nevada on Saturday, told reporters he was not satisfied with the Saudis’ explanation of what happened to Khashoggi. He added that it was possible Saudi Crown Prince Mohammed bin Salman had been unaware of the death.

Turkish officials had said they believed Khashoggi, a columnist for The Washington Post, was killed in the Saudi Consulate after he entered the building to collect paperwork for his scheduled wedding. Saudi Arabia had previously denied the allegations and said Khashoggi left the building shortly afterward.

Late Friday, the White House released a statement acknowledging “the announcement from the Kingdom of Saudi Arabia that its investigation into the fate of Jamal Khashoggi is progressing and that it has taken action against the suspects it has identified thus far.”

When asked about the Saudi announcement, Trump, who was holding a campaign-style rally in Arizona, told reporters, “It’s a big first step.” However, he said, “We do have some questions” for the Saudis, and added, “We’ll be working with Congress.”

He said he wanted to talk to the Saudi crown prince before the next steps were taken.

When asked whether the Saudis could produce a credible report about the killing of Khashoggi, Trump said, “We’re involved. Turkey is involved. … This has been a horrible event. It has not gone unnoticed.”

Before the Saudi announcement, Trump told reporters Friday that he might consider sanctions against Saudi Arabia over the disappearance of Khashoggi.

Trump had warned there would be “very severe” consequences if it was learned that Saudi Arabia was behind the disappearance of the journalist, but Pompeo said, “I’m not going to get into what those responses might be. We’ll certainly consider a wide range of potential responses, but I think the important thing to do is that the facts come out.”

The Palestinian Authority on Saturday expressed full support for the leadership of Saudi Arabia, in the wake of the murder of Saudi journalist Jamal Khashoggi at the Saudi consulate in Turkey by Saudi security officials.

The official PA news agency Wafa issued a short statement saying that “the State of Palestine stresses that the Saudi Arabian Kingdom under the leadership of the custodian of the two holy places, King Salman Salman bin Abdulaziz and Crown Prince Mohammed bin Salman, will continue to be a state of justice, values and principles.”

The statement further noted that “the State of Palestine praises the decisions taken by the custodian of the two holy places emphasizing the establishment of justice, integrity, facts and law.”