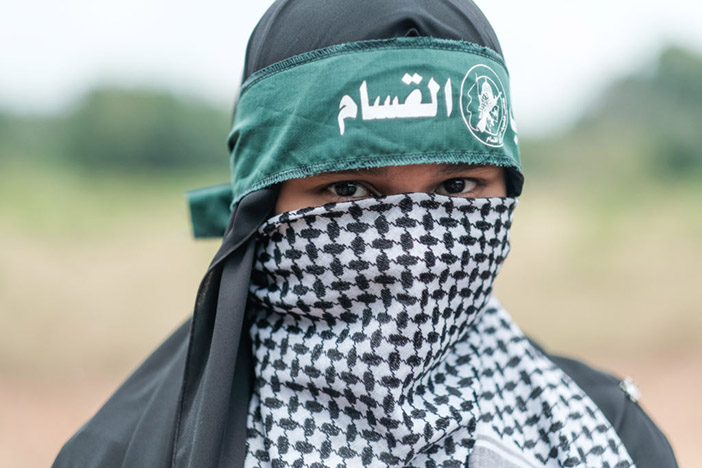 The Hamas terrorist organization has upped its demands for a cease-fire with Israel.

According to Hadashot, Hamas wants Qatar to give it $15 million on a monthly basis in order to pay its employees in Gaza..

Hamas head Yahya Sinwar has told Egyptian intermediaries that he will escalate the weekly border riots if the money is not transferred. Israel is considering how to respond to Hamas’ new demand.

On Friday, at least 40 rockets were fired from the Gaza Strip towards Sderot and the communities surrounding the Gaza Strip. About 10 of the rockets were intercepted by Iron Dome. In response, the IDF attacked some 80 terrorist targets in the Gaza Strip, including a four-story building used by Hamas’s security headquarters and a war tunnel.

Seven shock victims were treated by MDA teams in the area and two other people, aged 14 and 50, were lightly injured while they ran to the protected area and were treated there.

The IDF Spokesperson’s Office stated that “the Hamas terrorist organization bears responsibility for everything in and out of the Gaza Strip, and it will bear the consequences for terrorist acts against Israeli citizens.” Among the targets attacked during was a tunnel in Khan Yunis, an observation post in Beit Lahiya and two weapons production sites.

The Qatar Fund for Development announced Oct. 11 its intent to offer financial aid and relief projects worth $150 million to the Gaza Strip, upon orders from Emir Tamim bin Hamad Al Thani.

Meanwhile, many Qatari associations launched a relief campaign called “Gaza Deserves a Better Life” on Oct. 7, under the auspices of the Regulatory Authority for Charitable Activities. The effort seeks to collect millions of dollars in humanitarian aid for the Gaza Strip. The Qatar Red Crescent, the Qatar Charity, Education Above All and Silatech participated in the campaign.

The two-week campaign seeks to address the following urgent needs in the Gaza Strip: health, education, water and economic empowerment. The campaign ended Oct. 21. Donations reached 5 million Qatari riyals (about $1.3 million) by Oct. 16. The donors are anonymous and can make deposits at Qatari banks.

Before this latest campaign, Qatar had offered $60 million to buy the necessary fuel to operate Gaza’s only power station, in cooperation with Israel and the special coordinator for the Middle East peace process, Nickolay Mladenov. A total of 11 fuel trucks entered Gaza between Oct. 9 and 12. However, on Oct. 13, no more trucks were allowed to enter upon an order from Israeli Minister of Defense Avigdor Liberman, in response to the Palestinian protests on the Israeli border Oct. 12.

The Palestinian Authority (PA) complained to the UN secretary-general about Mladenov’s meddling in internal Palestinian affairs.

The PA also expressed anger regarding official Qatari aid, part of which reached the Gaza Strip directly and not through Palestinian governmental organizations. The PA warned that this support is an attempt to barter Palestinian political rights for humanitarian aid, ultimately separating the Gaza Strip from the West Bank.