Fairway Market, the New York area’s “Place to Go Fooding” on Wednesday morning October 10th, presented a celebration of food, wine, beer, condiments, confections and other gourmet specialties from an array of Israeli companies. The launch of the promotional campaign known as “Taste Israel” took place at the Fairway location on 12th Avenue in Brooklyn and featured a “world of flavors” which showcased newly imported products from Israel. Joining Fairway Market at the food extravaganza was the Israel Export Institute, Israel’s New York Consul General Office, the Israel Economic Mission to the US, the Israel Ministry of Tourism, El Al Airlines and Dan Hotels.

All of these brands and much more are available at all 15 Fairway store locations in the New York area. They include the Manhattan locations of Chelsea, Harlem, Kips Bay, Upper East Side, Upper West Side, (in Brooklyn) Georgetown and Red Hook, (in Queens) Douglaston, (on Long Island) Plainview, Westbury (in New York) Nanuet, Pelham Manor, (in NJ) Paramus, Woodland Park, (in CT) Stamford. 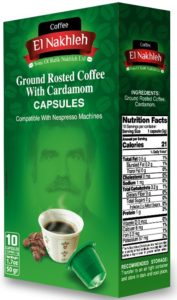 In store tastings will be held at all Fairway Market stores on October 13-14 and October 20-21. Times vary by store. Also, Fairway Market has announced the kickoff of a contest from October 12th – November 1st in which winners would receive 2 El AL roundtrip tickets to Israel and a 5 night stay at Dan Hotels throughout Israel.

Fairway Market had its humble beginnings as a small, corner, fruit & veggie stand on the Upper West Side of Manhattan. Since the 1930s Fairway Market has been committed to bringing customers excellent values, wide varieties, and the freshest foods.

In 1954, founder Nathan Glickberg and his son Leo partnered to grow the business with a fuller selection of grocery staples. At Leo’s wife’s suggestion, the store was named Fairway, after a business her father used to own. They called it a “lucky name.” The new store front, from the combined efforts of the father-son team, created the beginning of what is now the flagship store on Broadway & West 74th Street.

Fairway Market CEO Abel Porter introduced this year’s promotion at Wednesday morning’s kick-off. “The Israeli and also the Jewish community in New York are where our roots are,” said Porter. “We were founded in NYC. Our founder was part of this community, we continue to be part of that community and it is very important to our business.”

“Israel is a gastronomic superpower with some of the world’s finest offerings, many that are being highlighted as part of this program,” said Israel’s Consul General Dani Dayan. He spoke of the opportunities for a variety of Israeli only products in the New York market.

Richard Rosenberg, the executive director of Fresh Foods at Fairway Market said, “Israel’s culinary traditions comprise foods and cooking methods that span three thousand years of history. Over that time, these traditions have been shaped by influences from Asia, Africa and Europe, and religious and ethnic influences have resulted in a culinary melting pot and the creation of delicious and creative cuisine.”

He added: “Our travels to Israel enabled us to meet with over 50 artisans/producers – and one thing in particular stood out. The generosity and passion of every single person we net was overwhelming. The pride in the products that are made in Israel was evident at every turn. And the stores behind the owners of these products was every bit as interesting.” 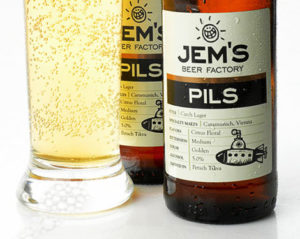 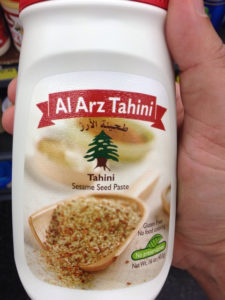 One Israeli company represented at the celebration is “Carmit” which specializes in the manufacturing, import and export of food products in the categories of chocolate, wager-bars, cookies & biscuits, eggs-free marshmallows, frozen snacks, crackers and pretzels – all made from high quality ingredients and based on the most updated nutritional and health values.

All products are gluten free, controlled sugar, dairy fairy, eggs-free and vegan-friendly as well as Non-GMO, GFCO Certified and with the Badatz supervision.