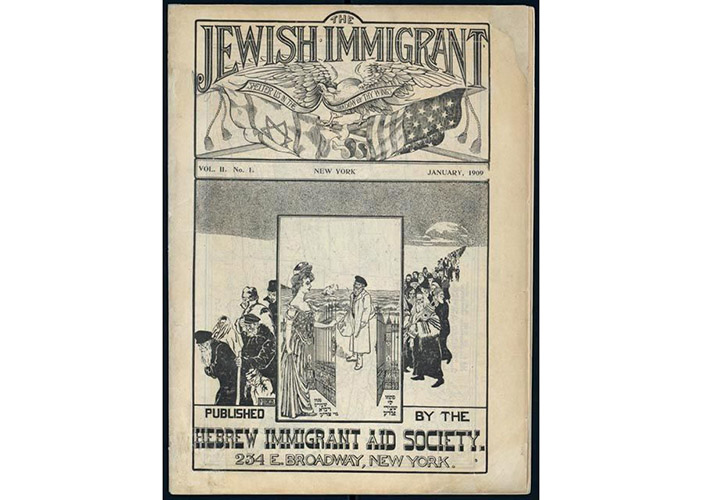 What role did the Hebrew Immigrant Aid Society (HIAS) play in Saturday’s shooting of 11 Jewish worshippers inside a synagogue in Pittsburgh, Pennsylvania?

Murderer Robert Bowers is said to have cited his hatred of HIAS as justification for his heinous crime.

HIAS was founded to assist Jews fleeing pogroms and violence in eastern Europe. It estimates that it has aided “more than 4.5 million people escape persecution” since it was established.

The previous weekend, HIAS organized “National Refugee Shabbat,” with events hosted at hundreds of synagogues around the country. One such community was Dor Hadash in Pittsburgh, which holds its services inside the Tree of Life synagogue.

“The group has also faced criticism over the years, including charges that it did not do enough to aid Soviet Jewish refugees seeking to relocate to the United States, and instead attempted to persuade many to immigrate to Israel,” noted the Jerusalem Post.

But what does the Hebrew Immigrant Aid Society (HIAS) have in common with such groups as the Church World Service, the Ethiopian Community Development Council, the Episcopal Migration Ministries and the International Rescue Committee? They are all part of the big business of bringing refugees into this country for permanent resettlement. Not only that, but these “refugees” who may be terrorist trained, once standing on U.S. soil have the right to bring their overseas relatives into this country to keep them company. So it’s like getting two threats for one.

HIAS has largely accomplished its original mission but to sustain its budget and stay in business, the agency has adopted a different objective. Since 2008, and with government funding to the total tune of about 120 million dollars, their new specialty is the resettling of Africans and Muslims into this country. No French Jews now under the gun or Christians persecuted in Muslim lands are on their “refugee” list. Yet they shamelessly still retain their “Hebrew” monicker and continue to push for funding from the Jewish community. In essence, they are scamming their Jewish donors for over 38% of their budget.

Having said this, the fact that HIAS has betrayed its mission, does not in any way, shape or form countenance the murder of Jews or anyone else.

Bowers is a virulent anti-Semite who has consistently posted bellicose rhetoric aimed at Jews; some of which rival the finely tuned propaganda machine of Nazi Europe.

HIAS cannot be held responsible for the heinous massacre of 11 Jewish brothers and sisters on that fateful Shabbat morning as much as President Donald Trump cannot be held responsible. But pointing fingers at the POTUS has been the order of the day amongst the hard left, extreme liberal individuals, organizations and media across the country and the around the world for that matter. Of course, one would be remiss not to mention that amongst those trying to convince us that Trump has created a climate of “hate” with his purported “Incendiary” words are left wing Jews.

Now is the time to grieve, to remember those precious souls who were ripped from us by a hate filled miscreant. Now is the time to unite, to organize for the future, to cling to our G-d and His Holy Torah as we storm the gates of Heaven with our prayers for salvation and comfort during these onerous times.