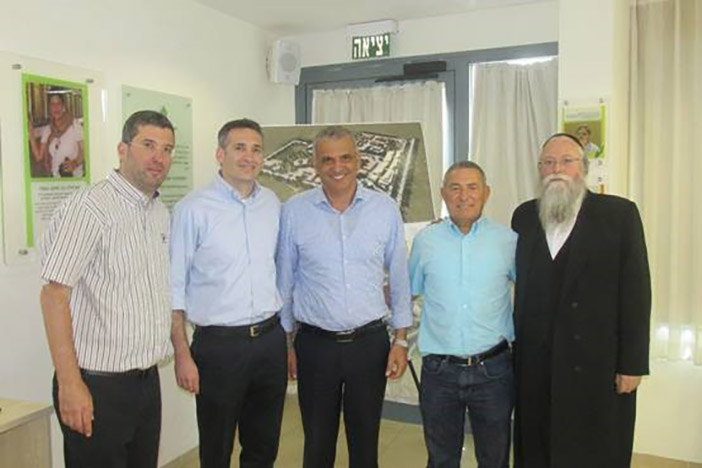 In September, ALEH (www.ALEH.org), Israel’s network of care for children with severe complex disabilities, announced that it has joined forces with Israel’s Ministry of Construction and Housing and the Merhavim Regional Council to develop a new inclusive town in southern Israel named “Daniel” that will help solve the country’s housing crisis, while simultaneously creating employment opportunities and enhancing Israel’s disability and rehabilitative care offerings. The Israeli government was quick to approve plans for the town, recognizing Daniel’s positive impact on Israel’s southern region and its social and medical significance for the country as a whole.

Slated for construction to the west of Ofaqim and adjacent to ALEH Negev-Nahalat Eran, the network’s southern based rehabilitative village, Daniel will integrate residents with severe complex disabilities as part of the communal fabric and provide housing for the medical professionals who will find employment at ALEH’s new Neuro-Orthopedic Rehabilitation Hospital, which is slated to open on the ALEH Negev-Nahalat Eran campus in early 2019.

“Not only will Daniel create an inclusive community, where individuals with disabilities will be treated with the utmost dignity and respect and enjoy full access to the necessary medical and special educational support, but it will also help solve Israel’s persistent housing crisis by providing affordable homes and gainful – and uniquely meaningful – employment at ALEH’s rehabilitative village and hospital,” said Avi Wortzman, Director General of ALEH Negev-Nahalat Eran. “We are thrilled that the government is backing the establishment of Daniel, which we see as the beginning of a movement to make true inclusion a societal norm.”

Upon its completion, Daniel will boast 500 housing units, bringing the region’s population to 2,500, including at least 10% of whom will be individuals with disabilities and special needs. The Ministry of Construction and Housing reported that there is already a high demand to live in the town, as it is will draw a wide variety of people, including the families of patients who will receive regular or long-term care at the hospital, staff of the rehabilitative village and hospital, young couples from the region looking for an exciting new community, and career soldiers who serve in the area.

“The establishment of new towns in the south will bring more people from Israel’s center to the south, strengthening its economy and increasing the safety of the overall area. And by partnering with ALEH, we will not only be creating jobs and impacting the bottom line but emphasizing social aspects like caring for the those with disabilities and special needs,” said Minister of Construction and Housing Yoav Gallant in a statement. “We are excited to work with ALEH to establish and develop this innovative, values-based, rural community.”