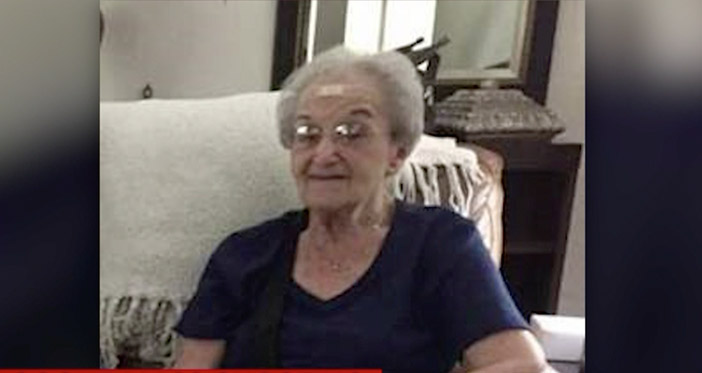 Sabbath for me represents a day of rest and time to spend with my family. I do not access the internet, listen to radio or watch TV. For one day of the week, I take it upon myself to completely distance myself from the problems of the world. As a result, I did not hear of the Pittsburgh synagogue massacre until after sunset.

Aside from the horrific magnitude of the attack, two things immediately jumped out at me. The first was the advanced age of the victims, which included 97-year-old Rose Mallinger. This aspect of the dreadful slaughter reminded me of the Park Hotel Massacre when on the evening of March 27, 2002, during the start of the Jewish holiday of Passover, a Palestinian terrorist entered the dining area of the Park Hotel located in the resort city of Netanya, and detonated his shrapnel-laced bomb. The massive explosion killed thirty holiday-goers most of whom, like in Pittsburgh, were elderly.

The second thing that struck me was the sheer disingenuousness and hypocrisy of well-known anti-Semitic leaders and groups looking to score political points on the backs of dead Jewish victims. The Hamas terrorist organization, which has the blood of thousands of Jewish victims on its hands contemptibly said it was, “sorry to hear about the terror attack,” and then outrageously linked the attack to legitimate efforts undertaken by Israel to defend her citizenry.

Hamas’s enablers like Turkish President Recep Tayyip Erdoğan joined in on the action and issued faux condolences. Erdoğan is an anti-Semite to his core. He has dabbled with Holocaust revisionism, has compared Israel to Nazi Germany, claimed that Israel committed “genocide” against the Palestinians, alleged that Israel along with Jewish intellectual Bernard Henri Levy engineered the coup that saw the overthrow of Egyptian Muslim Brotherhood leader, Mohammed Morsi, and linked Jews to the fomenting of the 2013 Gezi Park riots.

Joining the chorus of fake expressions of sympathy was the Palestinian Authority, whose noxious octogenarian leader Mahmoud Abbas, is a confirmed Holocaust denier. On April 30, 2018 he publicly stated in a rambling televised address that the Holocaust was not the result of inherent German anti-Semitism but was rather brought upon by the Jews themselves due to their “social behavior” and alleged usurious conduct. Some other gems of his longwinded speech included the claim that Hitler was a Zionist sympathizer (a claim that has been regurgitated in British Labour Party circles), that Ashkenazi Jews are fake and descendants of the Khazars, and that Jews are not indigenous to Israel but are rather a foreign colonialist implant. In his 1982 dissertation Abbas alleged that gas chambers were never used to asphyxiate Jews and dismissed as a “fantastic lie” that six million Jews perished in the Holocaust. He claimed that the figure was less than 1,000,000.

On November 18, 2014 two Palestinian terrorists, armed with pistols and hatchets burst into the Kehilat Bnei Torah synagogue during prayer services and began to systematically hack away and shoot at every worshiper they saw. When the bloodletting ceased, five innocent people, including four congregants and a policeman, were killed. Abbas remained mute and only after some heavy arm-twisting from Secretary of State John Kerry, did he offer half-hearted condemnation, which unsurprisingly, was looped along with alleged Israeli transgressions.

The Holocaust denier’s “condemnation” of the Har Nof massacre was dictated by political expediency and not by any real moral anguish. And his instant condemnation, guided by the same twisted moral compass, is no less fraudulent.

I reserve the best for last. In September 2014, the Britain’s Labour Party chief, Jeremy Corbyn laid a wreath to commemorate Palestinian terrorists who plotted the murder of 11 Jewish athletes in Munich at the 1972 Olympics. Corbyn’s long history of antisemitism is well-known, and vile. A recent poll conducted by the Jewish Chronical showed that a staggering 40 percent of Britain’s Jews would seriously consider leaving Britain if he became prime minister. And Britain’s leading Jewish newspapers have all termed Corbyn an “existential” threat to British Jewry.

Despite his hatred of Jews and the Jewish State, and his admiration for groups like Hezbollah and Hamas, Corbyn tweeted the following in response to the Pittsburgh shooting; “My thoughts are with those killed or injured in this horrific act of antisemitic [Sic] violence, and with their loved ones. We must stand together against hate and terror.” Corbyn, who has allowed the Labour Party to devolve into a haven for anti-Semites, and never once condemned an act of anti-Semitic violence committed by Palestinian terrorists against Jews, suddenly found a suitable time to flash his anti-Judeophobic bonafides. It represents a revolting display of political opportunism.

Corbyn, Abbas, Erdoğan and others of similar ilk at best believe that there is a hierarchical structure to antisemitism; that some acts of violence directed at Jews are acceptable while others are slightly less acceptable. Hence, they feign outrage when Jews are murdered in a Pittsburgh synagogue but remain silent (and sometimes cheer) when Jews in Israel and Munich are murdered. The sad reality is that these rancid folk could care less about a synagogue in Pittsburgh and are merely exploiting the tragedy in a self-serving manner.

Twitter user Mirabelle Ward summed it up best when she tweeted, “If the majority of the mainstream Jewish community thinks you are antisemitic, no matter how vehemently you may disagree, you should just keep your thoughts and prayers to yourself today. It’s not helpful. The only possible motivation is self-serving.”