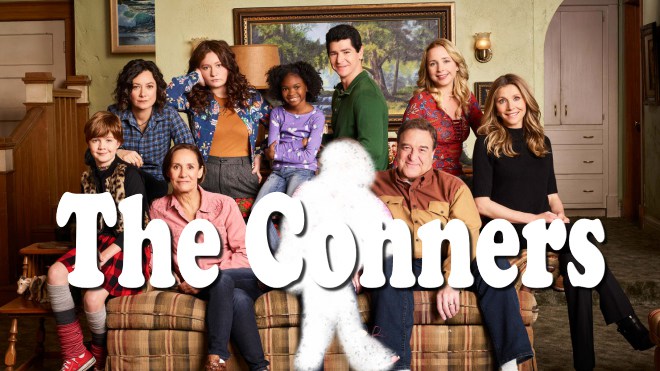 Roseanne Barr will not wish the new sit-com spinoff “The Conners” to fail nor will she hope it succeeds, however she will try to avoid watching it on TV and instead will travel to Israel to study about her roots and religion with Rabbis and teachers, according to the Times Of Israel.

She said that she is going to go and study “with any rabbi that I can ask to teach me.” She also said: “It’s my great joy and privilege to be a Jewish woman.”

Her appearance on Boteach’s show came shortly after her former co-star  John Goodman explained to the London Times that Barr’s character will be killed off in order to create the new 2nd spinoff to the original 90’s sit-com Roseanne without the star.

Rosanne told Boteach that she will neither “curse it or bless” the spinoff show.

Roseanne last appeared on the rabbi’s podcast two days after ABC canceled her popular show, a reboot of her late 1980s sitcom, over a tweet mocking Valerie Jarrett, a former adviser to President Barack Obama and an African-American woman.  In addition to the comments about Jarrett where she Tweeted that  Jarrett looks like   “muslim brotherhood & planet of the apes had a baby”, she   claimed Chelsea Clinton ​is married to George Soros’ nephew and that George Soros is a “Nazi who turned in his fellow Jews 2 be murdered in German concentration camps & stole their wealth.”

Barr has publicly apologized about the Jarret comments several times including the above mentioned previous appearance on Boteach’s podcast where she “I’m a lot of things. I’m a loudmouth and all that stuff, but I’m not stupid, for G-d’s sake, and I never would have wittingly called any black person…say they are a monkey. I never would do that! And I didn’t do that. And if people think that I did that it just kills me. I didn’t do that, although they think I did. And if they do think that I am so sorry that I- ya know, it was so unclear and stupid. I’m very sorry but I don’t think that, I never would do that.”