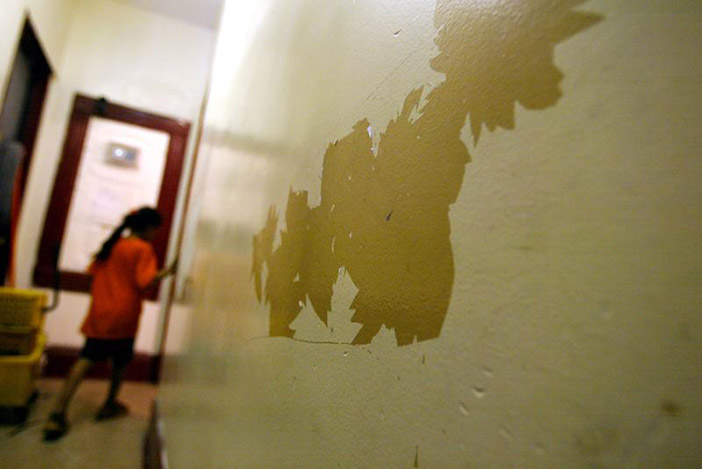 New York City, amazingly, has never brought a case against any landlord for failing to inspect apartments for lead in the 14 years since a landmark law was enacted requiring such inspections, according to a report released Tuesday.

That report arrives only weeks after city officials finally admitted that 1,160 children who live in public housing tested positive for levels of lead considered dangerous by the federal Centers for Disease Control, according to the New York Post.

According to the group New York Lawyers for the Public Interest, Local Law 1 aimed to end lead poisoning in New York City by 2010, but more than 61,000 children under six have had elevated blood lead levels since 2010, according to the report, which contains multiple specific examples of New York failing to take enforcement action against negligent landlords.

According to the most recent Department of Health and Mental Hygiene (DOHMH) data, 97% of the children found to be lead poisoned since the beginning of 2010 resided in private dwellings. The groups examined data on violations and enforcement actions from the DOHMH and the Department of Housing Preservation and Development (HPD), which shows that HPD is failing to enforce the primary prevention measures of Local Law 1, whose goal was to make landlords responsible for proactively finding and abating lead paint hazards before children became lead poisoned, and to eventually remove all lead paint hazards from private rental dwellings throughout the city.

“Obviously, without enforcement, negligent landlords will continue to violate this essential obligation with complete impunity, resulting in the continued exposure of vulnerable children to lead-based paint hazards,” said Rachel Spector, Director of the Environmental Justice Program at New York Lawyers for the Public Interest, one of the groups behind the report. “Meanwhile, we are harming children’s developing brains and bodies. New York can do so much better than this by living up to the ambitious intent of the 2004 law.”

Adriana Espinoza, New York City Program Director at the New York League of Conservation Voters, said: “When our laws are not properly enforced, New Yorkers can be left vulnerable and the consequences can be dire. New York City must live up to its ambitious lead poisoning prevention policies and provide adequate enforcement against landlords who negligently allow families to live in homes with hazardous lead paint. This report shows a lack of enforcement of Local Law 1 that has left children exposed to lead hazards. New Yorkers deserve better.”

“We frequently work with tenants who have been exposed to lead levels well above the legal threshold, especially in cases where their landlord is doing luxury rehabilitation work in pre1960 buildings,” said Liam Reilly, with the Cooper Square Committee.

“When the safe work practices outlined in Local Law 1 of 2004 are not enforced, tenants in gentrifying neighborhoods who have decided to stay and fight for their homes can be subjected to toxic levels of lead dust. Aggressive landlords understand the threat that these disruptive renovations bring and often ignore the safe work practices in it in an attempt to potentially push out the remaining rent regulated tenants from the buildings.”