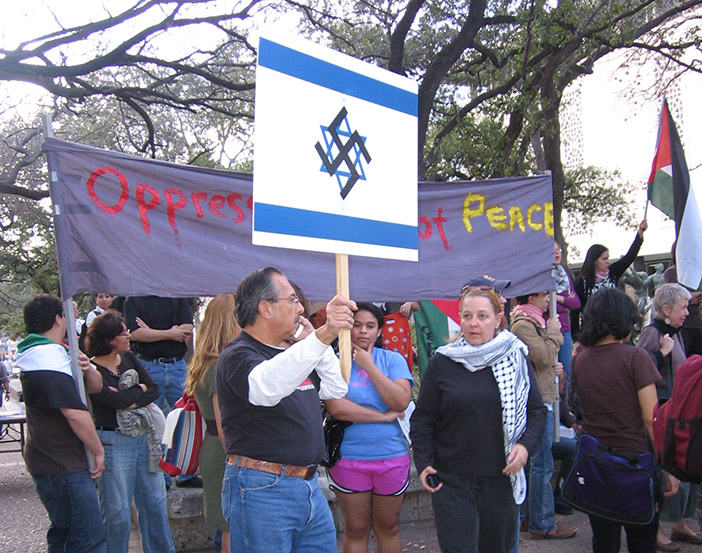 AMCHA Initiative last week launched its new ‘Anti-Semitism Tracker’ with a powerful and user-friendly search engine that will provide the public with unprecedented access to information and photo documentation about anti-Semitic incidents that occurred on campus between 2015-2018. AMCHA is the only organization that makes its database of all reported incidents of campus anti-Semitism accessible to the public.

One category of the search engine is solely devoted to chronicling BDS activity, allowing users to easily access BDS events, divestment votes, event shut downs and disruptions, as well as to locate faculty who have signed publicly-accessible petitions calling for an academic boycott of Israel.

“An important part of AMCHA’s mission is to document and expose incidents of campus anti-Semitism and make this information easily and readily available to the public,” stated AMCHA’s director, Tammi Rossman-Benjamin. “We hope our new searchable databases will make it easier for parents, students, alumni, researchers, journalists and anyone in the community to access the information they are looking for.”

AMCHA also unveiled new photo and video libraries where colleague organizations, the public, authors, publishers and journalists can access, and republish, photo and video documentation of recent incidents. In addition, through the new webpage, students will be able to submit photos and videos of the anti-Semitism they witness in real time.

“Today every student has ready access to a camera on their phone,” added Rossman-Benjamin. “They will now have the opportunity to take a more active role in documenting and exposing the anti-Semitism they witness.”

Many of AMCHA’s most popular website tools, including its swastika tracker, divestment scorecard, anti-Zionist campus group locater (including campuses with SJP chapters), disruption tracker and ‘Student Voices’ page with more than 700 student testimonials, will now include enhanced search capabilities as well.

AMCHA Initiative is a non-partisan, non-profit organization dedicated to combating anti-Semitism at colleges and universities in the United States